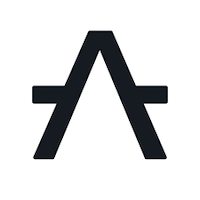 What is Aleph Zero (AZERO)?

Aleph Zero is a privacy-enhancing, Proof-of-Stake public blockckchain with instant finality. It's enterprise-ready, high-performance network is built on a novel, Directed Acyclic Graph (DAG)-based consensus protocol that has been peer-reviewed and presented at an ACM conference. Aleph Zero uses the DAG as an intermedriary data structure, but can still be categorized as a blockchain.

To date, Aleph Zero raised $15m for continued development, integrating with the Substrate stack, and expanding the team. Project has been initially bootstrapped by the founding team in early 2018 as well as friends and family through a pre-seed round. The seed round has been largely concluded by December 2020. Public presale, community rounds and the public sale have all been concluded in 2021.

The first version of the Aleph Zero mainnet went live on November 10th, 2021.

Aleph Zero is a part of Substrate Builders Program, however, Aleph Zero is not a Polkadot parachain but a sovereign ecosystem.

AZERO is the native coin powering the Aleph Zero platform.

The team working on Aleph Zero continues to grow and now consists of over 40 individuals contributing towards the network development and adoption.

On the business front, our employees and contractors gained experience at prominent startups, scale-ups, and corporations.