The Negative Rake: How Marketplaces Can Solve An Age-Old Dilemma.

The Negative Rake: How Marketplaces Can Solve An Age-Old Dilemma. 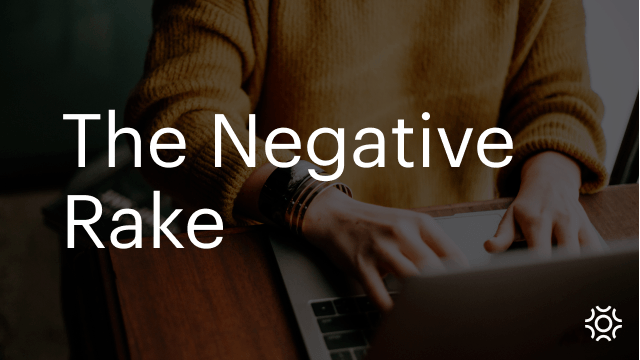 I’ve spent my entire career building and investing in two-sided marketplaces that were doomed to fail.

On paper, they did plenty fine. My first startup, the local shopping site MarketSquare, was acquired by Intuit. My second, DriverSide, which connected commercial auto shops to customers, was bought by Advance Auto Parts. Another company I co-founded, Doctor on Demand, raised $235M and continues to thrive while matching telehealth patients with board-certified physicians and psychologists.

But for all their success, each one of those marketplaces faced a fatal, potential-limiting flaw. It’s a problem familiar to all of us who have built or invested in these businesses: the fact that their path to profitability is an ever-increasing rake.

It’s the exact problem Bill Gurley of Benchmark wrote about in his 2013 piece, “A Rake Too Far.”

In a casino, a “rake” is the portion the house makes for each hand it deals. In business, that sleight of hand has many other names: fees, taxes, the take and, in the worst cases, the grift.

Greedy, short-term thinking leads two-sided marketplace operators to often maintain high rakes, extracting as much as they possibly can from their users.

But something funny happens when you push users to their brink: They push back. Before long, extractive marketplaces are doomed to see the very users that make them valuable ditch them in droves.

The driving force behind their downfall is nothing new. In fact, it’s No. 1 on Peter Drucker’s list of Five Deadly Business Sins: “Worshipping profit margins and premium pricing,” as Gurley notes in his piece.

Or, put another way: Two-sided marketplaces that kneel at the altar of ever-increasing rake are destined to be felled by it too.

The Crypto-Powered Solution: 'The Negative Rake'

For years, this rake problem bothered me. I’ve never been willing to accept a status quo that doesn’t make sense for those it’s supposed to serve. That’s why I’ve been a serial entrepreneur, investing in ideas that, by their very nature, challenge orthodoxy.

In theory, the solution was simple enough: If high rakes create misaligned incentives and erode network effects in marketplaces, then a negative rake would do the opposite.

However, that simple theory is tricky in practice. After all, what kind of marketplace — or any business, for that matter — would give users back cash for using their platform?

But then crypto tokens and decentralized finance emerged. And, suddenly, the path to a negative rake became clear.

While it may have never made sense for traditional Web2 marketplaces to pay their users, it makes a ton of sense to give users on Web3 networks something that could be even more valuable: control and ownership in the marketplace itself.

Crypto tokens can be programmed to govern a marketplace, with, for example, each token representing one vote on key decisions.

The more tokens one has, the more control one would have over the rules and future of the marketplace where they make their living.

That may seem like a counterintuitive, even strange concept, after centuries of watching workers toil in marketplaces owned by an elite few. But if you think about it, what could be more democratic?

The people who do the most to build a marketplace earn the most say over it.

Meanwhile, the marketplace thrives, because its users have ownership over it and, thus, are naturally incentivized to contribute to its success.

The more participants in a marketplace, the more valuable that marketplace becomes. That’s the simple driving force behind the principle of network effects.

With each transaction, the marketplace grows its liquidity: It has more buyers, more sellers, meaning more supply and demand. And as both sides of that equation grow, so too does the value of the marketplace to all of its users.

Their fatal flaw leads most traditional Web2 marketplaces to fall short of their maximum potential, as they inevitably raise their rake so much that both buyers and sellers flee.

But what if there was a marketplace where each transaction rewarded users on both sides of the deal with more ownership and control?

These are just three examples of how tokens can ignite a community and give them a sense of control and ownership over the marketplaces where they choose to spend their time and money on.

The Negative Rake, powdered by a crypto token, is the answer to Gurley’s core challenge described in “A Rake Too Far.” It’s a powerful tool in realigning incentives between marketplaces and those who transact on them, building even stronger and robust network effects.

For that reason, low or no fee Web3 marketplaces are poised to outperform outdated Web2 marketplaces. Take it from someone who built them.