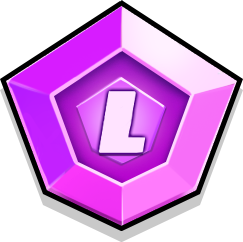 What Is Luna Rush (LUS)?

Luna Rush (LUS) is a play-to-earn idle role-playing game on Binance Smart Chain (BSC). Designed in an anime style with strategy elements, Luna Rush features warriors and heroes fighting with flamboyant effects to level up and become more powerful. Players can choose whether to fight other players, cooperate with friends, or engage in a tournament mode. They can choose their main character from a selection of 11 different warriors, who possess unique skills and can be bought on the marketplace or summoned from the game store.

Launched in Q4 2021, Luna Rush has drawn up an ambitious roadmap for 2022. After finishing its IDO and releasing the browser game version at the beginning of 2022, Luna Rush will introduce Metaverse elements and staking in the second quarter of the year. Moreover, the developers will launch its NFT marketplace and a mobile version of the game in the third quarter, as well as publish a one-on-one tournament mode and three-on-three game mode in the fourth quarter.

Who Are the Founders of Luna Rush?

Luna Rush was launched by a Vietnamese development team made up of six core members. CEO and founder Thai Ngo has been leading Helios Entertainment, the company behind the game, for more than three years. Before that, he graduated with a Master’s degree in Computer Science from Kyung Hee University Korea. The company’s CMO is Nhut Tran, an experienced marketer that has over nine years of experience in the field. CTO Tai Ta is a blockchain researcher and investor with over ten years of experience developing large-scale systems.

Luna Rush lists more than 30 investors on its page, the most reputable among them being BSCStation, Launch Zone, and Infinity Pad.

Luna Rush displays many standard features of play-to-earn games. For instance, players choose from 11 different female warriors that all come with a unique skill set. All warriors have Japanese names and are drawn in anime style, each with their own background story. Players can increase their strength, learn more skills, gather more weapons, and raise more pets. Skills are divided into health, endurance, strength, and agility.

Each warrior has a different rarity level. The rarity level influences a warrior’s maximum level, and the maximum number of skills learned. In total, there are seven rarity levels in Luna Rush. Furthermore, warriors can acquire different types of weapons as bonuses. Moreover, warriors can be upgraded with pets to assist them in battle.

In boss battle, players bring one to three warriors to hunt the boss. Every day, players can go through up to 10 boss maps to play in and unlock rewards. In PvP mode, players compete with their warriors against other players. Each win yields rewards in the form of tokens and experience points that can be used to buy skills and weapons. Players can also win trophies to climb up the leaderboard and win prizes for ranking high. In the future, a three-on-three PvP mode will be available. In tournament mode, warriors compete against other warriors to find out who the strongest is. To compete in tournament mode, warriors have to reach a certain level.

With future updates, Luna Rush will also have purchasable real estate in the form of 6,000 land plots that can be used to do quests and collect fees for renting it out.

Check out My DeFi Pet (DPET) — a pet-based NFT game.

How Many Luna Rush (LUS) Coins Are There in Circulation?

The total supply is 350 million LUS, according to the following distribution:

All tokens will be emitted over 36 months.

How Is the Luna Rush Network Secured?

LUS is a BEP-20 token on Binance Smart Chain (BSC).

BSC is secured using a proof-of-stake (PoS) consensus mechanism. 21 validators are elected every 24 hours to validate transactions and maintain the blockchain’s security. These validators have to stake a certain amount of Binance Coin (BNB) with Binance to be eligible.

Luna Rush has been audited by Verichains, and no critical vulnerabilities were found.

Where Can You Buy Luna Rush (LUS)?

LUS is available on Pancakeswap (V2) and Bitrue.