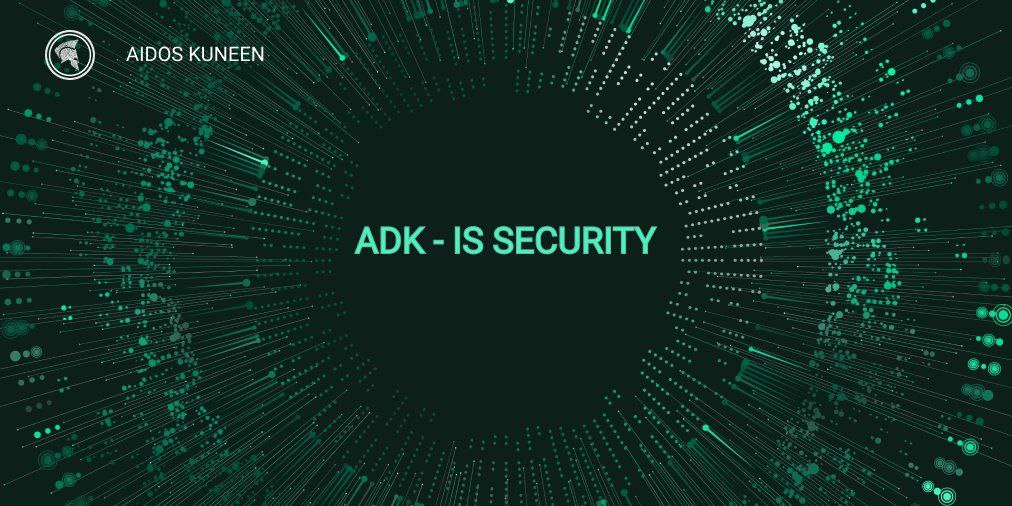 In a fully digitalized world, security is important - is our priority. Our project was created to give users the most important thing, freedom and security in finance.

🔹Do you know ADK

🔰The technology stack of Aidos enables users to spend their tokens freely without any fear of being tracked or tainted. Even though the design differs from existing heavy and complex blockchain like Bitcoin and other crypto-currencies, Aidos still remains the core principles of openness, decentralization and improved privacy. Aidos will also be ready to be used with and plugged into Internet of Things, enabling participation in an ecosystem of billions of devices

🔰QUANTUM SECURITY Supercomputers are today's most powerful computers, with a classic architecture. Quantum computers, on the other hand, have only been theorized so far and some tiny prototypes have been built. When quantum computers are a thing, most current cryptography (and cryptocurrencies) will no longer be secure. For this reason, mathematicians and computer scientists have invented new cryptographies which will be unbreakable even by quantum computers. ADK already uses a quantum-secure cryptography: the Winternitz one-time signature scheme.

🔰NO CHAINS Aidos Kuneen is based on IMesh, an innovative new distributed ledger which is based on a DAG (directed acyclic graph), in which every transaction directly verifies two other transactions and therefore confirms that they are valid and conform to the protocol’s rules.

🔰100% ANONYMOUS The Aidos transaction system is based on a directed mesh with I2P as underlying network layer, protecting its users from having their identities revealed. Furthermore the usage of AKshuffle keeps user anonymous, therefor making transactions 100% invisible and untraceable