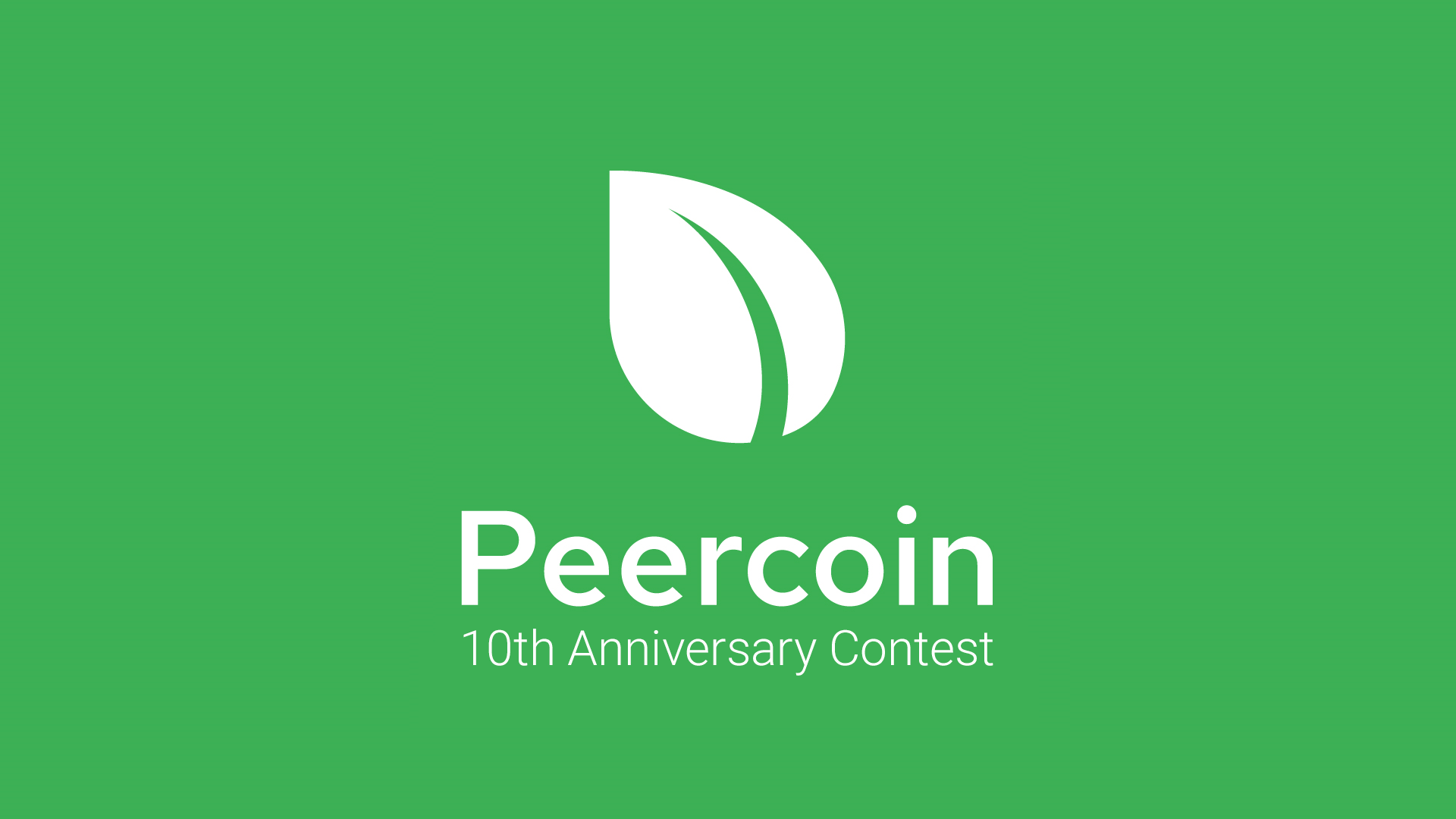 Launched in 2012, Peercoin, the first and oldest Proof-of-Stake blockchain, is the original pioneer of sustainable, green blockchain technology. For the first time, Peercoin replaced energy intensive mining with a consensus protocol based on time scarcity, giving all coin owners the power to produce new blocks.

August 19, 2022 marks the 10th anniversary of both the Peercoin blockchain, and Proof-of-Stake consensus. Over the past decade, Peercoin has proven that it is possible for a blockchain to be secured without dependence on energy consumption from mining. 10 years of stable, sustainable operation (with no downtime) is a testament to the quality of the network, consensus protocol, community, team and overall vision.

To celebrate our first decade of successful operation, we’re holding a contest with 8,000 coins as prizes donated by the Peercoin Foundation.

How to Participate, Prize Pool & Tasks to Complete

First, here’s the link to get started: https://app.fyre.hypersign.id/form/peer-into-the-future-10th-anniversary-contest
Contest Dates: August 16 - August 31, 2022
Prize Pool: 8,000 PPC; 500 Total Winners
Prize Distribution:
Wallets: You’ll need a Peercoin wallet if you don’t have one so you can store your PPC winnings. Download your Peercoin Wallet here: https://www.peercoin.net/wallet. You can also use unofficial wallets, such as Coinomi: https://www.coinomi.com/en/
Tasks: To enter Peercoin’s 10th anniversary contest, you must complete the following tasks:
Contest link: https://app.fyre.hypersign.id/form/peer-into-the-future-10th-anniversary-contest

Why Own Peercoin (PPC)? It's Built to Last!

Peercoin is one of the original crypto projects, built with long term sustainability in mind. Ongoing development has maintained and improved the protocol since 2012, while other projects have faltered.

As the first proof-of-stake protocol, Peercoin is a green and sustainable network with many advantages:

Earn Minting Rewards: By joining Peercoin’s 10th anniversary contest, you have the opportunity to win peercoins. By running a minting node with these coins, you can get rewarded for participating in the minting process and producing blocks:

In short, owning peercoins makes you a part of one of crypto’s longest-running projects, and gives you a chance to participate in a global consensus process with opportunity for block rewards. With plenty of room for growth, a sustainable network, governance/reward opportunities, and a coin whose value has stood the test of time, you would be wise to join Peercoin’s 10th Anniversary Contest and start minting!