What Ethereum’s upcoming ‘Merge’ means for the crypto world?

What Ethereum’s upcoming ‘Merge’ means for the crypto world? 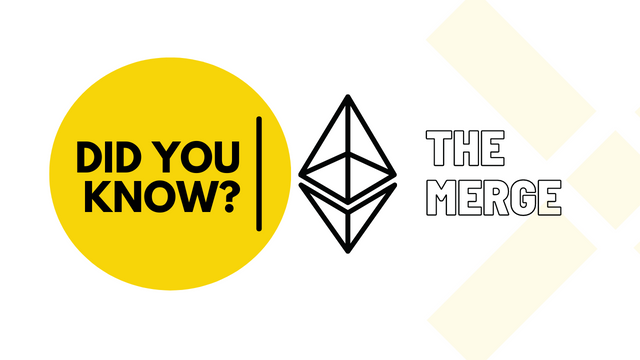 Ethereum, known for hosting the popular cryptocurrency Ether on its blockchain, is set to undergo upgrades sometime in the next few months. This upgrade will be known as the merge, or a transition to a ‘proof-of-stake’ (PoS) consensus mechanism that is less energy-intensive and ultimately more environmentally friendly.

Under PoS, transactions are verified on the blockchain by various nodes. Owners of various cryptocurrencies can then stake their coins to create their validator nodes on the network, verify transactions, and get back crypto as a reward. This stands in contrast to the consensus mechanism Ethereum currently uses, Proof-of-Work (PoW), which first requires mega computers that take up a lot of energy to race for the right to verify transactions.

But what could the upcoming merge mean for the wider crypto world?

Smaller, start-up blockchain ecosystems often find PoS more advantageous to use. Not only is it more environmentally friendlier, but the possibility of using less computer power makes it cheaper to use. Pundi X Chain has adopted PoS which we think is capable of creating a scalable, decentralized ecosystem that fulfills the needs. With PoS, Pundi X Chain is gearing up to implement features that will be decided by the holders.

Given that PoS has proven its efficiency and capability, Ethereum’s supporters have touted the merge as a way to maintain the blockchain’s quality without having to deal with PoW’s drawbacks. Bitcoin, for example, has often come under scrutiny over its energy consumption.

What does the merge mean for the crypto world?

One of the biggest repercussions of the merge is that it will make machine mining on the blockchain obsolete because validators will no longer need to invest in increasingly complex computing/mining rigs. This could start an overall trend in crypto where using intensive computing power to mine is increasingly irrelevant. Despite the disappearance of computing power-intensive mining; however, we believe that mining will be more environmental and practical to encourage the growth of the network. This is because Ethereum will be free to operate without increasing scrutiny over its environmental impact, making it more attractive to holders.

On the other hand, some concerns moving to PoS pose a threat to the decentralization of Ethereum’s decentralized finance (DeFi) applications. Concerns come from a hypothetical scenario where one big coin holder stakes more coins than anyone else, thereby monopolizing the right to validate transactions. If this player manages to centralize the blockchain andkeep out other validators, this would ruin the idea of DeFi apps thriving through Ethereum.

Some staking platforms have already come under fire for potentially centralizing the Ethereum blockchain. Critics fear it’s already on its way to monopolizing key parts of the Ethereum network. Yet the platform itself has tried to quell these concerns, releasing a statement disavowing any attempts to monopolize Ethereum.

Despite criticism, Ethereum will likely push forward with the merge. The crypto world will take PoS more seriously. In the future, expect up-and-coming blockchain projects to follow in the footsteps of startups like Pundi X and wholeheartedly embrace PoS. Currently close to 90% of the PUNDIX token circulating in the market is ERC-20. 10% of the total supply has been delegated to Pundi X Chain to participate in governance and receive the block rewards. Once the governance voting mechanism is ready, the PUNDIX delegators will participate more in chain development and make the operation more interactive and decentralized.

The last Ethereum testnet upgrade will be happening soon, starting from Aug 4 2022. For ETH the validators, this is the last opportunity to ensure all are correctly configured before the mainnet transition.

What do you think about impact that the Ethereum's Merge brought to the overall crypto community?