Decentralised exchanges and their benefits

Decentralised exchanges and their benefits 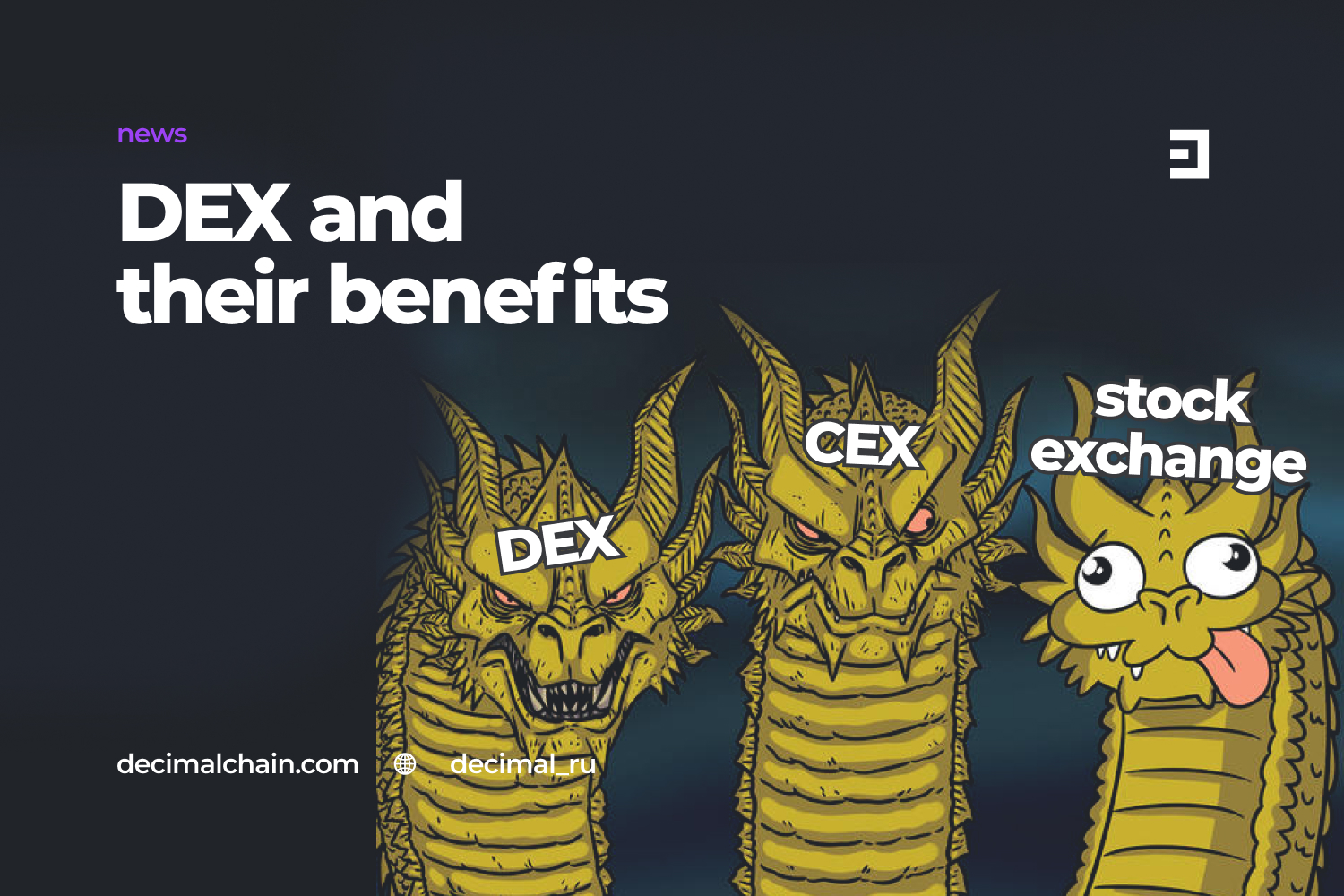 At the beginning of cryptocurrency there were no special exchanges which we have now. Anyway, crypto enthusiasts needed to change, sell and buy crypto. First crypto exchanges looked like forums and simple software, including changing and selling features. Mt. Gox was one of the first exchanges and after 5 years was hacked and stopped working. Attacks had been happening since 2011 and after a while 744, 408 BTC was stolen. As a result, in 2004 the exchange scammed, closed and lost 850,000 BTC.

The definition and main keys

CEX has its own database which keeps users’ info and native software for all operations and transactions. The exchange is running all transactions after user deposits to his account and the user isn’t allowed to do internal processes. The customer doesn’t have the necessary private keys for the wallet and for withdrawing, so he has to ask exchange for the key. Centralised exchanges belong to corporation and under the law of its jurisdiction. Nevertheless, the best part of working with CEX is that the exchange has a payment gateway and the ability to deposit in fiat, not just cryptocurrencies.

Decentralised exchanges work variously because all actions happen on blockchain where information keeps and with smart contracts which provide transaction execution. You don’t even need to trust DEX unlike CEX. Some users care a lot about his security and privacy that’s why they prefer working in DEXs. Any transaction happens between two parts without a third part.

The differences between CEX and DEX

On centralised exchanges, information about participants and transactions are stored in a single exchange database: all processes take place internally without the user's engagement. However, users place an emphasis on keeping their data safe, as it is unlikely to end up on the Internet. In addition, the information about the transactions will not be known to all people, because it remains in the exchange's databases. Transactions are faster than on blockchain, because there is no need to wait for a miner to approve the transaction and add it to the blockchain. You will find various professional tools for trading, which are common to all traders on CEX. Newbie would have to deal with verification and unstable exchange rates because it influences pricing. The Achilles heel of a centralised exchange is the dependence on governments and politics, the exchange can block or restrict the actions of a user or group of users. The political situation of the last 4 months, for instance, made Binance block the accounts of some Russians and forbid them to keep more than $10,000 on their exchange wallet.

The decentralised exchange is anonymous and protected from state and political influence. You do not have to be verified to use the platform, it does not keep user data, works on smart contracts and is based on blockchain. Transactions and details of them are stored in the chain. Although this may sound good to some people, there are some disadvantages of working with DEX: less liquidity at the moment, compared to CEX, not so large range of tools for work and no possibility to use fiat for depositing. Still, despite the less functionality, DEX still stands outside of government policy. The exchange cannot block a user's account at will or just like that, and participants keep their assets in their wallets. Both of these points create a sufficient level of protection and security against hackers and unforeseen situations. Regardless, any exchange is not completely protected against cybercrime.

Mt. Gox was the first exchange to be hacked into. Over the past few years, there have been many incidents of hacking attacks on cryptocurrency exchanges, among them both decentralised and centralised ones, such as: Coincheck, KuCoin, Waves and others.

The Decimal Team partners are developing the exchange and will launch DEX - Dels.io - after the release of DSC (September 2022). DEL 80,000,000 ($7,680,000 at the time of writing) has been reserved to provide support for the exchange. The exchange is a DEX in which you can use existing liquidity pools or create your own. In addition to liquidity pools, there will be a function to create pairs of coins or use ready-made ones for users' convenience. The main advantage of the future exchange is the possibility of getting profit through the creation of liquidity pools. Users will be able to earn from this by placing tokens into smart contracts in exchange for pool tokens.

As of now, we provide our users with specific tools to create their tokens, assets and NFTs. With our calculator, everyone is able to count up their token release.

In the world of dynamically developing cryptocurrencies, one can easily get lost in an endless amount of information, opinions, offers and projects. It is wise to think about the pros and cons when making a decision, keeping your goals in mind. DEX and CEX have significant differences and are suitable for different situations. The decision is always up to you!