In the Build section of the 2023 CMC Crypto Playbook, Jump Crypto discuss the reason and propose a framework for the decentralisation of protocol governance. 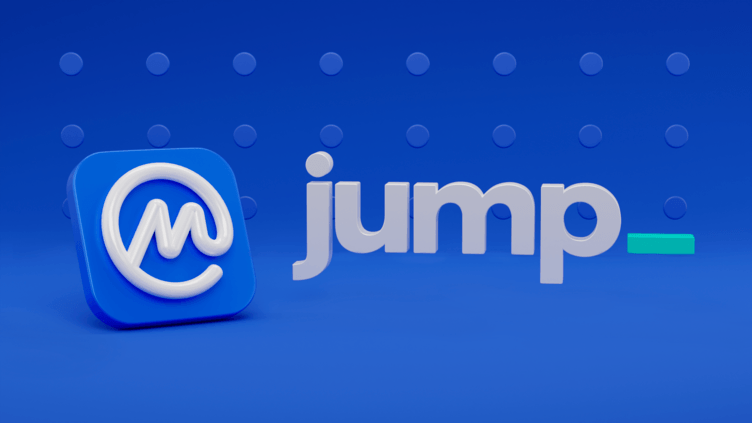 The central breakthrough of blockchains is to allow distrusting parties to work together on complex tasks. For instance, decentralized autonomous organizations—DAOs—have been created to govern everything from the parameters of lending protocols to the financing of a bid to purchase a copy of the US Constitution. Despite these unprecedented feats of decentralized governance, protocols remain rife with suboptimal voting mechanisms like direct democracy and one-token-one-vote. Many even seem largely unwilling to experiment with new ideas. At Jump Crypto, we believe crypto protocols should begin addressing these issues in earnest.

Let 2023 be the year that governance blossoms in crypto.

The Flaws of Direct Democracy

Decentralized governance typically occurs in the form of referenda that all token holders can vote on, but token holders are often not actively engaged in evaluating governance proposals. New protocol governance ideas arise frequently and voters have limited bandwidth to think carefully about all of them. Moreover, when the number of voters is large, the chance of any individual’s vote being pivotal is close to zero. The effect is that even though governance functions are decentralized, protocols are dominated by interest groups and whales.

As discussed by Andrew Hall and Porter Smith, these issues have been felt throughout the history of democratic governance. Crypto protocols should more often implement representative democracy. They should hold token holder votes to elect representatives who can be relied on to make nitty-gritty decisions. Representatives enter into a social contract of sorts with protocol users, and mechanisms can be built in for token holders to check abuses of power by their representatives—the community can vote on conditioning token rewards on certain performance goals.
Protocols can also introduce representative committees tailored to particular initiatives. For example, liquid staking protocol Lido has committees for ecosystem grants, resourcing, and more. DeDAO—which manages the DeGods NFT project—takes a different approach, with different committees consisting of community leaders, elected representatives, and a “team of Alpha Gods.” High-quality representation can be incentivized by conditioning rewards for representatives that demonstrate positive behaviors, like actively contributing to discussions and maintaining high approval rates. Carefully devising a representation scheme can lead to focused, deliberate governance actions unaffected by interest group capture.
Even in protocols which do not develop representative systems, token delegation can be a meaningful way to mitigate the harms of direct democracy. Stakeholders with small amounts of tokens and limited time can delegate their stakes to more informed experts, and those with large stakes but conflicts of interest can credibly contribute to decentralization. These delegations can be enforced by legal contracts or even through smart contracts.

One-Token-One-Vote and the Dominance of Whales

Nominally decentralized crypto protocols are often dominated by their developers and early investors; it is typical for the majority of circulating tokens to have accrued to these groups. For decentralization purposes, it is desirable to mitigate the outsized impact of these whales.

We have previously suggested the use of square root voting to do exactly that. In this mechanism, protocol participants vote in proportion to the square root of their token balances—so that an individual with 25 tokens has only five times as much voting power as an individual with one token. Gaining more tokens increases one’s voting power, but only sub-linearly. In effect, smaller protocol participants have a greater say in protocol governance, and a balance is struck between efficiency (maximizing expected payoff across all token holders) and equity (allowing all token holders to have a voice).
Since crypto wallets are often not tied to real-world identities, though, one person or organization could spread a large token balance across multiple wallets to accrue more voting power. Addressing this “Sybil” issue entirely is challenging, but there are a number of possible avenues to mitigate it. There are identity solutions, which link crypto wallets to the individuals behind them; friction solutions, which make Sybil attacks costly to execute; and challenge solutions, which incentivize participants to police the protocol. We give examples of each approach in our piece linked above.

DAOs should consider the choice of voting mechanisms as just one tool in a broader toolkit to counter one-token-one-vote dynamics. Other levers can also be pulled. For instance, protocols can distinguish classes of tokens so that certain tokens are eligible for greater yields but cannot be used to participate in governance. This could incentivize whales to draw down their reserves of governance tokens in favor of holding a tranche of tokens with higher monetary rewards.

General mechanisms to build more “skin in the game” into governance can also be helpful, as Vitalik Buterin has written about. One example is to lock up tokens of holders who vote in favor of a proposal until that proposal is implemented. Protocols should be willing to compose these ideas and others in order to meet their own governance needs in light of any observed points of centralization.

A Call to Experiment

Governance in blue-chip crypto protocols is fairly stale, and DAOs have converged on similar mechanisms. We believe that governance solutions should not be one-size-fits-all but instead specialized to particular protocols’ needs. Protocols and their token holders should strongly consider experimenting with new ideas.

Jump Crypto, a division of the Jump Trading Group, is a global leader in web3 infrastructure development and investment.