Breaking Through $60,000 Again, Just Around The Corner: Weekly Market Review by TokenInsight
İçindekiler
The Overall Volatility of Mainstream Cryptos Has Declined, Which Means This Is the Best Time to Enter The Market
On-Chain Cloud Storage: A New Direction
Trading Analysis

Breaking Through $60,000 Again, Just Around The Corner: Weekly Market Review by TokenInsight

This should be the quietest week since the beginning of 2021. After Bitcoin "unsurprisingly" rushed to the $60,000 mark. 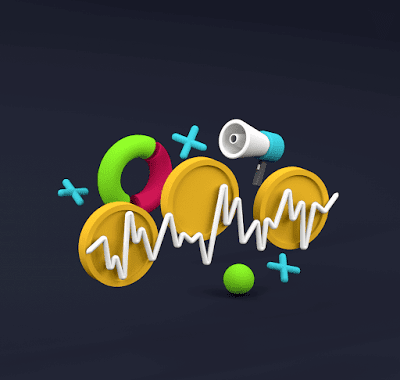 This should be the quietest week since the beginning of 2021. After Bitcoin "unsurprisingly" rushed to the $60,000 mark, the immediate call back did not cause the same fluctuation of January and February. Obviously, investors have become accustomed to fluctuations in the $5,000 level.

In contrast, investment outside of mainstream cryptos is in full swing: NFT heat has not diminished, and the good news from the on-chain cloud storage field has brought this long-silent field back to the spotlight of the crypto market.

The Overall Volatility of Mainstream Cryptos Has Declined, Which Means This Is the Best Time to Enter The Market

But as people gradually understand the law of price increases and declines, the influence from the short side has gradually weakened. After Bitcoin reached a new high of $60,000, the subsequent shorting attempt only pushed up the trading volume to a certain extent, but the impact on the overall price trend and market value of Bitcoin can be said to be "near to zero": most of investors, no matter mid-term one or long-term one,  don't even feel what happened.

In the past week, the price of Bitcoin has changed only 1.43% with an upward direction.

Although the daily average trading volume of mainstream cryptos continues to rise in 2021, whether it is Bitcoin or Ethereum, the volatility of their spot and futures has stabilized at around 80 this week, which is the lowest point since the bull market. Lower volatility in the bull market is undoubtedly beneficial to long-term holders. Meanwhile, the ever-decreasing peak of the volatility curve also indicates that the influence of speculators on the market has been significantly weakened.

For potential investors waiting to enter the market, it may be about time. Looking at the historical volatility (RV) and the implied volatility (IV), which is an indicator of the market's pricing for the future trend), the IV/RV ratio this week is higher than 1, and it is in a continuous expansion trend. This situation generally means that the market is in a relatively healthy state, and there is no strong speculative mood and overheating. At this time, there may be a certain profit margin.

However, it is recommended to keep an eye on this ratio during the bull market. Once the IV/RV continues to shrink or even lower than 1, it may indicate that the market is overheating and a short-term call back is coming.

Let us turn our attention back to projects. Judging from the overall market performance, the NFT boom has not yet passed, and its representative tokens CHZ and ENJ are still rising. The current market value of CHZ is close to $3.6B, while ENJ has reached $2.16B.
In addition, the on-chain game platform Decentraland has successfully obtained the endorsement of the old brand game giant Atari. Its token MANA successfully broke through $1 this week, and its current market value has reached $1.594 billion.

In terms of public chains, in addition to recent pull projects such as Harmony, Holo and Pundi X, the launch of the Anchor, a fixed income agreement on the stablecoin public chain Terra, has boosted the market value of its token LUNA by 83.44% to $8.324B, which surpasses the market cap of Solana and follows the old non-Ethereum public chains Polkadot and Cardano to become the new blue chip token.

On-chain cloud storage related projects performed well this week. As a challenger to cloud storage giants such as DropBox and OneDrive, Filecoin intends to break the current monopoly in the cloud storage market through the distributed storage model. After the mainnet launched last year, a large number of miners joined the crowds of Filecoin mining. With Grayscale's announcement this week that Filecoin will be added to their asset pools, Filecoin's token price has risen by 85.31%, and now it has reached $78.38, with a market cap of $4.596B.
In addition, another earlier similar project, Siacoin, has also received market attention, and its market value doubled to $1.117B within a week. BitTorrent, an old-fashioned decentralized file transfer project related to file storage, has become a beneficiary of this round of cloud storage projects, and its market value reached $1.885B this week, reaching the peak in history.

As more blockchain-related uses are discovered such as non-Ethereum public chain, NFT, cloud storage, and etc., investment in new technology applications will become a new direction for obtaining excess profit. Under the calm surface of the market, new projects are surging, quietly empowering the market and gradually changing the market structure: As of 3:00 am on Mar. 19, the proportion of non-Bitcoin tokens in the crypto market has risen to 40%; moreover,  the market cap has reached $705.4B and will continue to increase in the future. There is no doubt that the new market situation has brought new challenges for investors.

Blog
How to Use the CoinMarketCap Portfolio
The CoinMarketCap Portfolio lets you store all of the information about your crypto holdings in one place.
Yazan: Stephanie Liu
1 year ago
7d"
Blog
How THORChain Trading Impacts the Price of $RUNE: Flipside Crypto
Analyzing trading patterns on THORChain, including the peak trading hours and the relationship between trading volume and RUNE price, with some help from Flipside’s community of analysts.
Yazan: Brendan Murray
7 months ago
2d"
Trading Analysis
Technical Analysis: MANA, APE, SAND, RACA, VRA, AXS and GALA Price Prediction (May – W3)
With the market finding a little bit stability, it is only logical to check out our favorite metaverse and NFT category! Wanna know which coin will outperform? Let's find out!
Yazan: Scarpa
1 month ago
4d"
See all articles