What Is Vires Finance? A Decentralized Liquidity Protocol on Waves 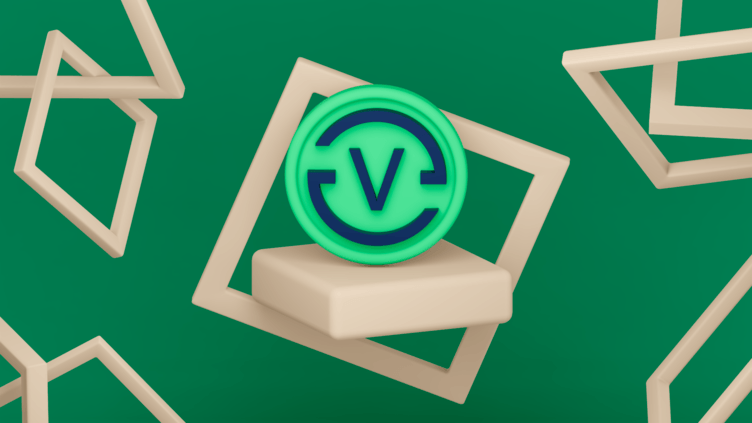 Blockchain has proven to be a powerful technology with applications in essentially every industry. Nonetheless, its disruptive potential has been best demonstrated in the finance industry, where blockchain-based platforms and protocols are ushering in a new financial renaissance that sees individuals given true control over their finances.

Among these platforms, decentralized liquidity protocols have arguably gathered the most momentum, due to the dramatic improvement in efficiency they offer over traditional centralized banks, lenders, and brokers.

Vires Finance aims to deliver these benefits to the masses through an easy-to-access, intuitive, and powerful lending and borrowing protocol built on Waves.

What Is Vires Finance (VIRES)?

Launched in July 2021, Vires Finance is a popular decentralized pooled liquidity platform built on the Waves blockchain. As a pool-based liquidity protocol, Vires allows users to deposit liquidity to earn yields and/or borrow assets at a fair, transparent interest rate.
As of writing, Vires Finance has just over $1.8 billion worth of Waves-based assets locked in the protocol and is the second most popular DeFi app on the Waves blockchain.At the heart of the platform is the VIRES utility token. This can be used to participate in the governance of the platform, and users that lock up their tokens will share a fraction of any revenue it generates. It’s also used to provide an additional reward to liquidity providers as well as a bonus to borrowers.

How Does Vires Finance Work?

As a permissionless liquidity protocol, anybody is able to connect to Vires, deposit their assets, and begin earning a yield.
Users receive the majority of their yields in the same token they supply to the protocol, in combination with an additional top-up in the form of VIRES tokens. The exact supply-side APY can vary based on supply/demand but currently ranges from under 1% to over 20% APY.
By contributing liquidity to the protocol, users receive an equivalent number of interest-bearing ‘vTokens’ which represent their share of any liquidity pools they participate in. These vTokens can be redeemed to get their original deposit back and will need to be redeemed if the user wishes to use their deposit as collateral for a loan.

On the flip side, users can take out a low-interest loan by depositing collateral. The maximum amount that can be borrowed depends on the size of the collateral and each account's borrow capacity. The platform includes a liquidation system that will kick in if a borrower’s account health falls below the minimum requirement (i.e. entering a state of negative health).

Vires is compatible with the Waves Keeper and Ledger wallets. MetaMask will be supported in a later update.

As it stands, the platform allows users to supply and borrow seven different assets, as listed below:

Vires Finance is governed by VIRES token holders, who can vote on governance proposals through a dedicated governance panel, having full control over the protocol’s assets and parameters. Users can also lock their VIRES governance tokens to share a fraction of the revenue each market generates. As of writing, this offers around 110% APR, but this can vary considerably based on market conditions, and doesn’t take into account volatility in the VIRES token.
According to the official roadmap, a number of significant updates to the platform are currently in development and should be rolled out in 2022. Some of the most prominent include:

Vires is the first permissionless liquidity protocol on Waves and to this day, still the most popular. Nonetheless, it can be said to be an indirect competitor to similar protocols built on other blockchains, including Compound (Ethereum) and Aave (multi-chain). Here’s how it distinguishes itself from the competition:

Applications built on Waves are designed to be secure and intuitive for users. In line with this, Vires Finance passed its security audit without issues and is supported by Unslashed — which offers cover against smart contract exploits and protects against a de-pegging event for USDN for around ~4.1% of the protected amount per year.

Vires is designed to be accessible to anybody irrespective of their experience with DeFi or the Waves ecosystem. It’s permissionless, meaning anybody can contribute liquidity to or borrow from the platform without obstacles, and since it’s based on Waves, the transaction fees are negligible when using the platform.

Vires provides some of the highest yields on stablecoins available today with supply-side yields hovering consistently between 13-20% APY for popular stablecoins like USDT, USDC, and USDN. This compares well against other popular platforms.

Interest rates for stablecoin loans are highly competitive with other protocols, whereas BTC and ETH loans are some of the lowest in the industry, currently ranging between 2-5% APR. As always, these rates fluctuate based on supply and demand.

For those that don’t want to supply liquidity to the protocol or are looking for an additional source of revenue, Vires shares a chunk of the platform's revenue to those that lock their VIRES tokens to receive profit sharing and gVIRES — a governance token.

Vires is integrated with the Waves.Exchange blockchain gateway, allowing users to easily migrate their assets from other platforms to the Waves blockchain. This can be used to move assets to/from Waves and other popular blockchains, including Bitcoin, Ethereum, BNB Chain, and Polygon.

Tech Deep Dives
What Is HAPI?
CoinMarketCap takes a deep dive into a new project that aims to reduce the fallout from hacks in the crypto space.
Автор: Alexander Geysman
год назад
6м
Tech Deep Dives
These Tokens Went Berserk and It Didn’t End Well
Here’s what happened when we took a look at the top 10 tokens by their relative change in trading volume in the last week.
Автор: Daniel Phillips
9 месяцев назад
3м
Tech Deep Dives
What Is Polychain Monsters (Polkamon)?
CoinMarketCap takes a look at a new project that is creating NFT collectibles, with some nostalgia thrown in.
Автор: Daniel Phillips
год назад
4м
Все статьи