What Are DApps?
Table of Contents
Get Smart (Contracts)
Ethereum Killers
Crypto Basics

By Leo Jakobson
3m
1 year ago 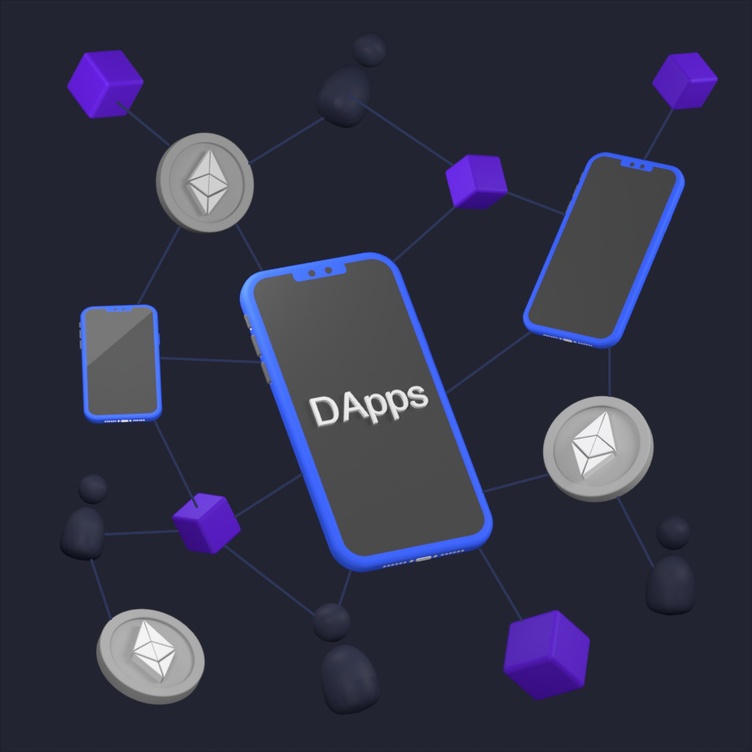 Still, Ethereum is the clear leader, doubling its total value locked (TVL) to $54 billion in the first three months of 2021. And it has a number of benefits when it comes to DApps, starting with Solidity, a well-established language for writing DApps for Ethereum Virtual Machine. EVM is Turing complete, meaning it can execute any operation a regular computer can.
This article contains links to third-party websites or other content for information purposes only (“Third-Party Sites”). The Third-Party Sites are not under the control of CoinMarketCap, and CoinMarketCap is not responsible for the content of any Third-Party Site, including without limitation any link contained in a Third-Party Site, or any changes or updates to a Third-Party Site. CoinMarketCap is providing these links to you only as a convenience, and the inclusion of any link does not imply endorsement, approval or recommendation by CoinMarketCap of the site or any association with its operators. This article is intended to be used and must be used for informational purposes only. It is important to do your own research and analysis before making any material decisions related to any of the products or services described. This article is not intended as, and shall not be construed as, financial advice. The views and opinions expressed in this article are the author’s [company’s] own and do not necessarily reflect those of CoinMarketCap.
6 people liked this article

Crypto Basics
Week in DeFi: Lending Protocols Ship, a Bustling Cosmos and Proof-of-Innocence
Check out our weekly roundup packed full of DeFi tweets, news and alpha you don't want to miss out on — as protocols continue to ship amidst the consolidation of the recent rally.
By 0xKira
19 hours ago
5m
Crypto Basics
Week in DeFi: Frax Leads LSD Race, MetaMask Hops on the Bandwagon
Another exciting week in DeFi as markets rally and the LSD narrative heats up — check out our weekly roundup of the most important DeFi tweets, news and alpha you can't miss out.
By 0xKira
5 days ago
4m
Crypto Basics
What Are Cryptocurrency Hedge Funds?
Cryptocurrency hedge funds work much like traditional hedge funds in that they allow individual investors to contribute to an expert-managed investment pot.
By Daniel Phillips
1 week ago
6m
See all articles