The Future of Cryptocurrency Mining

By Daniel Phillips
8m
2 months ago

Bitcoin and crypto mining has evolved since the days of CPU mining, but what does the future holds for this growing industry? Read on to find out. 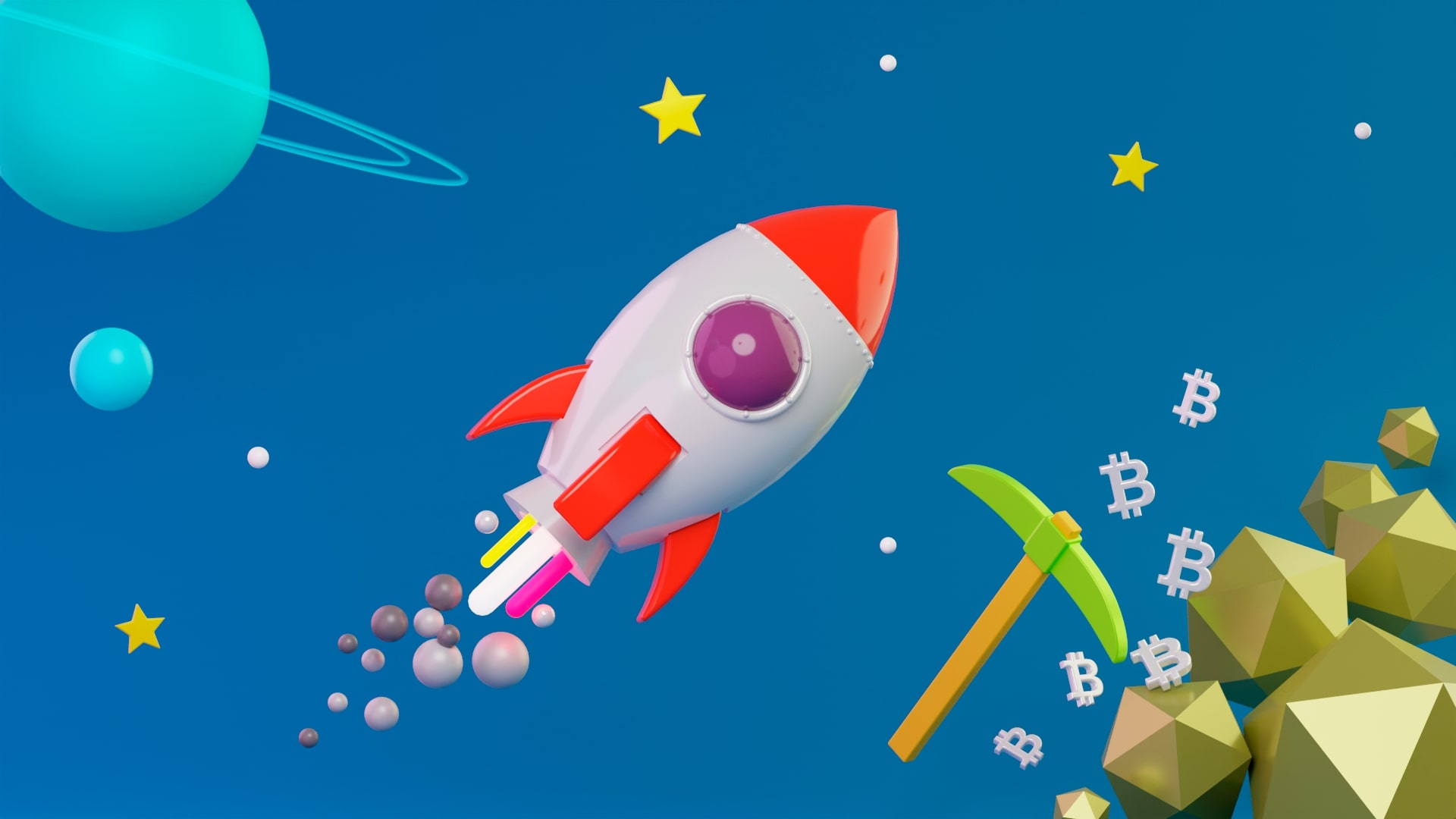 Bitcoin’s pseudonymous creator, Satoshi Nakamoto, mined the very first block of the Bitcoin blockchain, known as the “Genesis Block” on the central processing unit (CPU) of a computer.
Now, in 2022, a CPU miner is essentially worthless to mine BTC — mining has evolved from CPU mining, to graphical processing unit (GPU) mining, and then to ASIC mining as computing power of the network continues to grow and the market capitalization of the first cryptocurrency reached almost 1.3 trillion at its peak.

Want to learn more about ASIC mining? Click here for our detailed overview!

Essential to the security of all proof-of-work (POW) blockchains, cryptocurrency mining is the process of verifying transactions in a secure and decentralized manner.
Most commonly associated with the Bitcoin blockchain, PoW was the first decentralized consensus system for blockchain ledgers and is still used to protect more digital value than any other consensus mechanism.

It involves using vast amounts of computational power to discover new blocks which can then be filled with transactions and added to the blockchain.

In most cases, PoW blockchains mint new coins to expand the supply and reward miners for their work. When the rewards exceed operating costs, mining can be a profitable endeavor.

But the mining industry is still evolving.

Cryptocurrency mining is becoming more efficient, more accessible and more sustainable — and set to hit a second wind thanks to the advent of a number of new innovations, which will be explored in this article.

Cryptocurrency mining can be an incredibly attractive way to gain exposure to new PoW cryptocurrencies, without needing to purchase them on secondary markets like exchanges.

The problem is, there is an incredibly high barrier to entry to begin mining. Whether it's the high equipment costs and long delivery delays, the expertise and maintenance required to operate mining hardware, or the highly variable electricity costs that can make mining simply unprofitable, most miners have to jump through more than a few hoops to run a profitable mining outfit.

This was partially solved with the advent of cloud mining solutions like Genesis Mining and BeMine — which allow users to purchase contracts to mine with a known amount of hash rate for a fixed period.

Learn more about cloud mining and how it works.

Fortunately, a number of derivatives products with the potential to level the playing field are currently either being developed or are seeing their usage slowly climb. This includes cryptocurrency futures and options, which can be used to speculate on the value of an asset at some point in the future, as well as tokenized shares — which can be used to gain exposure to the price action of mining hardware manufacturers, distributors, cloud mining companies and more.
Synthetic asset protocols, including Synthetix and UMA, might also help users gain exposure to the mining industry, since they allow users to create and trade synthetic versions of practically anything — including stocks and more complicated derivative products. Soon enough, derivatives will likely be available to help users speculate on mining returns, potentially including forward selling options and other hedging products.

Right now, if you want to participate in cryptocurrency mining, you’ve essentially got two main options: either set up your own mining operation (a potentially complex and expensive process) or take out a cloud mining contract.

These issues have made cryptocurrency mining less accessible than it should be, limiting the number of nodes and miners helping to secure each PoW network.

One of the ways to potentially address this challenge is with gamification. By gamifying the mining process, it may be possible to expand cryptocurrency mining to a much larger audience by making it fun and easy to get started. This process has already helped to disrupt the fitness, education and retail banking sectors, and is now making its way into the cryptocurrency mining industry.

A process similar to gamified cryptocurrency mining has been found in a variety of play-to-earn games, including Alien Worlds — which allows players to compete to mine the cryptocurrency Trilium (TLM) by buying digital parcels of land and mining on them using in-game tools. A variety of other games now feature a similar concept, including Gold Fever and Star Atlas — both of which allow players to mine a reward token using specialized game mechanics.

Until recently, games have only allowed users to mine in-game assets using simulated mining. But the first game (potentially of many) to tie true cryptocurrency mining with gameplay is currently in development.

Nova MiningVerse has evolved the play-to-earn concept by allowing players to earn blockchain-based rewards for their in-game achievements. These rewards are provided by its partner facility Nova Hydroverse — which is an operational hydro-powered mining operation based in Georgia.
Built on the Stacks platform, Nova MiningVerse directly ties user activity to proof-of-work mining outputs and allows users to earn rewards in Bitcoin. Billed as a “MiningVerse,” Nova will provide a selection of games that reward players in BTC — this includes a 2D roguelike game as well as a VR multiplayer shooter.
“We've developed our own cryptocurrency, a token which is linked to the game. And at the same time, we linked the game to Bitcoin mining” — said Lorenzo Stroe, Nova Miningverse CEO.

In recent years, concerns have been raised about the sustainability of cryptocurrency mining — with many detractors arguing that proof-of-work cryptocurrencies alone use more power than a small country.

Despite this, there is still a major push to completely eliminate the economic burden of the cryptocurrency mining industry by moving to a 100% renewable model. In line with this, a large number of 100% renewable mining facilities are going online across the globe. This includes a joint venture between Blockstream and Jack Dorsey's Block, which uses Tesla solar arrays and battery technology to power its new Texas-based mining facility, as well as the aforementioned Nova Hydromining plant.

Given the immense regulatory pressure mounting against mining firms, there is a strong incentive for both current and future operations to go green. And sustainable mining initiatives will likely become the norm, rather than the exception in the years to come.

Many of companies have conducted sizable private funding rounds, but none have succeeded in going public through an IPO. Nonetheless, several major cryptocurrency mining firms have announced plans to go public with an initial public offering (IPO).

Arguably the most prominent example of this is Bitmain’s failed IPO attempt in Hong Kong. Despite being valued at ~$1 billion during its September 2017 Series A funding round, Bitmain sought to go public at a valuation of more than $15 billion. However, it then failed to move forward with its IPO. Its application lapsed in March 2019 and hasn't re-applied since.

But given the costs associated with manufacturing, operating and distributing next-generation mining hardware, it isn’t unreasonable to assume that several major mining operations will go public in order to get a fresh injection of capital.

Cryptocurrency mining chips generally require a large amount of power and their performance is often directly measured in terms of hashrate per kilowatt or joules per kWH.

An example would be the Antminer S19, which outputs around 31.67 TH/kW whereas the newer S19 XP has an efficiency of around 21.5J/TH.

As ASIC chips have become more capable, their absolute power requirements have also increased, while their efficiency has been slowly improving as manufacturers move toward smaller chip designs — with previous generation miners using 7nm chips while the current generation uses 5nm.

But though switching from a 7nm to 5nm (and eventually smaller) design process generally yields improved power efficiency and faster performance, it isn’t the only way to provide improved efficiency to miners.

Another way to accomplish this is with a more energy-efficient design and improved production at scale. This includes Intel's recently released Blockscale chips, which offer up to 26 J/TH of performance, with an absolute performance of 148TH/s per complete mining rig (with 256 chips).

Though this still places it behind Bitmain’s S19 XP in terms of pure efficiency, Intel’s chips cost around half as much as Bitmain’s latest offering, with the Blockscale systems coming in at around $5,625 per unit compared to roughly $11,620 for the S19 XP.

That said, Bitmain is known to offer substantial discounts for bulk purchases and advance orders, which may balance the scale — at least for well-heeled miners.

Tech Deep Dives
Curve Wars and the Emergency DAO
Mochi Inu rigged dominance on Curve Finance resulted in the setting up of an EmergencyDAO, which begs the question: can there really be true decentralization?
By Avyan
9 months ago
11m
Bitcoin
Ex-Celsius Network Employee Takes Embattled Crypto Lender to Court
The lawsuit accuses Celsius of leveraging deposits from customers to "manipulate cryptoasset markets" — and further putting funds at risk by failing to introduce "basic accounting controls."
By Connor Sephton
2 months ago
2m
Bitcoin
New York City Mayor Gets First Crypto Paycheck
Department of Labor rules mean that Adams cannot directly receive his paycheck in crypto, meaning the funds have to go through Coinbase first.
By Connor Sephton
8 months ago
2m
See all articles