Afghanistan: Is Crypto Providing Aid in 2022?

Does cryptocurrency have the potential to help citizens of nations in conflict? Learn more! 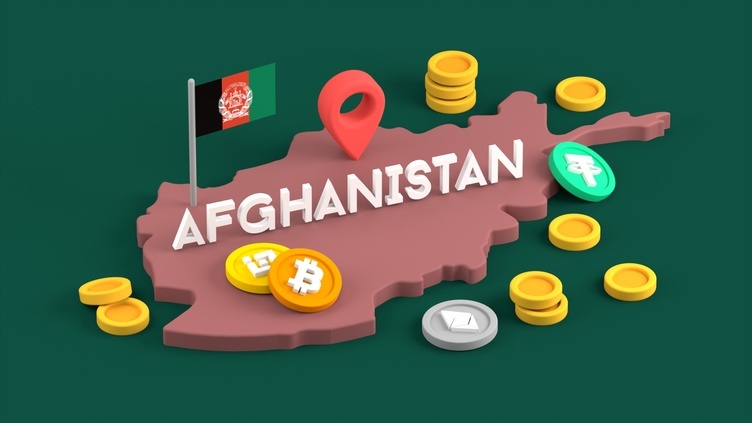 In the wake of the Taliban’s re-emergence in power, the crypto community is learning some hard lessons about the technology’s applicability in economically-challenged states, like Afghanistan. Be that as it may, it's not all bad news, and cryptocurrency has found some in-roads. Indeed, the country moved from a position in the hundreds to 20th place on Chainalysis’ Global Crypto Adoption Index in 2021.
In September of 2021, we discussed cryptocurrency’s potential in Taliban-controlled Afghanistan following the US withdrawal. Now, in February 2022, six months later, we return to the issue and continue our analysis with an eye towards the future.
Are Bitcoin and other cryptocurrencies providing an alternative financial system to wrest control from the Taliban? Are Afghans using blockchain technology to earn funds and acquire aid? Or will the technology provide a means for an oppressive government to fund terrorism? The answer, as we predicted in September, is complicated.
Subscribe

Following the US withdrawal and conclusion of 20 years of war, some cryptocurrency enthusiasts noted the technology’s potential for remedying some of the problems that emerged during and after the Taliban takeover. These include the following:

Cryptocurrencies, including Bitcoin, use blockchain technology to create a decentralized financial system while transparently providing a ledger of transactions. Bitcoin’s lack of reliance on pre-existing financial infrastructure or control is one of its strongest features. Users do not need banks, bankers, or physical currency to buy, transfer, invest in, or purchase Bitcoin. Indeed, users simply need a device and access to the internet. These features are particularly useful if you live in an authoritarian or failed state, and they have led many to point out the applicability of cryptocurrencies in countries like Afghanistan and Yemen.

The Present Reality in Afghanistan

In August, the Taliban rebooted their rule with a public relations campaign, which saw surprisingly friendly, longhaired men in traditional garb giving surreal, reasonably convincing interviews to The New York Times. The performances were such that one could be forgiven for believing that things might genuinely improve.Unfortunately, the past six months have revealed a modern Taliban almost indistinguishable from its barbaric 1990s predecessor. They have proven to be as conservative, draconian, and cruel as ever.Since the takeover, women have been removed from schools and professional life for their “own protection.” There are numerous reports of revenge killings. Meanwhile, Sharia Law has returned in its most extreme form, with pickpockets having their hands amputated for stealing.Considering the collapse of the economy and the developing famine, theft is likely on the rise. At the beginning of 2021, the news coverage of Afghanistan showed thin men with guns. Now, at the beginning of 2022, it is thinner men with guns and starving children with swollen bellies.An estimated 23 million Afghans are facing what the World Food Program refers to as “extreme levels of hunger.” Indeed, 98% of the country lacks enough food to eat.The situation has been exacerbated by a recent decision made by the Biden administration to distribute some frozen assets owned by Afghans to American victims of 9/11 as reparations.With famines, public executions, and retribution killings, those seeking an exhibition of atrocities are spoiled for choice in Afghanistan. The situation has left many, including the crypto community, wondering what is to be done and whether blockchain can still help.

Crypto Under the Taliban

Our previous argument focused on corruption in the former Afghan regime and its management by cutting out government middlemen using cryptocurrency. In addition, we argued that governments use their monopoly on currency to control the financial system and thus the people. It stood to reason that the more control Afghans had over their finances, the less power the Taliban would be able to consolidate.Our assessment was overly optimistic.Instead, we see a regime ill-equipped for peacetime rule and strapped for funding by international restrictions. With numerous financial services providers like J.P. Morgan Chase and PayPal freezing assets, both the Taliban and the Afghan people are scrambling to find hard currency in the form of USD, and a barter system has even returned in some places. In sum, our previous analysis focused on mitigating the Taliban’s control of the financial system when it should have focused on legitimate US concerns about Afghan assets being used to fund attacks on US citizens following release, as well as how these concerns would impact the finances of regular Afghans.The situation is dire, and cryptocurrency is being used more as a lifeline than a revolutionary weapon or tool of liberation.

Usually, when an informed reader considers cryptocurrency’s ability to provide financial services to the unbanked, they rely on examples from Cambodia and El Salvador. While both of these countries have comparable issues with poverty and a history of horrific warfare in their recent past, they developed traditional economies before the introduction of cryptocurrency-based financial services. Additionally, El Salvador and Cambodia have reasonably good diplomatic relationships with their neighbors and the US, making comparisons to Afghanistan ill-fitting at best.The situation in Afghanistan creates circumstances in which most people are more concerned about meeting their daily needs than they are about investing in or betting on Bitcoin. That being said, cryptocurrency serves three roles:

The Taliban have banned most women from working, and they have made it exceedingly difficult for them to open bank accounts in their own name. For those with access to a wallet, cryptocurrency has provided a means for some to get paid for services, store and transfer wealth, and feed their families discreetly.Similarly, some NGOs and non-profits have been using cryptocurrencies to fund aid groups. Some of these groups help Afghan women escape abusive husbands. Indeed, the added security and privacy associated with cryptocurrencies has proven effective in enabling these groups to help women whose location, for fear of retribution (in a country in which adulterers are stoned), needs to remain hidden.

Before abandoning them, the US government invested heavily in educating the Afghan populace. Now, some Afghan specialists are paid in cryptocurrency for services rendered from their homes in the country, often using Tether (USDT).

Every global conflict or humanitarian disaster creates iconic images — be it a summary execution on the streets of Saigon or leaking rafts filled with refugees in the Mediterranean. In Afghanistan, it is young men clinging to the outside of a US military transport plane as it takes off from Kabul Airport.One of the follies encountered when dealing with Afghanistan is a tendency to look for simple answers to complex problems. Accordingly, it is not realistic to assume that Bitcoin, Ethereum, or random altcoins are going to improve the plight of the average Pashtun or Tajik living under the Taliban significantly. This interpretation of reality is particularly salient when you consider that much of the country lacks access to electricity, let alone the internet. It’s like the clichéd metaphor of using bandages to treat an amputation.Regardless, any help is still help. Cryptocurrency is serving as a life raft for some, and — unlike previous projects aimed at modernizing the country — it will not leave behind a trail of burned-out vehicles.
This article contains links to third-party websites or other content for information purposes only (“Third-Party Sites”). The Third-Party Sites are not under the control of CoinMarketCap, and CoinMarketCap is not responsible for the content of any Third-Party Site, including without limitation any link contained in a Third-Party Site, or any changes or updates to a Third-Party Site. CoinMarketCap is providing these links to you only as a convenience, and the inclusion of any link does not imply endorsement, approval or recommendation by CoinMarketCap of the site or any association with its operators. This article is intended to be used and must be used for informational purposes only. It is important to do your own research and analysis before making any material decisions related to any of the products or services described. This article is not intended as, and shall not be construed as, financial advice. The views and opinions expressed in this article are the author’s [company’s] own and do not necessarily reflect those of CoinMarketCap. CoinMarketCap is not responsible for the success or authenticity of any project, we aim to act as a neutral informational resource for end-users.
9 people liked this article

Crypto Basics
What Are DApps?
Blockchain-based decentralized apps can do anything web or mobile apps can do, while maintaining privacy, keeping immutable records and bypassing middlemen.
Por {{autor}}
1 year ago
3m
Crypto Basics
Private Keys: The Keys to Your Crypto
The difference between private keys and public keys is huge — find out what "not your keys, not your coins" really means.
Por {{autor}}
1 year ago
3m
Crypto Basics
Binance Charity Crypto Card for Ukrainians
Binance announced the launch of a charity crypto debit card for Ukrainian refugees. Read more!
Por {{autor}}
5 months ago
3m
See all articles