What Is NEAR Protocol? A Guide to the NEAR Ecosystem 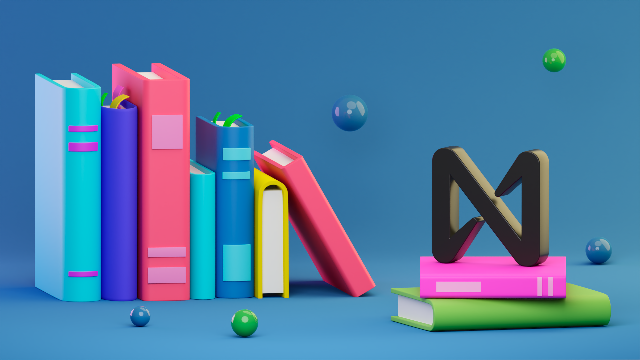 The platform aims to provide an accessible, easy-to-use blockchain platform that can cater to the needs of individuals and businesses on a global scale. It accomplishes this through a unique mix of powerful technical solutions, in addition to an ultra-efficient consensus and crypto-economic system, and a focus on a refined, intuitive user and developer experience.

At the heart of NEAR Protocol is the NEAR token. Similar to ETH on Ethereum and ADA on Cardano, NEAR is used for paying gas fees (transaction and smart contract operation costs). It can also be delegated to validators to earn a share of the NEAR token emission (currently set at 5% per year) — different validators vary in the amount of commission they charge, but it’s usually around 5% of the yield.
The NEAR blockchain launched its mainnet in April 2020 and held an IEO for the NEAR token on Coinlist in August of the same year.

NEAR Protocol was co-founded by Illia Polosukhin and Alexander Skidanov. Polosukhin is an ex-Google engineering manager and experienced software engineer that also founded Sid Venture Partners — a Ukraine-based venture fund. Skidanov, on the other hand, is a two-time ICPC medalist who previously worked with OpenAI as a research engineer consultant and as an Architect and Director of Engineering at memSQL.

Besides the co-founders, NEAR Protocol is supported and developed by a team of more than 100 employees globally alongside a community of more than 14 million NEAR account holders.

At its peak, NEAR was the 16th largest cryptocurrency by market capitalization. It also achieved a peak DeFi total value locked (TVL) of $590 million in May 2022 — positioning it as one of the top 10 most popular non-EVM chains by TVL.
Subscribe

What Makes NEAR Unique?

Like most layer-1 blockchains, NEAR attempts to distinguish itself from the competition by offering a variety of unique features. These include:

How Does NEAR Protocol Work?

As a layer-1 blockchain designed to host an array of smart contracts and decentralized applications (DApps), NEAR Protocol leverages powerful architecture that helps it remain fast, secure, and efficient.

One of the key technical features separating NEAR from other blockchains is its unique sharding design — known as Nightshade. This will see the NEAR blockchain achieve mass scaling by processing multiple blocks in parallel across multiple shards. Initially, only a subset of NEAR validators will be allowed to process chunks on each shard. But in later versions, the team behind NEAR wants to ensure all validators are involved in tracking transactions across all shards.

At the heart of the platform is its sharded proof-of-stake (POS) consensus system. This allows validators to achieve consensus about the current state of the network through a system that penalizes bad actors and rewards good ones. Users need to stake NEAR tokens to join the network as a validator — the exact amount needed varies based on the seat price at the time. As of writing, the seat price is >158,090 NEAR (~$500,000).

Validators are selected for transaction processing using an auction mechanism and users can delegate their NEAR to validators that offer the service through a staking pool. Like most proof-of-stake blockchains, NEAR implements a slashing feature to deter malicious behavior among validators and maximize Sybil resistance. Attempts to produce invalid blocks or fork the chain will result in their stake being slashed.
Right now, a maximum of 100 validators are allowed to participate in block production. This number is set to increase in the future as NEAR looks to increase decentralization and open up validator slots for chunk producers. Roughly 46% of the NEAR token supply is staked/delegated, yielding roughly 11.7% APY for validators.

How to Buy NEAR?

The NEAR token sits at the heart of the NEAR protocol and powers its Proof-of-Stake mechanism and community governance system. Since it is the native gas token, used for paying for smart contract operations and transactions, you will need to hold NEAR tokens to begin using the platform.

As it stands, gas fees on the NEAR blockchain are extremely low. Because of this, even $1 worth of NEAR will be sufficient to conduct several transactions on the platform in most cases. That said, you may want to hold more near for speculative purposes or if you plan to engage with its broader DeFi ecosystem.

Where to Buy NEAR?

The NEAR token is currently available to buy and trade on a wide variety of popular exchange platforms — including the likes of Binance, Huobi Global, KuCoin, FTX, and Gate. Binance is currently by far the most liquid exchange for the token.

Here’s how to purchase your NEAR using Binance:

2. Once cleared, navigate to the respective NEAR market via the 'Markets' tab. In this case, we’ll select the NEAR/USDT market.

3. At the bottom of the trading dashboard, find the order panel and select the 'Market' option. This will allow you to place a market order to buy NEAR at the best available price.

4. Here, enter the amount you want to spend on NEAR, or switch from ‘Total’ to ‘Amount’ to enter the specific number of NEAR you wish to purchase.

5. When you’re ready, click ‘Buy NEAR’ to execute your order. This will then be filled at the best available rate and your NEAR tokens will be available to trade or withdraw from your Binance wallet.

Where to Store NEAR Tokens?

The NEAR token is currently supported by a small handful of popular wallets. These include MetaMask (via the Aurora mainnet), Trust Wallet, Crypto.com's DeFi wallet, and the official NEAR wallet.

Ledger wallet owners will also be able to interact with the NEAR blockchain and manage their NEAR assets by installing the NEAR app. A hardware wallet like the Ledger Nano X is arguably the best option for those holding a large bag of NEAR tokens, whereas those with a smaller portfolio or who prioritize convenience would probably be best served by the official NEAR wallet.

Despite completing its mainnet genesis just over two years ago, NEAR already has an expansive DApp ecosystem, much of which is exclusive to the NEAR blockchain.

The vast majority of its DApps fall into the DeFi umbrella since most primarily deal with transacting value in different ways on-chain. But it’s also beginning to be leveraged by projects in the NFT and gaming niches since its technology can be used to deliver additional value to NFT and gaming enthusiasts.

Briefly, we take a look at some of the most popular projects currently built on NEAR:

Top DeFi Protocols on NEAR

Infrastructure Protocols on NEAR

Top NFTs DApps on NEAR

Top Gaming DApps on NEAR

Disclaimer: Octopus Network's description was updated to more accurately reflect its place as an infrastructure protocol on August 24.

Tech Deep Dives
Deep Dive Into Realy
CoinMarketCap Alexandria takes a deep dive into Realy — a "live-to-earn" metaverse built on the Solana blockchain and powered by Unreal Engine.
By Ivan Cryptoslav
7mo ago
5m
Tech Deep Dives
A Deep Dive Into Zilliqa And Metapolis
Zilliqa, a blockchain that offers scalability through sharding, has recently launched a metaverse-as-a-service platform, Metapolis. Find out what it offers.
By Andrey Sergeenkov
5mo ago
4m
Tech Deep Dives
All About Compound: Flipside Crypto
Flipside Crypto takes a deep dive into one of the largest DeFi cryptocurrencies.
By Rochelle Guillou
1yr ago
3m
See all articles