How to Use a Bitcoin ATM

A Bitcoin ATM, as the name implies, is similar to a regular ATM — except that it transacts in Bitcoin. 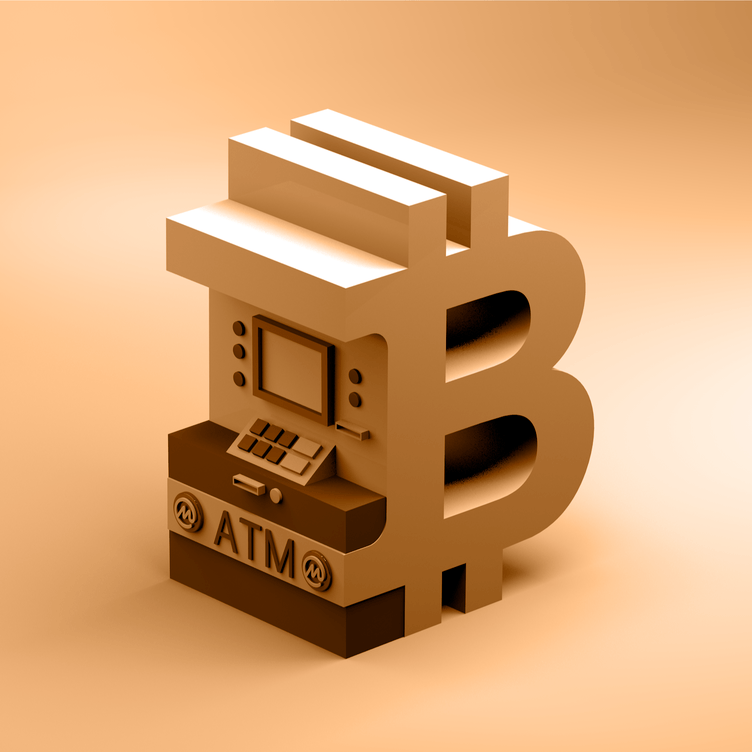 How Do Bitcoin ATMs Work?

A Bitcoin ATM, as the name implies, is similar to a regular ATM — except that it transacts in Bitcoin.
In short, it is an electronic machine, installed in a physical location, that facilitates the exchange of cash for cryptocurrency.
Usually set up as a small kiosk with a screen interface, a Bitcoin ATM offers a convenient way to transact Bitcoin (BTC). Using one is similar to using a traditional ATM machine to access a bank account.
Not all Bitcoin ATMs are alike: some models allow you to convert your Bitcoin into fiat currency in order to withdraw cash, while others allow you to insert cash to buy Bitcoin.

In all cases, Bitcoin-fiat exchange rates rely on the current market rate for Bitcoin (BTC), but with an added commission (ATM fees) charged by the ATM operator — on average, 8.4%.

Some Bitcoin ATMs provide a two-way service, allowing you to both buy and to sell Bitcoin or other major cryptocurrencies — such as Ethereum (ETH), Bitcoin Cash (BCH) or Litecoin (LTC).

In rarer cases, Bitcoin ATMs (with or without ATM fees) may also support Bitcoin or other cryptocurrency debit cards for cash withdrawals. However, Bitcoin ATMs generally only accept cash as a means of payment to purchase Bitcoin — not credit cards or other plastic.

How to Use a Bitcoin ATM to Buy or Sell Bitcoin: A Step-by-Step Guide

Repackaging a time-tested device for the 21st century has inspired several branded nicknames, like Lamassu’s “cryptomats” or the “BTM” (Bitcoin Teller Machine) from Bitaccess.
But a catchy name alone doesn’t appear to be enough to take the lion’s share of the market: Genesis Coin is currently the world’s leading Bitcoin ATM producer, capturing almost 35% of the global market share.

How to Find Bitcoin ATM Near Me

The truth is, a Bitcoin ATM is still sort of a novelty and not something you’ll find on every corner. While it's possible that you live near one, it’s also possible that it may be out of service, or simply charge exorbitant fees, similar to how regular cash ATMs can be.

In addition to Bitcoin ATMs, there are also several ATM providers that allow you to buy/sell cryptocurrencies other than Bitcoin. There are ATMs that support Ether, Litecoin, Zcash, Monero, Ripple, Dogecoin (to name a few). You can find out more information like (ATM location, transaction fees, which cryptocurrencies are supported) from Coin ATM Radar’s online map that was mentioned in the previous section.

Another great way to find a Bitcoin ATM on the go is to simply whip out your phone. If you have a smartphone with Google Maps installed, you can do a quick search for “Bitcoins for sale near me” or “Bitcoin Store” to find the nearest Bitcoin ATM and browse reviews from local users discussing the functionality of the ATM. The reviews can be a handy feature to see if the ATM is reliable and in service. It would be a shame to trek all the way to a Bitcoin ATM just to find out that it is no longer operable. In Singapore, for example, all Bitcoin ATMs were recently ordered to close.

How-to Guides
How to Mine Monero
Mining Monero is one of the last coins that you can easily mine by youself at home — so how do you actually start mining this privacy coin?
By Werner Vermaak
1yr ago
9m
How-to Guides
A Beginner’s Guide to Investing in Cryptocurrencies
If you’ve decided to invest in cryptocurrencies, but don’t know where to start, then this guide is for you.
By Daniel Phillips
5mo ago
17m
How-to Guides
A 5-Step Guide to Planning Your IDO: A Guide by PlasmaFinance
Contributor: PlasmaFinance breaks down everything a project needs to know before launching an IDO.
By Ilia Maksimenka
1yr ago
9m
See all articles