A Dive Into Avalanche

Opinion: Avalanche is a promising smart contracts platform built on the first breakthrough in decentralized systems since Satoshi Nakamoto released the Bitcoin whitepaper in 2008. 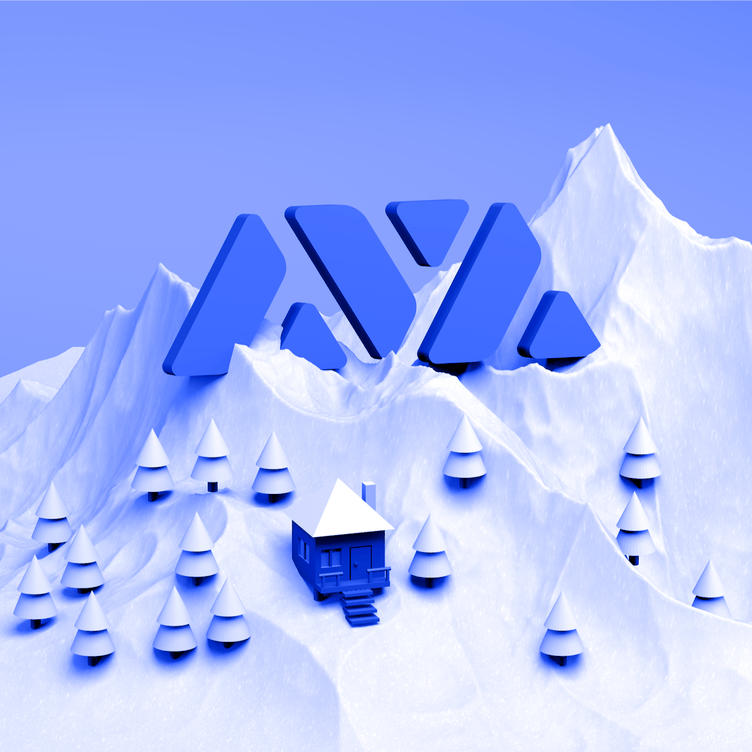 In the twelve years since Satoshi introduced Bitcoin to the world, we’ve seen countless efforts to create networks that attempt to unlock the next generation of decentralized assets and applications. These projects, while claiming technical superiority, have either copied Bitcoin’s model or tried to implement decades-old designs for distributed systems — designs whose flaws are well-known and recorded in the last 40 years of research.

As we stand on the cusp of a new decade, the market is crying out for a real breakthrough to solve the scaling issues and exorbitant fees that are stifling growth and the potential impact of innovation within decentralized finance (“DeFi”).
Avalanche is that breakthrough. Avalanche aims to follow in Satoshi’s footsteps to have the same, defining impact as Bitcoin by creating a market structure driven by velocity, efficient use of capital and innovation in new products and services that aren't possible today.

Avalanche is an open-source platform for launching DeFi applications and enterprise blockchain deployments in one interoperable, highly scalable ecosystem.

It is the first smart contracts platform that confirms transactions in under one second, supports the entirety of the Ethereum development toolkit and enables millions of independent validators to participate as full block producers. The testnet had over 1,000 full, block-producing nodes, breaking a world record.

In addition to supporting sub-second finality, Avalanche is capable of throughput orders of magnitude greater than existing blockchain networks (4,500+ transactions/second), and safety thresholds well-above the 51% standards of other networks.

One big difference between Avalanche and other decentralized networks is the consensus protocol. Over time, people have come to a false understanding that blockchains have to be slow and not scalable after seeing the existing blockchains in action. The Avalanche protocol employs a novel approach to consensus to achieve its strong safety guarantees, while achieving quick finality and high-throughput, without compromising decentralization.

Unlike other networks that force terms and conditions of network participation uniformly across the system, Avalanche empowers individuals and enterprises to easily create powerful, reliable and secure applications and custom blockchain networks with complex rulesets or build on existing private or public networks that fit their use case.

Take, for example, a regulated financial institution wanting to issue digital assets. It’s simply not possible for them to do so compliantly in a system where they cannot control which nodes validate their network activity. In Avalanche, the same institution can achieve complete control over the virtual machine running their use case and the conditions of running a node on their custom sub-network.

What Is the Avalanche Token (AVAX)? What Is Its Function?

Who Is the Team Behind Avalanche?

I lead Ava Labs, the company behind the Avalanche platform that I co-founded with Kevin Sekniqi, and Maofan “Ted” Yin, first author of the HotStuff Protocol used in Facebook’s Libra.

We are a company of around 45 people today, delivering the most innovative breakthrough in blockchain technology.

How Is Avalanche Different From Bitcoin and Bitcoin Cash?

When compared to Bitcoin, Bitcoin Cash and other proof-of-work coins competing to replace fiat, Avalanche might look like an entirely different species, but we actually have some things in common.
Avalanche is a fixed cap asset, with a max of 720M AVAX in circulation. It employs Satoshi’s UTXO model for single-use credentials to facilitate payments, rather than an account model. Finally, Avalanche structures transactions like Segwit, without backward compatibility issues, and uses the Bech32 address format to minimize errors and maximize readability.

Unlike Bitcoin, however, Avalanche consensus is designed for speed, scalability, and flexibility in implementations.

It uses a proof-of-stake model for network security, which is both environmentally friendly and doesn’t require the highly-specialized (read: expensive) mining rigs that have led to centralization in mining. Meaning, thousands to even millions of individuals can fully participate in Avalanche with just a computer and internet connection – that’s real decentralization.

With Avalanche, we’re implementing some of our favorite qualities of Bitcoin, but optimizing the rest of the system for smart contracts and asset issuance.

How Is Avalanche Different From Ethereum?

When compared to Ethereum, Avalanche’s similarities are much more evident at the surface — after all, we do support the entirety of the Ethereum Virtual Machine (EVM) and its tooling — but under the hood, we approach our shared challenges in very different ways.
For now, Ethereum uses proof-of-work mining like Bitcoin and intends to migrate to proof-of-stake when it launches Ethereum 2.0. While proof-of-work is an excellent foundation for robust protocols, it achieves this stability by deliberately slowing down network actions and confirmations. A perfectly acceptable trade-off in Bitcoin’s “digital gold” thesis, but a tough sell for the booming world of DeFi.

As long as Ethereum uses proof-of-work, it will struggle to scale participation without incurring massive fees and network congestion. Ethereum 2.0’s proof-of-stake approach will help, but it also introduces significant complexity and execution risk with its approach to scaling, “sharding,” which aims to process transactions simultaneously, rather than consecutively.

Avalanche attacks the scaling challenge from the absolute foundation for decentralized networks: consensus. Protocols in the Avalanche family are capable of achieving sub-second finality, supporting 4,500+ transactions per second and scaling up to millions of full, block-producing validator nodes participating in consensus.

Unlike Ethereum, where applications have to compete for the same finite pool of network resources – which drives up fees for all participants – apps on Avalanche can run in their own independent blockchains validated by a dynamic, custom set of validators. These subnetworks are still connected to the broader ecosystem of chains on Avalanche, but now their relationships are purely value-adding (e.g. cross-network value transfer) rather than competitive.

Not only does this enable the creation of private subnets, it also allows developers to define the rules, economics, participants and security of their implementation.

Similar to how we cherry-picked our favorite parts of Bitcoin, we’re implementing some of the amazing innovations of Ethereum and the EVM, while changing the core mechanics to make it faster, lighter, and cheaper to run.

How Is Avalanche Different From the “Ethereum Killers”?

Well, first and foremost, we don’t see ourselves as an Ethereum Killer. Many of the people working on Avalanche took their first steps in crypto with Ethereum, and we still love the Ethereum community and what it’s achieved thus far. In fact, I’d argue we’re complementary to Ethereum as a sort of safety net as it transitions to Ethereum 2.0 with the immense risks of evolving the second-largest cryptocurrency by market cap.

I won’t name names, but the projects that are fine with being labeled Ethereum Killers have gathered around a family of classical consensus protocols whose limits are well-understood and heavily researched over the last 40 years.

Yes, you’re reading that right, Satoshi and the entire world of researchers in my field knew about these decades-old approaches and came to independent conclusions that these protocols are unsuitable for decentralized systems.

These projects are often the most outspoken about transaction throughput and speeds, and suspiciously quiet about their decentralization — as characterized by the number of participants a network can accommodate or reliance on nominated leaders — and the resultant security tradeoffs of small cohorts having so much control.

On Avalanche, validators conduct individual experiments when determining which nodes to sample. Each node samples without any consideration to the selections made by other nodes. No preferential treatment or enterprises buying special seats to peer down on nodes of lesser privilege.

To be clear, that’s not an easy needle to thread. It took the first major breakthrough in over a decade to make possible what scientists and researchers — myself included — have long thought would never be achievable.

What’s Next for Avalanche?

Our mainnet launched on September 21, 16 months after we exited stealth mode. I’m immensely proud of what we’re bringing to market and the strength of our community of developers already building on Avalanche.

We’re going to continue funding development on Avalanche through our accelerator, Avalanche-X, which provides grants to developers building decentralized applications like lending, derivatives, stablecoins and core infrastructures that could someday be used by millions of people.

We plan on showing the world the true potential of blockchains and following in Satoshi’s footsteps to have the same, defining impact as we stand on the cusp of a new decade.

I'm the founder and CEO of Ava Labs.