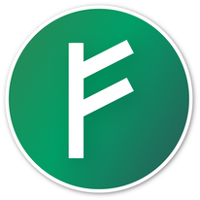 Auroracoin (AUR) is a peer-to-peer cryptocurrency launched on January 24, 2014 as an Icelandic alternative to bitcoin and the Icelandic króna. The unknown creator or creators used the pseudonym Baldur Friggjar Óðinsson and allocated (premined) half of the 21 million total coins for the 330,000 Icelandic citizens living in Iceland.

This first-of-its-kind national ID enforced airdrop began with Phase I on March 25, 2014 with 31.8 auroracoins per claimant. Phases II / III concluded in 2015 with 318 / 636 auroracoins respectively per claimant.

In 2016 there was a hard-fork to a multi-algorithm(PoW) code change. There was also a block-time change from 10 minutes to 61 seconds, a corresponding change in block-reward, resulting in a “halvening schedule” change and increase of maximum coins to 23.3 million. ( Adjusted to 17.97 million after 5.345 million burned )

In 2018 it was decided to liquidate 80% of the M1 fund to launch the Icelandic Blockchain Foundation (Rafmyntaráð) expanding Auroracoin’s blockchain advocacy efforts within Iceland.

In 2021 Auroracoin released another significant major release and continues to be volunteer-driven using open-source technology with the goal of offering an alternative to inflationary fiat currencies.