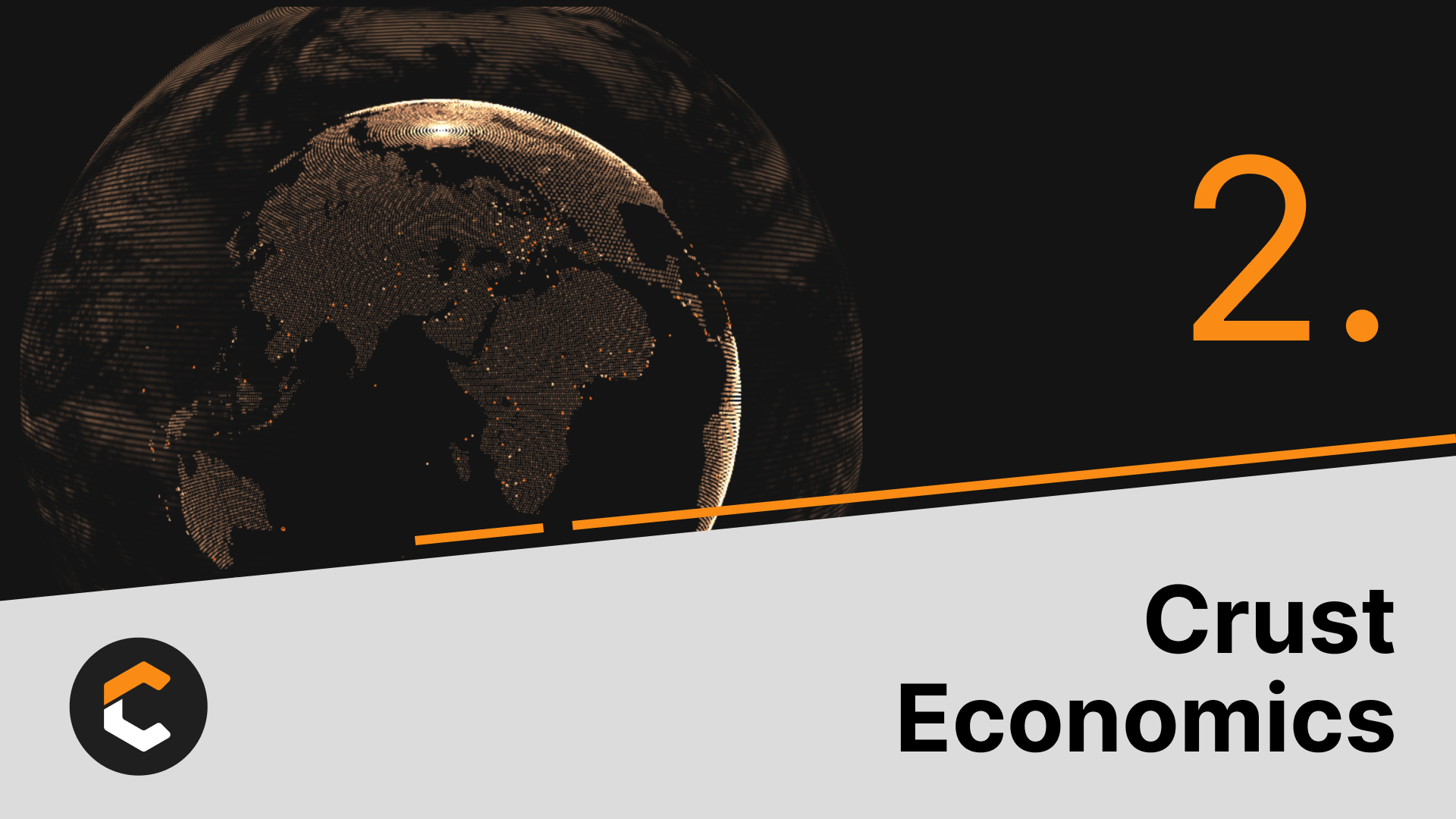 In this lesson, the basic information and functions of CRU tokens will be introduced. We will also explain the economic incentive model of the Crust Network, which will guide CRU holders to participate in the network. In addition, the pricing method of the Crust storage market will also be briefly explained.

CRU tokens are generated in 2 ways: one is one-time generation when the main network starts; the other is with the generation of blocks. The initially generated tokens are 20 million. The blockchain consensus in the Crust network is GPoS, which is called Guaranteed Proof of Stake. The network will calculate a staking limit based on the node’s storage space. Nodes can choose to buy CRU by themselves, or they can choose to accept guarantees from other CRU holders, this role called guarantor. Therefore, as long as you hold CRU, you can join the mining network to earn income even if you don't have a mining machine or hard disk.

What is the Crust Network?

How to use Crust storage?