What Is a Central Bank Digital Currency (CBDC)?

Central bank digital currencies are a lot different from the cryptocurrencies that you are familiar with. 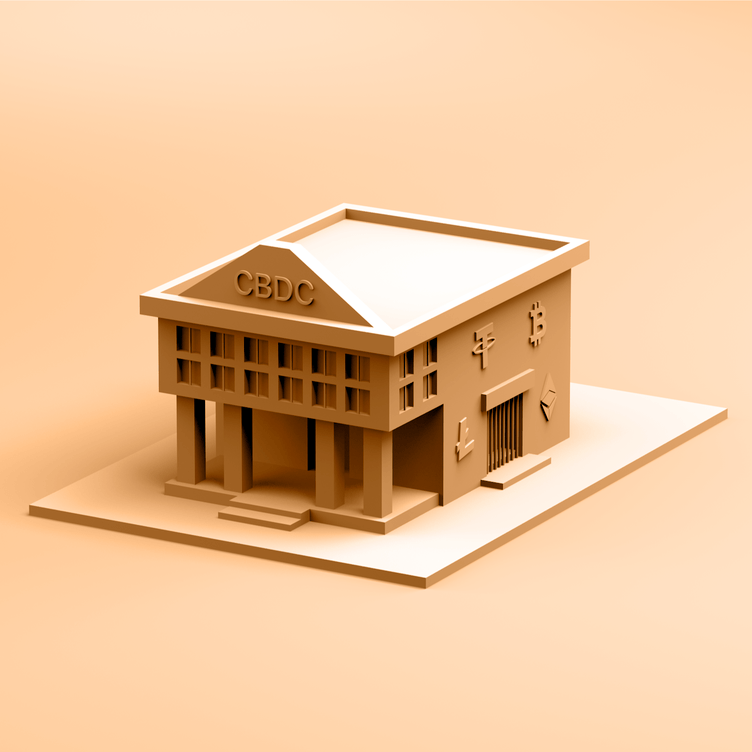 Central Bank Digital Currency, or CBDCs, are digital versions of fiat currencies issued by a central bank whose status as legal tender depends on government regulation or law.

What Is a Central Bank?

The central bank is a financial institution with control over both the creation and distribution of money and credit for a nation or economic union of nations. Central banks are also responsible for the monetary policy of the country, as well as overseeing regulation of member banks.

Central banks are able to influence monetary policy through means such as easing or tightening money supply, and thereby influencing interest rates through the cost and availability of credit. Central banks also hold the country’s foreign exchange reserves, which is used to back liabilities or intervene in times of financial crisis.

The most influential central banks in the world are the Federal Reserve of the United States, also known as the Fed, the European Central Bank and the People’s Bank of China. These countries have the largest economies in the world, and their actions greatly shape global monetary policy.

What Is Fiat Currency?

Fiat money, or fiat currency, is a legal tender that is backed by the central government. It can take the form of physical cash, or electronic money – such as with bank credit. It is issued by government reserves, treasury and the central bank to be released into the economy.

Money supply is pivotal for central banks as part of their influence over monetary policy, as it allows them to control liquidity and interest rates. Money supply can be classified into four categories, denoted by “Ms”, namely M1 to M4. M1 consists of physical cash and ready-to-use electronic money, while M4 encompasses all money, in cash and bank accounts.

New Digital Currency or a Form of Cryptocurrency?

CBDCs remain fully within the orbit of the traditional, intermediated financial system of fiat currencies, which are backed by trust in the currency's issuer: a national central bank and ultimately, the sovereign government or political authority behind it.

In simplest terms, this means that CBDCs are backed by governments — which is not something that you’d see in a cryptocurrency project.

Decentralized cryptocurrencies like Bitcoin have their roots in a cypherpunk and libertarian challenge to the status quo: they are a critique of an exclusionary monetary system run by independent central bankers and technocrats who are largely immune to democratic pressures and public scrutiny.
Satoshi Nakamoto, the mysterious and still unknown inventor(s) of Bitcoin, famously embedded the cryptocurrency’s genesis block with a Times headline about the United Kingdom teetering “on the brink of a second bank bailout” following the 2008 financial crisis.

While Bitcoin intends to create a new financial system from the outside, crypto’s emergence and growing popularity has — perhaps inevitably — spurred on significant innovation within the citadel of traditional finance itself, stemming from the idea of virtual currency.

This is most strikingly shown in the phenomenal growth of interest in central bank digital currencies, or CBDCs for short.

By early 2019, the Bank for International Settlements — a Swiss organization made up of 60 of the world’s central banks — estimated that a significant majority of central banks across the world were engaged in research into virtual currencies development.

There are two main categories of CBDCs.

The first is a “wholesale” variant, which is limited for use by financial institutions for wholesale settlements — i.e., for interbank payments or securities settlements.

The second is a “retail CBDC” for the general public.

Retail CBDCs are further split into two main types: “general purpose,” “account-based” or “token-based.” Retail CBDCs would in theory extend access to digital central bank money to the general public. They could therefore have much wider reaching implications for banks and the financial system as a whole than their wholesale counterparts.

In the current system, intermediaries like commercial banks are responsible for dispute resolution, Know Your Customer (KYC) due diligence, deposit insurance and other services.

Depending on their design, retail CBDCs could alter the existing operational roles taken by central banks and private institutions within the financial system.

For this reason, analysts have closely studied possible designs and architectures for retail CBDCs and explored their potential consequences for the legal structure of claims on the central bank and private institutions.

A bottom line for these virtual currencies is that whatever design they take, their ultimate issuer and redeemer is the central bank: different designs would, however, affect the nature of claims on an intermediary (where relevant) and the records that are kept by the central bank.

This means that no matter how a CBDC looks, the responsibility for its structure and maintenance is with the central bank.

In an indirect, two-tier CBDC system, the structure of claims would be similar to the existing financial system. Commercial institutions would be mandated to fully back a CBDC-like liability to the consumer with their own CBDC deposits at the central bank.

However, changes to this intermediated model could bring new regulatory and supervisory possibilities for central banks, though this would require a massive extension of their existing operations. For this reason, analysts have also researched hybrid architectures that would combine direct and indirect claims on the central bank.

With cryptocurrency market capitalization reaching almost $2 trillion as of August 2021, governments and national institutions are increasing their scrutiny and regulatory oversight on the crypto industry, as is the case with the recently passed US infrastructure bill. On the other hand, these same countries are also actively engaging in CBDC research and development, partly to keep up with blockchain technology advancements, partly to maintain the status quo. This is being played out in the world’s two largest economies – the United States and China.

China’s Digital Currency Electronic Payment (DCEP) system has been in development since 2014. The digital yuan is, however, not a blockchain project that relies on a decentralized ledger. Instead, it relies upon a centralized database that records and tracks all transactions on the network, as well as controlling access to the network. The e-yuan is backed 1:1 by the physical yuan. China has already rolled out testing of the DCEP and many expect it to be the first country to fully implement a CBDC.

Find out more about China’s DCEP experiment and its implications.

US Digital Currency – the “Fedcoin”

While seemingly behind China, the Federal Reserve has announced that they are moving towards developing its own digital currency, and will be releasing a research paper in summer 2021. Fed Chair Jerome Powell has said that they are carefully monitoring the situation, and emphasized the importance of ensuring the issuance of the digital currency goes right, instead of being ahead of their global counterparts. Powell also mentioned that technological advancements can offer new possibilities to the central bank, but said that CBDC had to be designed for use by the general public. The Boston Fed leading the project, and working with various groups, such as the Bank for International Settlement.

Analysts have emphasized that for retail virtual currencies to really take off, they would need to provide cash-like safety and convenience for peer-to-peer (and even cross-border) payments. They would also need to take into account provisions for “privacy by default” and universal accessibility.

Distributed ledger technologies like blockchain could expand the possibilities for preserving user privacy by replacing the conventional identity frameworks used for bank accounts with a secure, cryptographic identifier framework.
This token-based system, based on digital signatures, would, however, pose several challenges — notably for AML/CFT due diligence and private key management — and would likely need additional safeguards.

However, based on the results of existing proofs-of-concepts by central banks, blockchain technologies are currently unlikely to be implemented for a direct CBDC architecture because of the sheer volume of data throughput that would be required.

However, blockchain architectures have been explored for hybrid or indirect CBDC models, as well as for wholesale CBDCs, given that the number of transactions in many wholesale payment systems is similar to that already handled by existing blockchain platforms.

Crypto Basics
Where Are the World’s Crypto Tax Havens in 2021?
These countries have the friendliest tax situation for crypto investors and businesses. Find out where they are and more in this guide.
Bởi {author}
1 year ago
5m"
Crypto Basics
Binance: Book Your Ride and Pay With Crypto
Binance aims to become a super app with its new ride-hailing service. Read more!
Bởi {author}
3 months ago
2m"
Crypto Basics
How Crypto Could Save the Last of the Dodos
Cryptocurrencies aren't always about just making money — in this dive, we break down three crypto platforms that are donating crypto to animals in need.
Bởi {author}
10 months ago
8m"
See all articles