How Are the Silk Road, the Dark Web and Bitcoin Connected?

People used to think "Silk Road" when you said "Bitcoin" — what exactly was this dark net marketplace, and how was BTC involved? 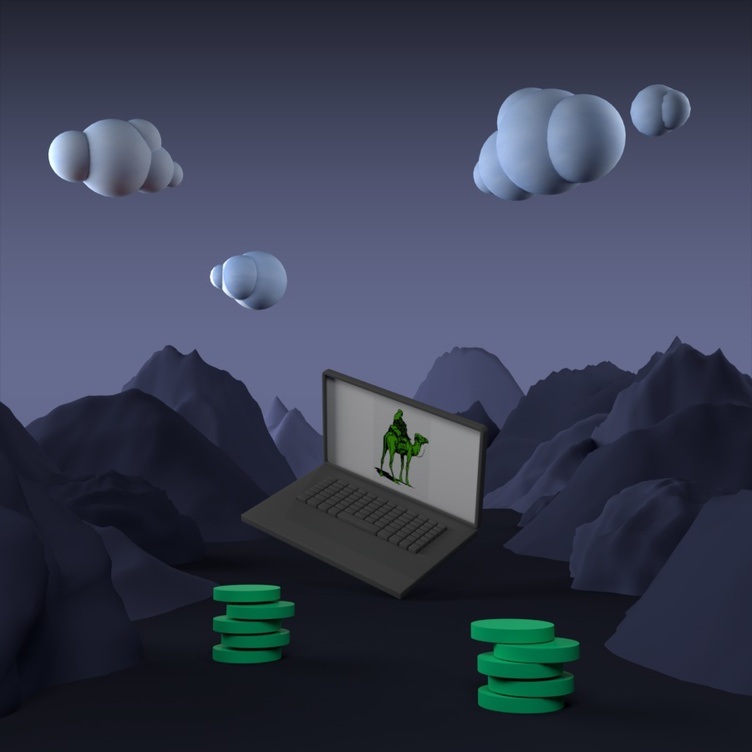 In its early years, Bitcoin quickly emerged as the payment method of choice for illicit entities actively facilitating illegal trades on the dark side of the internet. It is hard to discuss the history of Bitcoin without mentioning its famed connections with the dark web and how such affiliations were used as the major argument against the viability of digital assets.

Particularly, the first online dark web marketplace, the Silk Road, relied heavily on Bitcoin as an alternative to conventional and highly-censored payment systems. In this piece, we will take a closer look at the emergence of the dark side of the internet and how Bitcoin was caught in its web.

What Is the Dark Web?

The dark web is the direct opposite of the internet system we have come to accept — a system where we usually don’t think twice about trying to preserve our anonymity or control who gets to see our personal data — we just use the services everyone else uses and who knows what info we are unwittingly giving away.

It is more or less normal for internet service providers to collect the data of users under the guise of data analytics and marketing optimization operations. In most cases, these service providers are mandated under the law to provide regulators with unlimited access to such data. Hence, the internet system we have today is designed to aid the surveillance of the activities of users. It is this apparent flaw and how it erodes privacy that led to the creation of the dark web.

In the dark web, users utilize special tools to shroud their activities in secrecy. Here, jurisdictional laws do not apply nor are governments’ surveillance operations a threat.

In essence, the dark web connotes a corner of the internet where internet users can share and access information freely without worrying about censorship, surveillance or legal repercussions. While the concept of the dark web is as old as the internet itself, it was the emergence of private browsers like Tor in the late 2000s that fueled the wild adoption of such a radical approach of connecting to the internet.

What Is a Dark Web Marketplace?

Although the dark web was initially designed as an escape from censorship and privacy-infringing internet services, the system quickly gained prominence in the criminal world. The anonymity that the dark web provides ushered in modern and sophisticated players linked to all sorts of illegal activities. Since anonymity is guaranteed, it was difficult for regulators to effectively curtail the ascendancy of such entities that clearly had something to hide.

As the popularity of the dark web grew, it became increasingly easy to log into the dark corner of the internet to buy and sell drugs, fake documents, ammunitions, child pornography and other varieties of illegal goods. The websites or platforms where such trades occur are what we call dark web marketplaces.

As mentioned earlier, all these strides in making a more anonymous internet were made possible by the advent of private browsers, particularly Tor. The private browsing network was launched in 2002, and it effectively unlocked a means for the average internet user to cloak their identities and activities online.

The creators of Tor — David Goldschlag, Mike Reed and Paul Syverson at the U.S. Naval Research Lab — sought a way to route internet traffic anonymously. Eventually, they developed the idea of encrypting and routing traffic via multiple servers, thereby making it extremely hard to track the source and destination of such traffic. They called this technique “the onion routing,” aka TOR, and released the open-source Tor software in 2002.

However, it was not until 2008 when they released the Tor browser (which made it easier to access the original software) that dark web marketplaces began to spring up in their numbers.

What Was the Silk Road?

Even with the explosion of dark websites, it was still difficult to create viable marketplaces. This is because the use of fiat currencies and conventional payment solutions like PayPal ultimately gave regulators a window of opportunity to track and arrest perpetrators.

However, one marketplace sent out to change that — in 2011, armed with an improved payment solution, the Silk Road launched on the darknet.

Named after the historical trading routes introduced by the Han Dynasty, the dark net market used an alternative payment system (Bitcoin!) and developed a well-structured platform that included a seller review system, an escrow service and a private messaging feature. The platform rose to prominence, and in a little over two years of operations, it had over 1 million user accounts Drugs reportedly accounted for 70% of the goods sold on Silk Road.

Eventually, the FBI in collaboration with other law enforcement agencies shut down the website and confiscated over $1 billion worth of digital assets.

Recall that the previous attempts at creating a dark web marketplace faltered as a result of the absence of a censorship-resistant payment system. Following the creation of Bitcoin, Ross Ulbricht quickly took advantage of the fact the digital asset did not require the use of banks. Thanks to Bitcoin, the Silk Road emerged as the major market in the dark web because it had adopted an unregulated and borderless payment system.

Who Is Ross Ulbricht?

Ross Ulbricht is the founder of Silk Road. He had envisioned and then successfully created a platform that made it possible to deal and buy all sorts of products from the comfort of your home and receive them via mail — the key here was that these purchases would be anonymous, which naturally made the marketplace highly attractive to sellers of buyers of illegal goods.

Ulbricht appeared to have libertarian leanings that shone through in his creation of the Silk Road, creating a marketplace that existed without government oversight. But, as these things tend to do, the success of the Silk Road brought unwanted attention from the FBI.

After months of infiltrating the Silk Road community, the FBI eventually arrested Ulbricht in 2013 in the San Francisco Library. After one undercover Homeland Security Officer convinced Ulbricht to open the Silk Road’s backend, two arrested FBI officers pretended to be a quarreling couple as a distraction, and then grabbed the laptop quickly to prevent Ulbricht from deleting any files from his laptop.

In 2015, after refusing a plea deal, Ulbricht was convicted and sentenced to life imprisonment without the possibility of parole. He was charged with money laundering, computer hacking and trafficking fraudulent ID documents, as well as allegedly paying to have two people murdered and other narcotics charges.

Who Is Dread Pirate Roberts?

After the initial success of Silk Road, Ulbricht decided to shake things up as regards the management of the platform. This was when he took up a pseudonymous name, Dread Pirate Roberts, based on a fictional character from The Princess Bride. The alias was originally created by a still-unknown Silk Road user, and it has been posited that several people could have been using the Dread Pirate Roberts account.

After the arrest of Ulbricht, the FBI seized over $1 billion worth of Bitcoin associated with the Silk Road. Since then, critics have been quick to bring up the illicit use of Bitcoin in the dark web as an argument against the push for mainstream adoption.

However, as discovered during the unraveling of the Silk Road saga, the Bitcoin network uses a public ledger to store transaction history. Therefore, anyone can look up past transactions and link them to wallet addresses. If such wallet addresses are linked to registered and verified accounts, then it is possible to link them to real identities.

As it turns out, the pseudonymity of Bitcoin has actually been a help at times to police investigations of online criminal activity, rather than a hindrance.

Unfortunately, cryptocurrencies are still used on the dark web. However, note that this situation is not particular to digital assets. Fiat currencies are also being used to facilitate illicit activities, as they have been since the dawn of time.

The attention is often on cryptocurrencies and the dark web simply because of the perceived anonymity that many digital assets give users. What most people fail to understand is that it is easy to track the activities on blockchain payment systems, except when there are special protocols put in place to cloak transaction details. It’s also important to note that several reports have revealed that only a small fraction of the global crypto transaction volume is linked to the dark web.

Despite these common misconceptions, the digital asset terrain is increasingly being regulated and the chances of getting away with the illegal use of cryptocurrencies are getting slimmer by the day. So next time you want to make an illegal purchase using cryptocurrency on the dark net, you might want to think again.