What Is Ox?
Зміст
What Distinguishes 0x From Other DeFi Projects?
How Does 0x Work?
What Does the Ox Platform Run On?
What Is the ZRX Token?
Does 0x Have Any Flaws?
Final Thoughts
Tech Deep Dives 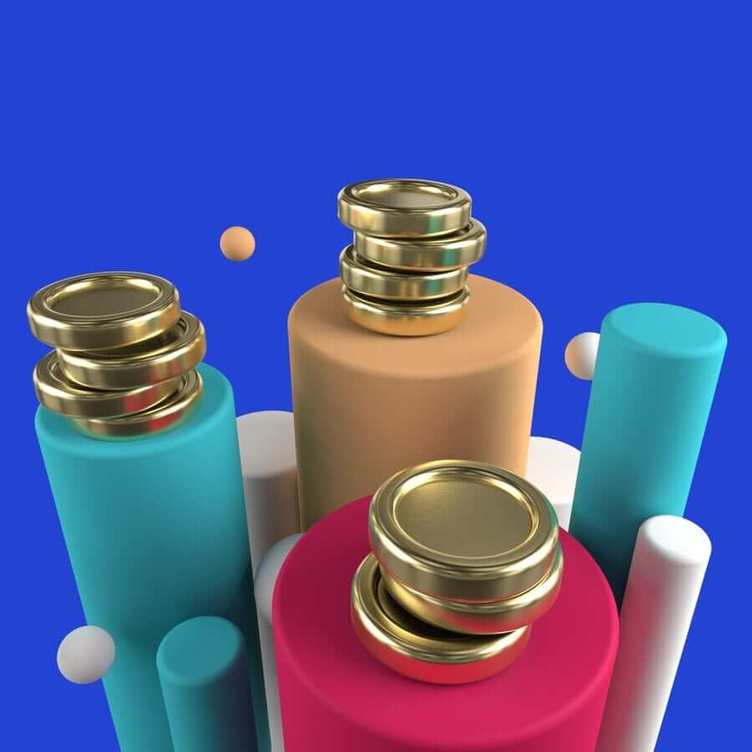 2021 is the year of the ox and one decentralized platform – whose name echoes that of the celestial symbol – plans on harnessing its good fortune to continue an upward trend.
0x Labs is an organization that has developed a decentralized exchange (DEX) protocol that provides infrastructure to support the global exchange of tokenized assets and underpin a wide ecosystem of peer-to-peer (P2P) transactions.
Since its launch in 2017, 0x has doubled its staff and ramped up its efforts to realize its vision. As the team has indicated, a key aspect of 0x’s infrastructure development is improving and managing liquidity sourcing; in line with this goal, the organization has built an application programming interface (API), 0x API, that bills itself as a liquidity solution across DEXs and platforms, among them Ethereum, Binance Smart Chain and Polygon.

In addition to this, the 0x platform seeks to facilitate interoperability between DEXs and to support exchanges between Ethereum-based tokens and various tokenized assets.

DEXs are today the go-to platforms for many crypto traders, given that they allow for greater privacy and charge lower exchange fees. DEXs like Uniswap have persuaded many users to transfer their funds off popular centralized crypto exchanges like Coinbase. 0x’s protocol also allows developers to build their own decentralized crypto exchanges easily.
Summing up 0x’s hopes for the future of decentralized finance (DeFi), the organization’s co-founder Will Warren has envisioned all forms of value becoming tokenized on public blockchains, including “fiat currencies, stocks, bonds, commodities, debt instruments, real estate, video game items, digital collectibles, software licenses, reputation, and much more.”

What Distinguishes 0x From Other DeFi Projects?

There is a growing number of duplicate projects in the world of DeFi that struggle to differentiate themselves from their competitors. 0x has attempted to set itself apart by focusing on the tools that it judges to be most important for the development of the ecosystem more broadly.

The team has attempted to make it easier for developers to build their own DEXs and to help users to execute more efficient and accurate trades by providing a tool for liquidity aggregation. 0x has also created a feature called Matcha, which serves as a search engine for trading on all DEXs simultaneously – akin in its functionality to Expedia or Kayak. By aggregating all DEXs in this way, 0x aims to simplify the trading process for those faced with so many DEX options.
Another thing that distinguishes 0x from other Ethereum-based DEX protocols is that 0x supports both fungible (ERC-20) and non-fungible (ERC-723) tokens. This allows for permissionless trading across a wide range of assets, enabling holders to buy, sell and exchange the vast majority of Ethereum assets via over a dozen different apps.
The 0x protocol can be applied in a wide range of contexts, including Shopify-style marketplaces for digital goods and services, over-the-counter (OTC) trading desks and DeFi protocols and DEXs.

Although 0x can be used to build highly flexible DEX products, it can also be integrated into products in which token exchange is a secondary feature, e.g. for portfolio management platforms or in-game purchases for online games.

On the 0x protocol, exchange fees are paid using native ZRX tokens. These fees are used to incentivize market maker (relayer) liquidity. Users also need to pay a protocol fee denominated in Ether, which is used to pay for the gas used in any transactions they complete. As an open source protocol, 0x does not receive any share of this revenue and is instead supported by the ZRX tokens that are unlocked for team and developer incentives, in addition to its initial ICO funding.

How Does 0x Work?

0x supports DEX functionality by leveraging a collection of open source and publicly auditable smart contracts. These smart contracts work together to form a flexible, low-friction trading protocol that developers can easily weave into their products. The code for executing token swapping is openly shared on the 0x homepage; exchange makers need only copy it over and paste it into their platform.
The protocol is powered by an ERC-20 utility token called ZRX. Nodes (also known as relayers) host an off-chain order book and offer user-facing applications that present this information and enable users to make, fill and cancel transactions that are paid in ZRX tokens (as trading fees).

What Does the Ox Platform Run On?

The 0x platform was built using the Ethereum blockchain. The Ethereum framework and infrastructure of nodes provide the underlying security that protects the 0x network from attacks.

When it comes to its Ethereum-based smart contracts, version 3 of the 0x protocol has been audited by several third parties — including ConsenSys Diligence — which have scrutinized it carefully for any underlying vulnerabilities, backdoors, or redundant functions.

While no major issues were found, a vulnerability in the version 2 smart contract was detected, which was later patched by the 0x core team. This vulnerability was identified by an independent researcher and was not exploited before it had been tackled. 0x continues to offer a generous bug bounty to help the team to detect and patch any issues before they can be exploited.

What Is the ZRX Token?

ZRX is the native token of the 0x platform. ZRX token holders have the power to vote on any proposals that the 0x team puts forward as it continues to develop the network. Each token acts as a vote, which serves as an incentive for users to hold more 0x in their wallets. During voting, all ZRX tokens are locked while the results are decided. This ensures that all voters will be directly affected by any changes that are implemented (preventing sabotage). Users can also stake ZRX in liquidity pools in order to earn rewards on their holdings.

Does 0x Have Any Flaws?

The 0x protocol has flaws like any other. Many have identified points that need clarification in order to improve its governance model and voting mechanism. Others have claimed that 0x will not be able to keep operations running without monetizing the platform and allowing for increased liquidity. However, there is no indication that the 0x team will not be able to handle these problems going forward.

0x will likely remain an important player in the DeFi and DEX space. New tools like Matcha represent a step forward for interoperability and the development of the wider ecosystem. 0x Labs offers valuable tools that developers can use to build their own exchanges and provides protocols that facilitate simple P2P Ethereum-based token exchange. Although it’s anyone’s guess who will become the Google of decentralized exchanges, users should keep an eye on 0x as a promising contender.
This article contains links to third-party websites or other content for information purposes only (“Third-Party Sites”). The Third-Party Sites are not under the control of CoinMarketCap, and CoinMarketCap is not responsible for the content of any Third-Party Site, including without limitation any link contained in a Third-Party Site, or any changes or updates to a Third-Party Site. CoinMarketCap is providing these links to you only as a convenience, and the inclusion of any link does not imply endorsement, approval or recommendation by CoinMarketCap of the site or any association with its operators. This article is intended to be used and must be used for informational purposes only. It is important to do your own research and analysis before making any material decisions related to any of the products or services described. This article is not intended as, and shall not be construed as, financial advice. The views and opinions expressed in this article are the author’s [company’s] own and do not necessarily reflect those of CoinMarketCap.
4 people liked this article

Tech Deep Dives
Ethereum: A Visual Look
CoinMarketCap Alexandria takes a visual look at some key Ethereum metrics as the year comes to a close.
Автор Kevin Dwyer
2 days ago
3 хв
Tech Deep Dives
Top 10 Digital Currency Group (DCG) Subsidiaries and Portfolio Companies
CoinMarketCap Alexandria takes a look at the holdings of DCG — one of the biggest venture capital company in the digital assets industry — helmed by Barry Silbert.
Автор Kevin Dwyer
3 days ago
3 хв
Tech Deep Dives
10 A16z Portfolio Companies
A16z has made a name for itself as one of the biggest funds in the game.
Автор Kevin Dwyer
2 weeks ago
4 хв
See all articles