LUNA 2.0 off to a Bad Start After the Launch, Dumps 75%
İçindekiler
LUNA friendless in the market
Crypto News

The LUNA token re-launched after the hard fork but dumped 75% in the first 48 hours. 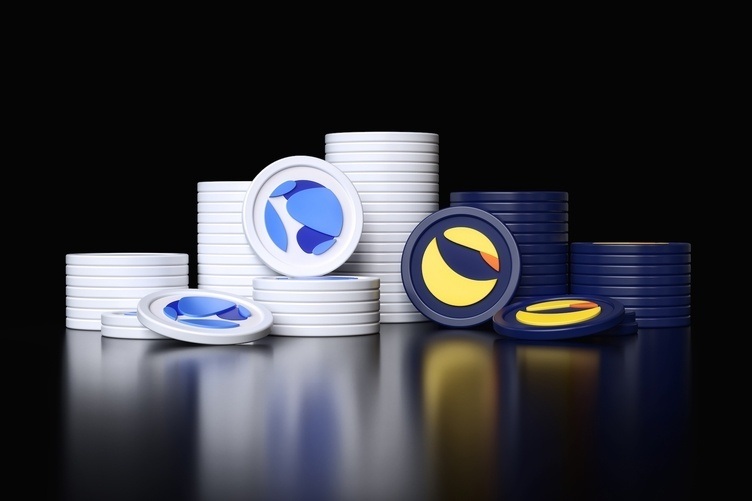 There's never a dull day in LUNA land, and that will probably not change after the launch of LUNA on the weekend.

Following the hard fork of the old Terra chain — now labeled Terra Classic — into Terra, its LUNA coin re-launched (and the old one remains as a de facto shitcoin called Luna Classic). That Luna V1 and V2 setup is reminiscent of Ethereum and Ethereum Classic, where (almost) everyone knows "the real thing."

The launch of Terra V2 did not really go according to plan though, and the coin dumped hard after an initial spike to $19.54 briefly after the launch. It bottomed at $3.63 only hours after its launch and trades at $5.90 at the time of writing. That was despite (or maybe because of) the fact that LUNA was listed by several major exchanges like KuCoin, Bybit, FTX, and others.

700 million of the total one billion LUNA coins are going to stakeholders of Luna Classic, either those that held LUNC or those that held its (now almost worthless) TerraClassicUSD stablecoin. The V2 version of Terra does away with the stablecoin and wants to preserve the ecosystem, although the viability of that plan can be called into question, considering how DeFi-oriented the Terra ecosystem is.

LUNA friendless in the market

Only 30% of the initial LUNA supply can be claimed after the airdrop, and it seems claimers aren't exactly holding on for dear life to their LUNA.

Lark Davis told his almost one million followers that he isn't planning to HODL his LUNA bag if he gets one:

Others echoed that take and dumped LUNA for ether:

Even Bitboy Ben Armstrong, never one to shy away from shilling a dubious crypto investment, recommends against LUNA:

With much credibility destroyed by the catastrophic failure of UST, Terra V2 will have an arduous task ahead if it wants to rebuild trust. That will not get any easier in a bear market where capital is scarce and investors ask more questions than during a bull run. But if someone is willing to take on the seemingly impossible, it is surely Do Kwon.

Crypto News
Revealed: How Much BlockFi Owes to Its Biggest Creditors
In other developments, the Financial Times is reporting that BlockFi is suing Sam Bankman-Fried in an attempt to seize shares in Robinhood.
Yazan: Ivan Cryptoslav
23 minutes ago
1d"
Crypto News
Elon Musk Triple Dog Dares Apple to Boot Twitter from App Store
In a series of angry tweets, Twitter's new owner said Apple had threatened to remove the social media app from its App Store — and 1.2 billion iPhones.
Yazan: Ivan Cryptoslav
25 minutes ago
3d"
Crypto News
Kraken Settles Iran Sanctions Fine with 99.8% Discount
The San Francisco-based cryptocurrency exchange managed to avoid a collision with the Treasury Department's sanctions office that took such a hard line against the Tornado Cash mixer.
Yazan: Ivan Cryptoslav
27 minutes ago
3d"
See all articles