Four Advantages and Disadvantages of Bitcoin

The openness of the blockchain, which allows anyone to view Bitcoin transactions both past and present, is one of the truly revolutionary aspects of the system designed by Bitcoin’s mysterious inventor(s) Satoshi Nakomoto. 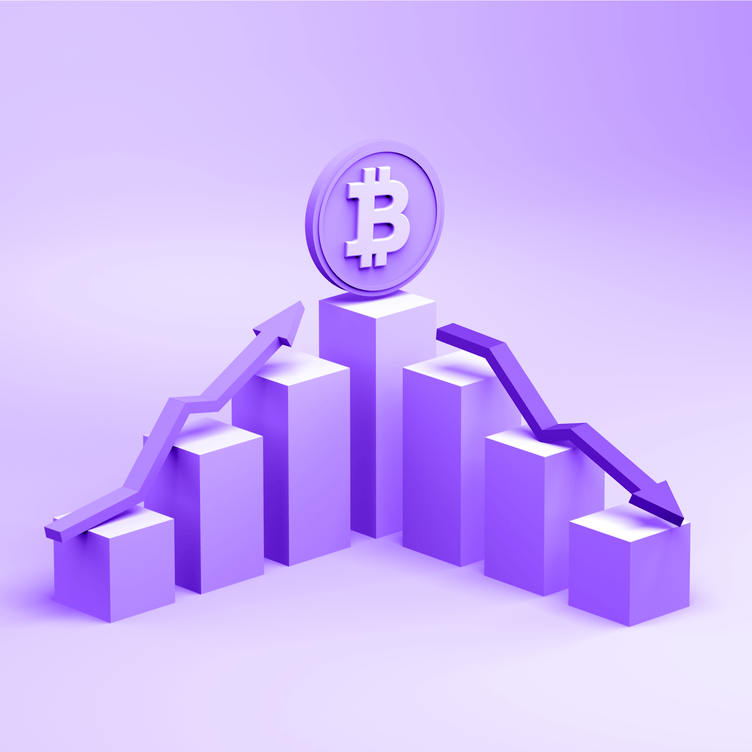 If you've ever wondered why more and more people are starting to use Bitcoin and blockchain technology, here's a list of some of the reasons why (and why not) Bitcoin adoption is growing.

1: Blockchain Is Decentralized and Censorship-Resistant

The openness of the blockchain, which allows anyone to view Bitcoin transactions both past and present, is one of the truly revolutionary aspects of the system designed by Bitcoin’s mysterious inventor(s) Satoshi Nakomoto.

While the actual identity of those behind the transactions is obscured behind a cryptographic series of numbers, the ability to see cryptocurrency flows — without the need for any centralized entity in control — creates an attractive financial system for those that crave freedom from the current financial system.

This decentralized, censorship-resistant system is made possible by a combination of Bitcoin and blockchain technology.

Bitcoin (BTC) is a cryptocurrency that is based on a tamper-proof distributed ledger called a blockchain.
Blockchain technology enables peer-to-peer and cryptographically-secured transactions without the need for financial institutions to serve as intermediaries.
Bitcoin (BTC) transactions are thus significantly more resistant to government and corporate interference and control than fiat currencies are. Because it is not issued by a central bank, Bitcoin does not require centrally-planned overreach from any single entity.
Based on a decentralized network that uses a consensus mechanism called proof-of-work, the Bitcoin blockchain is designed as a payment system that prevents double-spending and provides a transparent record for anyone to inspect in nearly real-time.
A digital wallet for holding crypto is also more accessible than a traditional bank account for many users, which is why many have celebrated cryptocurrencies’ promise of greater financial inclusion.

Relative to traditional financial infrastructures, Bitcoin users have significantly more control over their personal information and financial data, and face fewer risks of identity theft than users of fiat currencies and other digital forms of payments like credit cards do.
This is to a large extent because of the use of cryptographic private keys, where a publicly visible Bitcoin wallet address conceals a user’s identity from others.
Bitcoin has also been consistently setting new records for its network hash rate — a measure of the overall collective computing power involved in validating transactions on the Bitcoin blockchain at any given time.
More power and participation establishes greater network security, as the Bitcoin blockchain becomes more resilient against the risk of a 51% attack, ensuring that the shared truth of the blockchain ledger is upheld.

The Bitcoin network’s rising hash rate attests to the widespread recognition of the profitability potential of Bitcoin mining, as well as investing in Bitcoin itself.
Bitcoin is not only a cryptocurrency, but also in many cases a highly lucrative investment. As a tradable asset and a unique store of value, Bitcoin price increases have in many cases led to unparalleled returns on investment. As a digital currency with a finite supply, many argue that Bitcoin is inherently deflationary.

Bitcoin payments are also subject to low transaction fees and significantly less friction when it comes to cross-border transactions.

Fiat currencies still remain the most widely-used form of currency.

Bitcoin — like Ethereum (ETH) and other major cryptocurrencies — is not yet as widely accepted by merchants, nor is the cryptocurrency as well known to users as payment methods like PayPal and Visa.
Bitcoin scams, dark web heists and cryptocurrency exchange hacks have also deterred some users, despite the fact that financial crime, cybersecurity risks and money laundering are unfortunately all risks inherent to traditional and more innovative payment systems alike.
3 people liked this article

Crypto Basics
Week in DeFi: Lending Protocols Ship, a Bustling Cosmos and Proof-of-Innocence
Check out our weekly roundup packed full of DeFi tweets, news and alpha you don't want to miss out on — as protocols continue to ship amidst the consolidation of the recent rally.
Yazan: 0xKira
13 hours ago
5d"
Crypto Basics
Week in DeFi: Frax Leads LSD Race, MetaMask Hops on the Bandwagon
Another exciting week in DeFi as markets rally and the LSD narrative heats up — check out our weekly roundup of the most important DeFi tweets, news and alpha you can't miss out.
Yazan: 0xKira
5 days ago
4d"
Crypto Basics
What Are Cryptocurrency Hedge Funds?
Cryptocurrency hedge funds work much like traditional hedge funds in that they allow individual investors to contribute to an expert-managed investment pot.
Yazan: Daniel Phillips
1 week ago
6d"
See all articles