March 8 is International Women’s Day. Here, we celebrate eight women who are making waves in the world of crypto and blockchain. 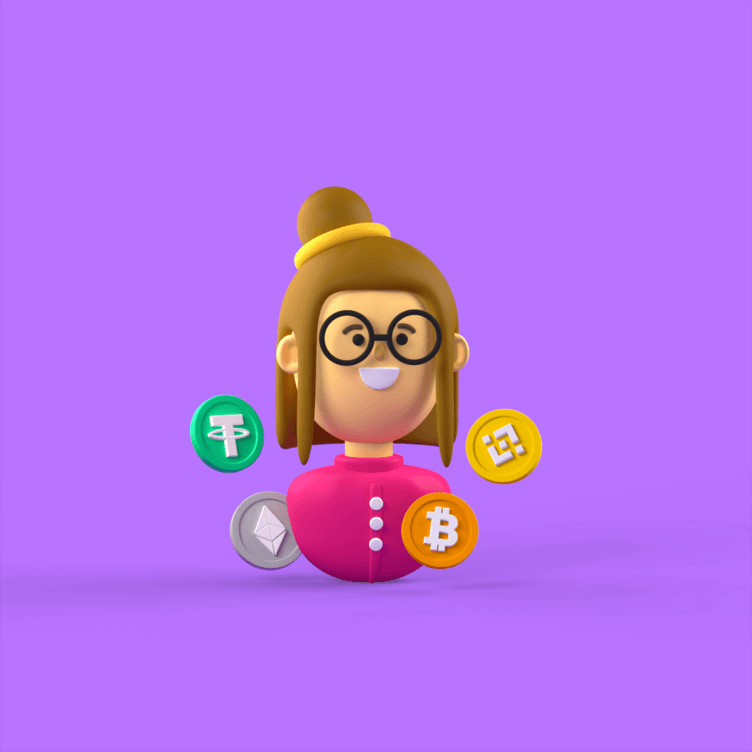 Recent research from eToro suggests only 15% of Bitcoin traders are women — powerfully illustrating the gender imbalance that exists in the world of cryptocurrencies.
Nonetheless, there are reasons to be optimistic. A report from Gemini indicates that, among those who are planning to invest in crypto, 40% are female. Better still, a greater number of women are making an impact in high-profile positions throughout the digital assets sector — and this representation will be crucial for enacting change at every level of the industry.

March 8 is International Women’s Day — and this year’s theme is Choose to Challenge. To celebrate, let’s shine a spotlight on eight women with a prominent voice in crypto. This isn’t a countdown, nor an exhaustive list, but it’s an impressive collection of professionals.

Affectionately known as “Crypto Mom” by many in the sector, Hester Peirce is an SEC commissioner who is playing an instrumental role in delivering a regulatory framework for digital assets. Working alongside the new chairman Gary Gensler, Peirce began her second five-year term in the role last August — meaning she’ll be in her post until 2025.

Peirce has won plaudits by being passionate about delivering clarity for the crypto industry — something that she believes is crucial for fostering innovation in the space. She strikes a refreshing tone in speeches about the digital economy, too. Speaking last month at George Washington University Law School, she said: “We tend to look at technological innovation in the markets with deep suspicion, and that mindset has to change.”

She was also full of praise for the DeFi sector, adding: “Although a work in progress with all the growing pains and rough edges that implies, DeFi’s promises of democratization, open access, transparency, predictability, and systemic resilience are alluring.”

As a research director at Fidelity Digital Assets, Ria Bhutoria is delivering razor-sharp analysis of what’s happening in the crypto markets and why — all while helping to address some of the persistent criticisms surrounding Bitcoin.

One of her coolest innovations has been the “FUD Fort” — a carefully cultivated list of articles that helps to address some of the biggest areas of fear, uncertainty and doubt that proliferate in the crypto space…surrounding the environment, manipulation, limited throughput, illicit activity, volatility and everything in between.

If you’re looking for a way to make sense of what’s going on, her posts serve as essential reading.

For outsiders, some areas of the crypto sector — especially decentralized finance — can be exceedingly confusing to follow. Camila Russo is one journalist who has been making remarkable in-roads in demystifying this space for all of us.
Formerly a reporter at Bloomberg, she went on to write an in-depth book that told the story of Ethereum. She’s now launched The Defiant — a media outlet that tracks DeFi’s story through a website, a newsletter, YouTube videos and a podcast.
We’ve even been lucky enough to welcome Camila to CoinMarketCap Alexandria, where she wrote this brilliant deep dive into DeFi — chronicling its evolution from a Telegram chat between developers and entrepreneurs to a bustling sector that now has a total value locked of about $40 billion.

Bitcoin can only handle about five transactions a second, but Elizabeth Stark is spearheading an effort to make BTC payments far faster and cheaper than they are now.

She’s the CEO of Lightning Labs, the company behind a layer 2 solution for Bitcoin that ultimately aims to serve as a Visa-inspired network for the cryptocurrency.

Although the technology is still being finessed, it could prove essential in ensuring that Bitcoin can be used widely as a payment method — and all without the blockchain suffering the same levels of congestion that Ethereum does.

After an illustrious career at Morgan Stanley and Credit Suisse, Caitlin Long has now set her sights on the world of blockchain. This year, she’s set to launch a new bank called Avanti, which aims to serve institutional customers and high net worth individuals. Her financial institution is based in Wyoming, and she serves on the state’s Blockchain Select Committee.

Long says that Avanti aims to offer a “critical” piece of infrastructure that’s currently missing from the market — a regulated bank that can provide crypto custody services. She argues that pension funds, corporations and other entities need this to exist before they can gain exposure to Bitcoin in any meaningful way.

Kristin Smith runs the Blockchain Association — and is focused on helping the crypto industry to develop “a strategic roadmap for public policy.” It’s a role she’s exceedingly qualified for after working in House and Senate offices at a senior level, as well as private sector experience in advocating for telecoms companies.

The association’s goal is to help tackle some of the regulatory hurdles that stop entrepreneurs from innovating — and support lawmakers who have to take security concerns and consumer protection into account.

With attitudes towards crypto and blockchain shifting, and the World Economic Forum’s annual meeting in Davos crucial for shaping opinion, Sheila Warren’s role as head of blockchain and data policy at the WEF is a significant one.

She recently set out a series of predictions for 2021 — writing: “It is likely that financial institutions and service providers will intensify their own experiments with, and use of, cryptocurrency this year, whether via investment or actual deployment.”

Warren also believes that there will be great strides in unlocking the potential of non-fungible tokens, and plenty of exploration surrounding the merits of decentralization.

Although Christine Lagarde isn’t working specifically in the crypto sector, she has a tremendous amount of influence in its future — especially when it comes to Bitcoin regulation, and whether Europe will push ahead with plans to launch its own central bank digital currency.

It’s fair to say the seasoned central banker isn’t a fan of BTC — and last month, she didn’t mince her words in proclaiming that the ECB won’t be holding the cryptocurrency in reserve, describing such a development as “out of the question.” However, in September 2019, Lagarde had said that central banks and regulators should recognize the social benefits of technological innovations like digital currencies and allow the space to develop.
9 people liked this article

Bitcoin
Iceland Cuts Energy Supply to BTC Miners Amid Shortage
And for now, new customers who are hoping to purchase energy to mine cryptocurrencies are being turned away.
Yazan: Connor Sephton
9 months ago
3d"
Bitcoin
Crypto News, May 11: Why One Analyst is Still Optimistic about Bitcoin
Also today, why Bitcoiners are trying not to say "I told you so" after UST and LUNA imploded.
Yazan: Connor Sephton
4 months ago
4d"
Bitcoin
Crypto News, August 19: Crypto Dumps, Longs Liquidated
Celsius may be getting a new examiner for their bankruptcy case, as over $400 million got liquidated over the last 24 hours due to a sudden sharp drop of BTC and ETH.
Yazan: Ivan Cryptoslav
1 month ago
2d"
See all articles