What Is Sweat Economy? The Move-to-Earn Application and Fitness Ecosystem

By rewarding people with digital tokens, a variety of move-to-earn apps have looked to make fitness more attractive and rewarding. 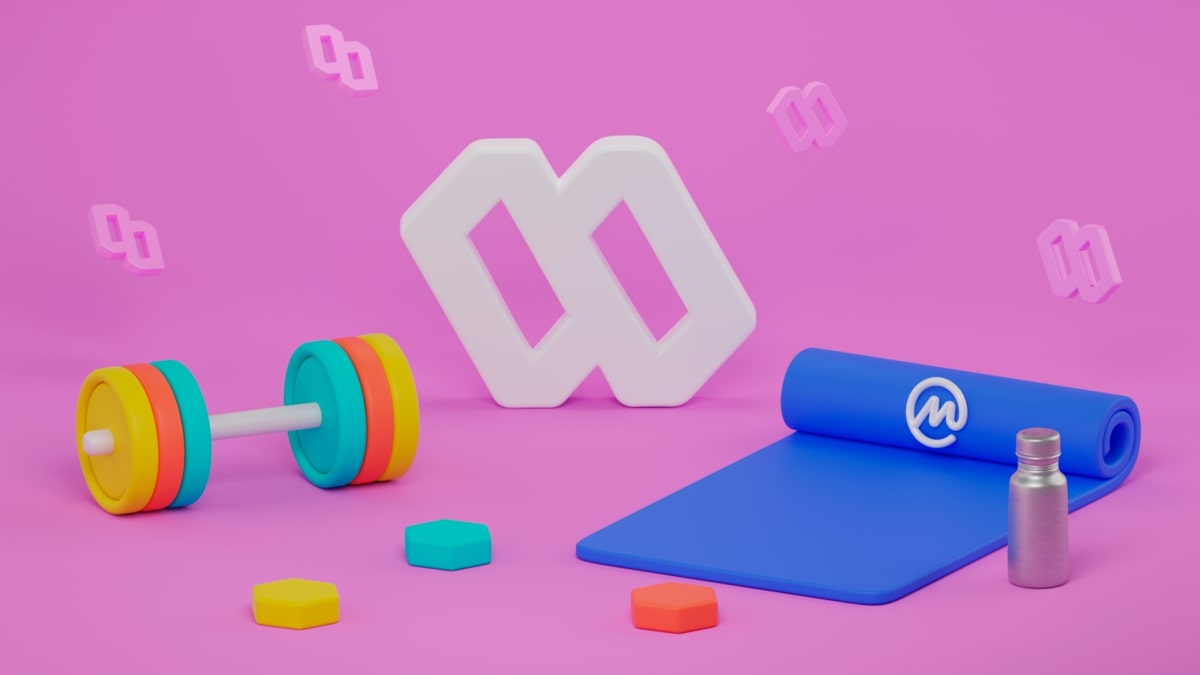 Keeping fit is, without a doubt, one of the best ways to improve health and happiness. It’s unusual then, that so many people struggle to maintain their physical activity.

The move-to-earn paradigm recently emerged as a potential solution to the problem. By rewarding people with digital tokens, a variety of move-to-earn apps have looked to make fitness more attractive and rewarding.

But until now, none have managed to garner a mainstream audience or sustain its growth long-term. Sweat Economy is looking to change this, by making move-to-earn more accessible, intuitive, and most importantly, sustainable.

What Is Sweat Economy?

Sweat Economy is an upcoming extension to the burgeoning Sweatcoin product ecosystem. It is an on-chain token ecosystem and mobile application that helps to reward users for keeping fit.

Sweat Economy is a Web3 extension to the currently existing Web2 Sweatcoin platform — which is currently the most downloaded Health & Fitness app globally, according to the project.

Launched in 2015, Sweatcoin is arguably the first example of a move-to-earn application and has secured its place as the number 1 app in more than 60 counties. The project records that there are well over 110 million downloads across 165 countries.

The new platform brings Sweatcoin on-chain and introduces the SWEAT token, the Sweat DAO, the non-custodial Sweat Wallet, NFT marketplace, and an ecosystem of new Sweat products that are made possible by blockchain technology.

Sweat Economy looks to change the face of fitness by refining the move-to-earn industry and making it available to a mainstream audience. The platform introduces a range of measures to control growth in the token supply while still providing attractive incentives for users.

In Q1 2022, Sweatcoin provided more than $70 million in goods and services to its users in exchange for keeping fit.

To learn more about move-to-earn, see our glossary entry.

The next phase of its roadmap is well underway, and the Sweat Economy is now ready to launch, the project notes.

How Does Sweat Economy Work?

Sweat Economy works in combination with the Sweatcoin app. Through the app, users earn digital rewards points by engaging in physical activity. These rewards can be accumulated, spent in-app or converted to on-chain SWEAT tokens and stored in the non-custodial Sweat Wallet app.

Once minted on-chain and available in the Sweat Wallet app, users will have free reign over what they do with their tokens — whether that be playing games, unlocking perks, or exchanging for other assets.

Within the Sweat Wallet app, users can stake their SWEAT tokens to begin earning a yield and unlock access to further rewards — which can include event tickets, gift cards and NFT from its partners.

Users can either buy SWEAT tokens from a support exchange, or they can earn them by participating in its move-to-earn economy via the original Sweatcoin app. The platform uses a range of data points, including information from the GPS and movement sensors (accelerometer and gyroscope) to determine how much the user has moved — awarding Sweatcoins in return.

Right now, SweatCo Ltd maintains the only validator, but this is set to be decentralized in the future, allowing third parties like activity trackers, insurers and healthcare providers to maintain their own validators. These providers will need to stake SWEAT tokens to become Movement Validators and will be rewarded a small percentage of the fees included in the transactions they process in return for their services.

Right now, users can mint 1 SWEAT for every 1,000 steps walked. But as part of its sustainable tokenomics, the minting difficulty increases with time. In one year, 1,000 steps will yield 0.33 SWEAT, whereas in two years this will fall to just 0.19 SWEAT — as such, inflation will reduce as the ecosystem becomes larger.

Users have a daily limit to the amount of SWEAT they can earn, which helps to prevent abuse and ensure the platform remains sustainable, the project notes. This limit is currently capped at give5 SWEAT per day, but users will be able to increase this limit by staking their SWEAT using the grow feature.

Sweat Economy is built on the NEAR blockchain. This is a high-speed, energy-efficient blockchain that is designed for massively scalable Web3 applications, according to NEAR.

The platform is certified carbon neutral: Sweat Economy is the first move-to-earn application built on the platform.

As the first mover in the move-to-earn space, Sweat Economy and the associated Sweatcoin app have been around as a Web2 product since 2015. Now, the app is moving into cryptocurrency rewards with its new extension.

Some of its unique features can be summarized as follows:

No barriers to entry: In order to appeal to the largest possible audience, users can access the Sweat Economy with zero barriers to entry, according to the project. Anybody can begin earning rewards for keeping fit by downloading the Sweatcoin app — and can opt-in to crypto rewards if they so choose. The platform keeps the technical details behind the scenes.
Massive community: It is no exaggeration to say that Sweat Economy is on track to becoming the biggest crypto application of all time, according to the project. The original Sweatcoin app has more than 110 million users, of which more than 13 million have already opted into crypto and downloaded the Sweat Wallet app. To put this into perspective, other move-to-earn project STEPN achieved just north of three million users at its peak. By the token generation event, Sweatcoin expects to have around 137 million users.
Partnerships: Sweatcoin in its pre-crypto form has already forged partnerships with a huge number of global brands. This includes insurers, fitness and lifestyle brands, and major healthcare providers.
Multiple revenue streams: Unlike M2E tokens that can lack intrinsic value and suffer from runaway inflation, Sweatcoin and Sweat Wallet are unusual in that they both have multiple revenue streams. This includes both B2B and B2C streams, which feed into the app and help the platform maintain its long-term sustainability. Many of these revenue streams will also result in SWEAT being burned, gradually reducing its circulating supply.
Data integrity: Sweat Economy is unusual among fitness apps in that it does not monetize user data. Sweatcoin has never sold user data, the project notes, but will create a new platform that will allow users to opt-in to data monetization. If users choose to opt-in, their data will be included in an aggregate data pool, which might be valuable to insurers, doctors, healthcare services and more, who will pay to access it. The data owners will share the profits this generates, further increasing their rewards for keeping fit.
Inactivity fee: To encourage users to remain active long term, the Sweat Foundation will impose an inactivity fee. The SWEAT DAO will charge a fee in SWEAT tokens for users that fail to maintain a minimum activity level, with the exact fee to be set by the DAO participants.

Sweat Economy was created by the same minds behind the original Web2 Sweatcoin platform. The platform has four co-founders:

Besides the co-founders, Sweat Economy is supported by an international team that includes engineers, growth hackers, community engagement professionals and design specialists.

The SWEAT token forms an integral part of the Sweat Economy as both a reward token for users as well as the sole unit of exchange in the app.

The SWEAT token plays a variety of roles in the Sweat Economy ecosystem. As the primary reward token, it can be used to unlock a variety of benefits, such as vouchers and discounts for blue-chip brands like Amazon and Adidas, tickets to popular sporting events and stablecoin prizes.

SWEAT can also be staked using the grow option to access premium features, such as an increased daily minting limit. The APY users receive by staking increases with the amount of SWEAT staked.

Sweat Economy is also building a competitive NFT-enabled game within the Sweat Wallet app. Users will be able to stake their SWEAT tokens as they compete with other players. Each head-to-head match will result in the burning of SWEAT, helping to shrink the circulating supply over time.

Sweat Economy recently conducted its public and private SHOs on DAO Maker — becoming the most subscribed SHO of all time, with over 41,000 participants.

To prevent SWEAT from falling victim to the challenges faced by other M2E coins, the team behind the project notes that it finely tuned its tokenomics to maximize long-term sustainability.

According to the official distribution schedule, older Sweatcoin users will be able to convert 10% of their Sweatcoin balance to on-chain tokens at the token generation event (TGE). Besides the public sale participants on DAO Maker, no other investors will have tokens at TGE — private and seed stage participants are subject to a 12-month cliff and 36-month linear vesting, preventing a sudden supply overload.
The SWEAT token will be listed on Sept. 13, 2022, on multiple tier 1 centralized exchanges including FTX, Bitfinex and OKEx. The token will be available on both the NEAR and Ethereum blockchains as an NEP-141 and ERC-20 token respectively.

Does Move-to-Earn Have a Future?

Almost all current-generation move-to-earn platforms suffer from at least one of two common challenges.

According to the project, Sweat Economy looks to tackle both of these challenges simultaneously by underpinning its economy with multiple revenue streams, as well as by making crypto an opt-in feature while keeping the bulk of the technology in the background.

Sweat Economy is currently in phase one of its roadmap. The non-custodial wallet app is now available, and the SWEAT token generation event and staking feature launch are set to occur in September 2022.

In later stages of its roadmap, Sweat Economy plans to introduce dynamic NFTs, a fiat on-ramp, inactivity fees, the SWEAT DAO and an NFT marketplace.

According to the project, Sweat Economy plans long-term to onboard 1 billion people into the move-to-earn space, helping to make fitness more rewarding for everyone.