Blockchain network effects — you’ve probably never heard of them, and yet they’re super important for mooning or nuking your coins. 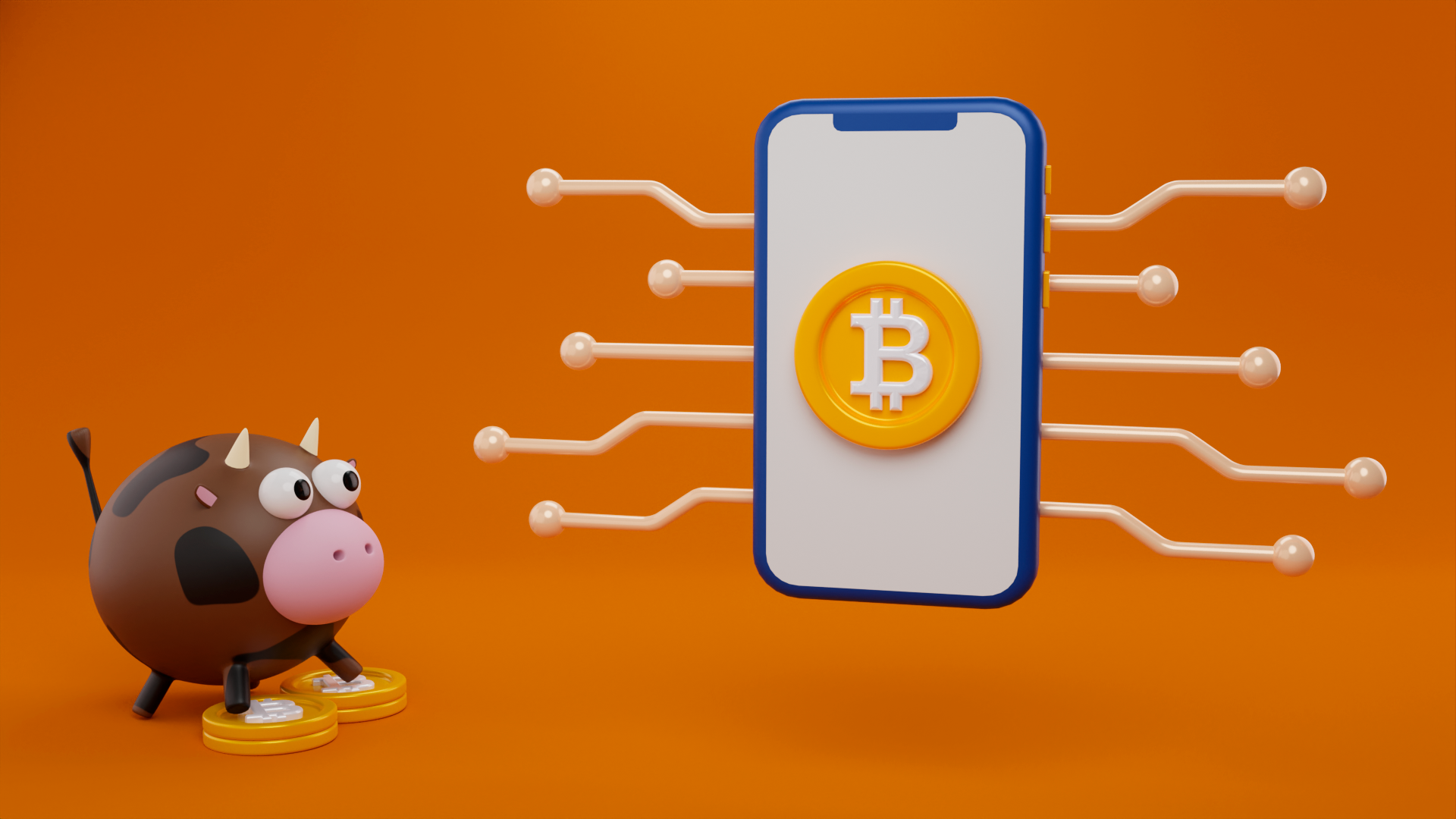 While the bull run was alive and kicking, a few hard questions were asked. VCs were happy to spray and pray investments across blockchains. But in the bear market, hard questions will be asked of the Bitcoin and Ethereum networks:
The utility comes from solving user problems. The more user problems a blockchain can solve, the more new users will flock to it. That is why we are looking at network effects today:
Подпишитесь сейчас

What Are Network Effects and Why Are They Important?

“The phenomenon by which the value or utility a user derives from a good or service depends on the number of users of compatible products.”

In plain English, this means: the more people use something, the (exponentially) more useful it becomes.

For instance, one person owning a phone is useless (they can't call anyone). Two people are better because they can call each other. Three people already yield two potential persons to call and three connections in total. And so on.

A two-sided network would be a marketplace like Amazon, Uber, etc. It connects supply (vendors or drivers) with demand (buyers). It also grows exponentially:
Direct network effects directly result from network growth, i.e., more phone owners resulting in more people being easy to reach. Indirect network effects happen when at least one group benefits from the growth of another group. For instance, the more credit card operators there are, the more competitive the market and the lower credit card fees are. Credit card users benefit from both frictionless payments and low (or zero) costs.
Finally, to determine the strength of a network effect, we have to look at the problem the technology solves and the market it addresses. For example:
New technology usually starts in a niche market and propagates to other markets if it is accepted. For example, social networks like Facebook initially appealed to a tiny niche (campus students at Harvard) and eventually propagated to virtually anyone.

Let's assume that we could hypothetically give each person a Bitcoin address. Would that mean that we have reached the maximum network effect for Bitcoin and thus hyperbitcoinization?

If we look at the number of transactions, we can see that growth is stalling:

The number of transactions and the total size of transactions have gone mostly sideways since the 2017 bull run. Thus, Bitcoin's network effects as a payment network and store of value are currently stalling.
This could be due to several factors. For instance, Bitcoin's volatility may lead investors to the conclusion that it is not such a good store of value after all. Alternatively, they may be holding custodial coins or Bitcoin-related products like Grayscale BTC. On the payments side, the network can only process 120 million transactions per year. Large-scale network effects will only be possible with scaling solutions like the Lightning Network.

However, to determine the strength of Bitcoin's network effect, we need to look at its total addressable market. In other words:

The answers to these questions determine how big Bitcoin's market capitalization can become.
Yet, becoming a store of value is an indirect network effect. If enough capital is allocated to Bitcoin and/or enough transactions are processed, its market capitalization will grow.
However, direct network effects would come from increased adoption. Adoption is difficult to quantify since we cannot distinguish how much real economic activity (not speculation-related) happens on the network. For increased network effects, Bitcoin needs more top-down adoption (acceptance as a means of payment) and bottom-up adoption (a desire to pay in Bitcoin).
A true network effect is unlikely to happen before Bitcoin does not separate its base layer use case (store of value) from its L2 use case (P2P payments).

This is because users that want to hoard coins (SoV use case) will not want to transfer their coins (payments use case). At best, they would use the Bitcoin network as a settlement layer to transfer non-BTC-denominated values.

Ethereum operates more as a two-sided network and is thus more comparable to an operating system like iOS or Windows. Its main value pitch is "a decentralized world computer."
However, Ethereum suffers from a problem.
Since decentralization is a key part of its value pitch, the number of nodes is essential to the network (since more nodes mean a more decentralized network). But the marginal value of each additional node decreases since the 10,000th node is not as important as the 10th. In other words, it doesn't matter all that much whether there are 10 nodes or 10,000.
However, being a node is lucrative and has become even more lucrative after the Merge, now that ETH can easily be staked for yield. But the more ETH is staked, the less ETH there is for network usage. This could result in more expensive ETH (see: the ETH Merge Trade) and higher gas fees. But higher gas fees make the network less attractive to use.
In other words, Ethereum paradoxically suffers from negative network effects because more demand for blockspace results in higher gas fees and slows down the network.
However, there are also positive network effects. For example, successful scaling of Ethereum itself and via L2s like Arbitrum, Optimism, zkSync and Starkware would make the ecosystem more appealing to use. This would be a positive direct network effect, although it would have a negative indirect effect of reducing gas fees on the mainnet and thus burning less ETH.
Furthermore, increased composability would be another direct positive network effect. The more decentralized applications exist for Ethereum, and the more interconnected they are, the more appealing the ecosystem is to use.
Unfortunately, Ethereum suffers from two additional problems. First, although it has a couple of experimental use cases like DeFi and decentralized gaming, it still lacks clearly defined non-speculative utility. Arguably, the point of most DeFi apps is "make more money from money" rather than providing a real alternative to existing financial services. Similarly, many play-to-earn games like Axie, in fact, suffer from negative network effects since too many players drive up the price of in-game assets and slow down the blockchain.
Ethereum's core "product" is decentralized blockspace, and its main strength is a talented and innovative developer community. Thus, there are many potential use cases of Ethereum, but most of them are experimental and still very limited by technology.
The size of the total addressable market for Ethereum's value pitch remains unclear. A classic operating system, like Windows, addresses every computer user, setting a high benchmark for Ethereum. Still, it is uncertain how many users want to put up with technologically inferior products for the sake of decentralization.

Network effects will be a key factor in a potential future bull run. Switching costs for users are low - it's easy to use other L1s instead of Ethereum, But how well-built a network is in terms of composability and scaling will directly influence the number of users a blockchain has.

The bear market is the perfect time for blockchains to zero in on the actual problems they are trying to solve.

Blockchain
Ethereum: A Visual Look
CoinMarketCap Alexandria takes a visual look at some key Ethereum metrics as the year comes to a close.
Автор: Ivan Cryptoslav
11 часов назад
3м
Blockchain
Last Week on Crypto Twitter: I Am A Large Language Model
Sam-Bankman Fried, Elon Musk, punk6529 all have something to say this week — and not everyone wants to hear it.
Автор: Ivan Cryptoslav
21 час назад
5м
Blockchain
Top 10 Digital Currency Group (DCG) Subsidiaries and Portfolio Companies
CoinMarketCap Alexandria takes a look at the holdings of DCG — one of the biggest venture capital company in the digital assets industry — helmed by Barry Silbert.
Автор: Ivan Cryptoslav
вчера
3м
Все статьи