How Traditional Media Platforms Are Adopting NFTs in 2021

Plenty of newspapers and magazines are hopping on the NFT train. 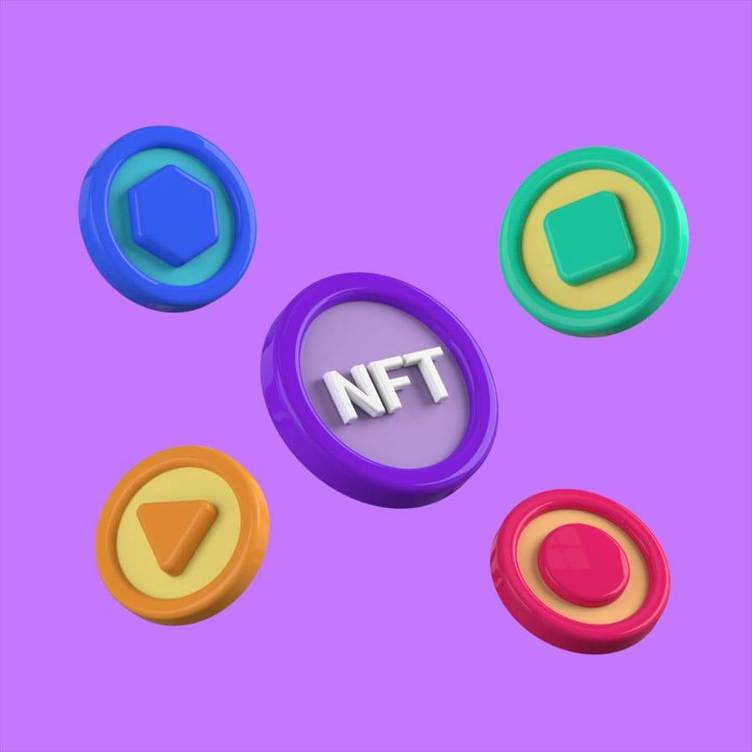 Every now and then, a new technology or trend swoops in and forces market players to either adapt quickly or risk getting left behind. Exactly this phenomenon has recently been noticeable in the media industry, thanks to the explosive popularity of non-fungible tokens (NFTs) and their potential to reshape the ownership, distribution and monetization of digital content. Since the beginning of 2021, several media platforms have experimented with NFT technology. Some have even gone a step further to incorporate it as part of their plans to fully digitize their products and services.

This article will delve into some of the most prominent cases of traditional media outlets engaging with NFT technology over the past year.

Iin March 2021, the financial news website Quartz announced its plans to sell a news article as an NFT through a four-day auction on OpenSea. At the end of the auction, the NFT was sold for 1 Ether (ETH) (worth $1,800 at the time) to an NFT art collector who goes by the pseudonym “zonted” on the OpenSea marketplace. The article NFT was a hand-designed image in SVG format. As with most NFT art, the creator – in this case, Quartz – did not transfer copyright of the article to the buyer.

According to Quartz, the NFT contained the names of the authors, the title of the article, the article itself, and a QR code that links the NFT to the article on Quartz’s website. Moreover, in a bid to quell environmental concerns, Quartz noted that the processes involved in minting and selling the NFT were responsible for around 267kg of carbon dioxide emissions. To make up for this, the media platform purchased a 1,000kg carbon dioxide offset worth $7 from Offsetra, a company which focuses on generating green energy in selected countries.

TIME has been proactive in the NFT space ever since the technology began to make rounds on mainstream news websites. Like Quartz, TIME launched its NFT in March 2021. For its first NFT campaign, TIME tokenized the iconic “Is God Dead?” cover along with two other covers with a similar theme: “Is Truth Dead?” and the yet-to-be-published “Is Fiat Dead?” The collection included a tokenized image showing all three covers. Remarkably, TIME sold its collection of NFTs for close to $500,000.
Following the success of this campaign, TIME decided to conduct an even larger NFT offering in late September 2021. It consisted of 4,676 digital artworks jointly called the TIMEpiece collection. As one of the perks of owning these NFT artworks, buyers will continue to have unlimited access to the TIME website until 2023.
Surprisingly, it took only 1 minute for the entirety of this collection to be sold out. The high demand for these NFTs clogged the Ethereum (ETH) network and caused transaction fees to increase sharply. Experts say that the first-come-first-serve nature of TIME’s NFT sales had spurred the use of bots to scalp the artworks and then sell at a profit on the secondary market.

Playboy joined the NFT bandwagon in April 2021. It partnered with Nifty Gateway to launch NFT art collaborations with established digital artists. The first two collections went live on NIfty Gateway on May 3, 2021. The “Liquid Summer” collection, jointly created by Playboy and Slimesunday, dropped on Nifty Gateway on May 3, 2021. By the end of the auction, the most iconic of the covers included in the collection had sold for $250,000. Playboy’s second NFT sale went live on June 15, 2021. A third NFT auction moved to SuperRare and dropped on July 18, 2021. Yet another NFT cover, “Liquidity Pool,” became available for bidding on SuperRare on September 3, 2021.

Fox Entertainment has announced its plan to incorporate NFTs by launching NFT animations of its upcoming animated comedy series, Krapopolis. The show was created by Dan Harmon, Emmy-award winner and co-creator of the Rick and Morty series, and is set in ancient Greece. According to Fox, this will be the first animated show to be entirely curated on the blockchain. The plan is to launch a dedicated NFT marketplace for the animated series where fans can buy digital goods, including rare NFT characters, background art and GIFs. Additionally, Fox will also sell tokens that unlock special experiences for super fans.

The New York Times sold an NFT column on the NFT marketplace Foundation for $560,000 on March 25, 2021. The interesting thing about this auction was that the article, which was tokenized, did not hold any significant historical importance, nor did it cover a specific historical event prior to the sale of the NFT. In what seems to highlight the exorbitance of the NFT sector, the article had been written by Kevin Roose just a day before the official launch of the NFT and was titled, “Buy This Column on the Blockchain.” According to Roose, the proceeds of the auction went to Neediest Cases Fund, a charity fund operated by The New York Times.

Vogue officially threw its hat into the NFT ring in August 2021 when Vogue Singapore announced that it would be partnering with renowned artists and designers to create a fashion metaverse consisting of 11 fashion and beauty NFTs and two digital magazine NFT covers for its September issue 2021. The first digital cover was co-designed by Chad Knight, a 3D designer and virtual artist.
It’s worth mentioning that one of the NFTs was designed by Balmain’s creative director, Olivier Rousteing. Called the “Flame Dress,” this NFT comes with extra perks, including the ability to import the NFT into Altava, a virtual gaming app. Moreover, if the bid price exceeds 100 Binance Coin (BNB), the buyer will receive the original sketches of the artwork.

In February 2021, Bleacher Report partnered with rappers Quavo, Lil Baby, 2 Chainz and Jack Harlow to create over 300 digital basketball artworks, which were eventually minted into NFTs and sold on OpenSea. 40 of these artworks were gold basketballs and were therefore priced higher than the remaining silver balls. This “experiment” – as Tyler Stewart, the Bleacher Report executive that headed the NFT campaign, called it – generated over $800,000 in sales.

In March 2021, the Associated Press launched and sold an NFT artwork, titled “The Associated Press calls the 2020 Presidential Election on Blockchain – A View from Outer Space,” for 100 ETH, worth $180,000 at the time. The artwork commemorates the first time that election results were called on the blockchain. With the election data showcased on the artwork and the metadata embedded in the NFT itself, the sale highlighted the pioneering use of blockchain in the 2020 presidential election in the United States.

Another notable case is CNN’s Vault project, which allows people to buy NFTs that depit some of the historic moments and exclusive stories in its last 40 years of operation. The NFT moments are minted and are available for purchase on CNN’s website. Buyers can showcase their collections on their CNN pages and earn rewards and other insider benefits by collecting NFTs of similar themes.

All the above instances, in which NFTs have been used by various legacy media platforms, showcase how pivotal the technology could be for the future of media. It’s therefore well worth keeping a close eye on the numerous NFT experiments out there as the technology continues to evolve and legacy outlets become savvier about how best to use it.

Crypto Basics
Crypto Is Not Anonymous: How Criminals Are Caught on the Blockchain
Bitcoin is not an anonymous way to make payments online — read more to find out why criminals are getting caught with Bitcoin.
Por Andrey Sergeenkov
1 year ago
6m
Crypto Basics
Ethereum vs Ethereum Classic
Ethereum and Ethereum Classic have very similar names, and a complicated shared history...what sets the two cryptos apart?
Por Decentralized Dog
1 year ago
9m
Crypto Basics
How Crypto Could Save the Last of the Dodos
Cryptocurrencies aren't always about just making money — in this dive, we break down three crypto platforms that are donating crypto to animals in need.
Por Will Kendall
8 months ago
8m
See all articles