The Future of Shiba Inu: Price Prediction and Market Expectation

Will the meme-coin explode or continue its downtrend? Find out potential of Shiba Inu (SHIB) here! 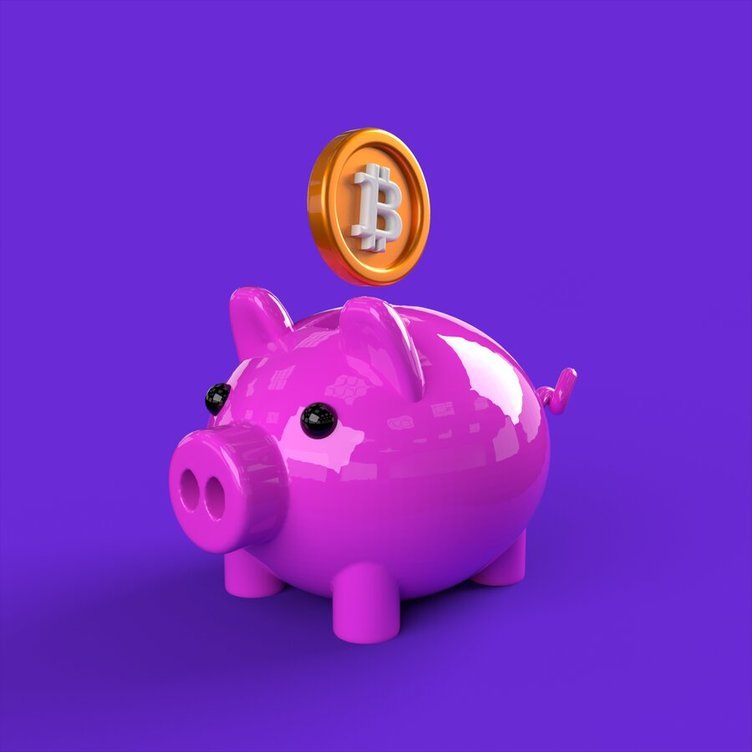 Shiba Inu (SHIB), the self-proclaimed 'Dogecoin killer', is a meme-coin that has a lot of social media hype behind it. Shiba Inu (SHIB) is based on Ethereum, the world’s second-largest cryptocurrency after Bitcoin.
Subscribe

Created by an anonymous person named 'Ryoshi,' Shiba Inu became an internet sensation as it gained 12505887.6%, since its inception in the crypto market. Many people who had bought billions of SHIB tokens for a few bucks became multi-millionaires. Here is a story of two brothers who put in $200 as an initial investment and saw it reach hundreds of thousands of dollars in a matter of weeks.
Shiba enjoyed a lot of success stories when the token exploded in the crypto market, however, after reaching an all-time high of $0.00003791 on May 10, 2021, Bitcoin witnessed a steep downfall and took the entire crypto market with it. Shiba Inu was also engulfed in the bearish market and kept falling for the next two weeks or so. From May 22, Shiba Inu’s price stabilized at $0.0000083 and kept it maintained at this level for the next two months. As of August 30, 2021, Shiba Inu is priced at $0.000007023 with a trading volume of $221,677,612.22 in the past 24 hours, which is a 6.31% drop from yesterday.
Shiba Inu (SHIB) runs on the Ethereum network, which is why Shiba Inu, like Ethereum, is also transitioning from Proof-of-Work (PoW) to Proof-of-Stake (PoS). Shiba tokens are ERC-20 tokens, which are fungible and each token holds equivalent value.

Will Shiba Inu Take Over Dogecoin?

Unlike Dogecoin (DOGE), Shiba Inu lacks the support of Elon Musk, the founder of SpaceX and Tesla. Musk’s Twitter is considered a place of mystery in the world of cryptocurrencies. The multi-billionaire’s tweets hold immense traction in the crypto world to such an extent that a 5-20% drop in crypto prices has been witnessed. A great example of this would be the environmental issue surrounding Bitcoin. When Musk tweeted about it in May, BTC went down by 20%, however, with a single tweet in support of BTC, it immediately went up by 4%.
It is clear to everyone now that Elon Musk’s opinion about crypto holds immense value and his support for Dogecoin is valuable. His quotes like 'Dogecoin is Money' sent the meme coin up by 20% in 2021!

Now, it's clear that the “Doge-coin killer,” Shiba Inu, doesn’t have the same support, however, crypto market analysts still believe that it can overtake Dogecoin in the coming years.

It is crucial to think about the tokenomics of crypto investments at all times. Compared to other crypto assets, Dogecoin's supply method is rather unique. Dogecoin has an infinite supply, which implies that, unlike Bitcoin, which has a limitation of 21 million coins, there is no cap to the number of Dogecoins that can be generated.
Shiba Inu does not follow Dogecoin in the matter of market capitalization as the token has a limited supply, with the total standing at 1 quadrillion tokens, which is also a pretty huge number. So, in conclusion, neither Dogecoin nor Shiba Inu has a limited supply that can be filled in a short period of time.
The founder of Ethereum, Vitalik Buterin owned about half of SHIB tokens’ supply. However, he opted to burn 90% of them (an act that spiked SHIB’s price for a limited period), which amounted to 410 trillion tokens, valued at around $6.7 billion.
This decrease in supply may kick-start a new bullish run for the coin. Another important factor to keep in mind is market capitalization. Both Dogecoin and Shiba Inu have huge market capitalizations, which may limit the possibility for greater increases. It does, however, imply that they are both quite popular in the crypto world. With a market cap of $36,313,515,624.72, Dogecoin is comfortably among the top 10 cryptocurrencies (ranked at #7) in terms of market capitalization. Shiba Inu, meanwhile, is in the top 50 with a market capitalization of $2,762,340,296.49, which is a great number for a relatively new token in the crypto world.

At this time, the market capitalizations of the two tokens are vastly different. Nonetheless, the SHIB community is fervent, and the possibility of another big price increase cannot be ruled out. Many investors have rushed to it in the hopes of discovering the next Doge. Dogecoin is already up a lot, and even if it does hit the $1 mark, it wouldn't be a huge rise in terms of percentage from where it is now.

Both Dogecoin and Shiba Inu have a lot of promise as well as a lot of risks attached to them. These are entirely speculative investments with no intrinsic worth. They do, however, have a large number of ardent admirers who have been able to influence their prices and it’ll be interesting to see who wins in the race of becoming the king of meme coins in the crypto world.

ShibaSwap is the decentralized exchange launched by the team behind Shiba Inu. In less than 24 hours of this launch, ShibaSwap had 1 billion dollars in its locked liquidity - Total Value Locked (TVL).

On ShibaSwap, there are three major tokens. The first one is the main one, i.e. Shiba Inu (SHIB). Leash Dogecoin Killer is the other one followed by Bone - all related to dog terms, obviously.

Shibaswap offers a 'Bury and Dig' feature which is staking your tokens and providing liquidity. Digging or dig is the term used on the platform for providing liquidity. Liquidity pools proportionately distribute rewards depending upon the number of tokens staked on ShibaSwap.

ShibaSwap, as claimed by SHIB holders, is the first of many significant upgrades that will influence the price of Shiba Inu and the tokens (Leash & Bone) associated with it. The $1 billion dollar transaction surge in 24 hours is maybe a good sign for its holders.

Vitalik Buterin, the co-founder of Ethereum is seen as a hero in the Shiba community. The reason behind it is the immense support the 27-year old showed in the past for the meme coin through his official Twitter handle plus his actions to lift the token to the moon. A recent (& major) display of support that Vitalik showed for Shiba was to donate around $1 billion to India which was battling hard due to COVID-19 in May.
The Russian-Canadian programmer, Buterin gave a total of 500 Ethereum (ETH) and over 50 trillion SHIB to India's Covid Relief Fund. Although this act of kindness sent Shiba Inu’s price further down in the crypto markets, enthusiasts of Shiba Inu see it as a huge victory as the donation has now exposed the meme-coin to billions of people in India. Crypto analysts believe that with time, crypto users in India are going to shift towards Shiba Inu and be a driving force to take the price back to its all-time highs.

Furthermore, if Vitalik Buterin continues to support the token through his statements and social media handles, a spike in the price is imminent.

If you weren’t aware of the ‘flippening’ effect, you've been living under a rock! ‘Flippening’ has now become a popular term in the world of cryptocurrencies which refers to the phenomenon of Ethereum taking over the world’s largest cryptocurrency i.e. Bitcoin.
According to Blockchaincenter, Ethereum has already managed to flip Bitcoin in several key areas including transaction count, transaction volume, and total transaction fees. Crypto experts believe that with the launch of the much-awaited Ethereum 2.0 (ETH2) upgrade which will shift from the current proof-of-work mechanism to proof-of-stake, it is only a matter of time before the king (BTC) is dethroned and Ethereum takes its place as the new market leader.
Now, the ETH2 upgrade and the ‘flippening’ effect may have a significant effect on the price of Shiba Inu. You see, it's all about supply and demand in the crypto world and as Ethereum becomes the market leader, many cryptocurrencies would want to enlist themselves on the ETH platform which will automatically increase the value of Ethereum and the tokens/coins already listed on the blockchain - SHIB being one of them!

The experts in the crypto industry are divided when it comes to SHIB’s potential to reach the moon. Here are some opinions that will give you some idea before you make an investing decision:

‘’I am not saying that Doge, Safemoon, or Shiba Inu are baseless projects without any strong fundamentals. I am saying that these projects have risen due to social media hype and community momentum rather than their fundamentals. The fundamentals of the project are only discussed in hindsight on subreddits for the most part. Doge is the epitome of a hype play, and without Elon Musk, it would unlikely be in the place it is today.’’

Where to Buy Shiba Inu?

Shiba Inu is available to buy on major crypto exchanges, which include Binance, Crypto.com, KuCoin, and others. You also have the option to buy SHIB on Uniswap as well.
This article contains links to third-party websites or other content for information purposes only (“Third-Party Sites”). The Third-Party Sites are not under the control of CoinMarketCap, and CoinMarketCap is not responsible for the content of any Third-Party Site, including without limitation any link contained in a Third-Party Site, or any changes or updates to a Third-Party Site. CoinMarketCap is providing these links to you only as a convenience, and the inclusion of any link does not imply endorsement, approval or recommendation by CoinMarketCap of the site or any association with its operators. This article is intended to be used and must be used for informational purposes only. It is important to do your own research and analysis before making any material decisions related to any of the products or services described. This article is not intended as, and shall not be construed as, financial advice. The views and opinions expressed in this article are the author’s [company’s] own and do not necessarily reflect those of CoinMarketCap. CoinMarketCap is not responsible for the success or authenticity of any project, we aim to act as a neutral informational resource for end-users.
0 people liked this article

Trading Analysis
Ethereum Predictions for Summer 2022
Will Ethereum finally set its sights on flipping Bitcoin? Or will it fall into a brutal bear market?
Oleh Ivan Cryptoslav
2 months ago
7m
Trading Analysis
Technical Analysis: Terra (LUNA) Price Prediction
Missed LUNA? Here is a detailed analysis of its price and some levels to keep an eye on! Read more to find out the key entry points!
Oleh Scarpa
7 months ago
5m
Trading Analysis
Technical Analysis: Waves (WAVES) Price Prediction
The trend is your friend - let's check out if you should fill your bags with WAVES!
Oleh Young Crypto Wolf
4 months ago
4m
See all articles