Selling Individuality and Belonging, NFT Avatars Are Taking Crypto by Storm
Daftar Isi
What Does Your BAYC NFT Entail?
What Exactly Does an NFT Avatar Do?
Show Me the Numbers!
NFT Avatars as Investments — What Are the Profits?
The OG — CryptoPunks
Individuality and Community
An Identity in the Metaverse
NFTs in the Play-to-Earn Gaming Revolution
Tech Deep Dives 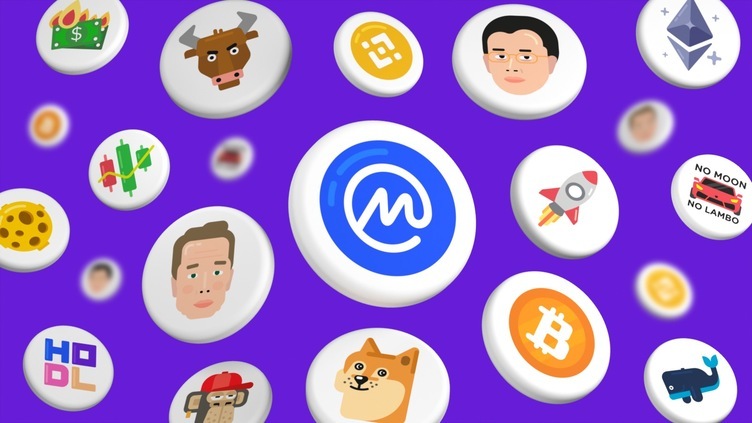 Do you see yourself as a Bored Ape blowing bubble gum while wearing an American flag-themed Evel Knievel jacket and Caesar-style laurel wreath, or smoking a hand-rolled cigarette while sporting a silver hoop earring, blue fur and devil horns?

With enough Ether, you can have whichever one best fits your personality.
Subscribe

What Does Your BAYC NFT Entail?

Your new avatar non-fungible token (NFT) gains you entry to the Bored Ape Yacht Club (BAYC), which features a “Bathroom” where you can draw graffiti, access to private Discord and YouTube channels, as well as a merchandise store where ape-owners can buy T-shirts and hoodies. And in June, two months after the BAYC launch — at a flat 0.08 ETH each — you were able to “adopt” a Club Dog from the Bored Ape Kennel Club for the cost of the transaction’s gas price.

And that’s what you get. A lot of BAYC owners use the avatars as their Twitter account profile picture.

What Exactly Does an NFT Avatar Do?

Like any non-fungible token, avatar NFTs are unique in the sense that one is unlike any other, whereas one Bitcoin is interchangeable with any other, making them fungible. That means the NFT provides both proof of provenance and ownership on the Ethereum blockchain, so you can use the art anyway you like.
Avatar NFTs are not new. Early avatar NFTs like CryptoPunks — the first “fun” NFT, which has seen the rarest versions sell for up to $8 million — and the interactive CryptoKitties breeding game tokens that overwhelmed Ethereum date to 2017.
But they have exploded this year. Aside from Bored Ape Yacht Club, many other avatar NFT projects have popped up more recently, among them CryptoPunks sister-project Meebits, Cool Cats, and the recent Pudgy Penguins.
Avatars are — by at least one measure, price — the hottest subset of the exploding NFT ecosystem. And it is exploding. Top NFT marketplace OpenSea saw its daily sales climb from 508 on January 2 to 79,500 on August 14 — that’s nearly 16,000%.

Show Me the Numbers!

However, avatars aren’t the top money-maker. That honor goes to NFT gaming, specifically play-to-earn Axie Infinity, which has racked up more than $2.1 billion in total sales as of September 26, according to CryptoSlam! figures. And with 9.8 million transactions, the NBA Top Shots highlight video NFTs are far out on top by sales numbers.

While Axie Infinity is still way out in front, it required 5.5 million transactions to hit that $2.1 billion. Those three avatars projects cracked $2 billion with just 51,000 sales.

NFT Avatars as Investments — What Are the Profits?

So why are avatars so hot? Well, a couple of reasons.

One is money, of course. While plenty of avatar NFT projects fizzle, those that don’t can see huge returns.

Like every part of crypto, big returns inevitably means FOMO — the fear of missing out.
Those two Bored Ape NFTs — No. 3650 and No. 5524 out of 10,000 total — were listed on top NFT marketplace OpenSea for 20 ETH and 17 ETH respectively, worth about $65,000 and $55,000 as of August 21. And the top 10 bestselling Bored Apes in the preceding 30 days sold for between a quarter of a million and three-quarters of a million dollars.

Bored Apes have sold for as much as $1.3 million — No. 3749, golden fur, laser beam eyes, white yachtsman’s cap — but were sold on launch day for a flat 0.08 ETH, which was a couple of hundred dollars.

The first and most valuable avatar NFTs are the CryptoPunks, launched in 2017. CryptoPunks NFTs are a collection of 10,000 algorithmically created, unique, pixelated pictures of punks with beards, hats, pipes, sunglasses and other accoutrements, plus a few rare zombies, apes, and aliens that have sold for as much as $8 million.

Which is to say that both Bored Apes and CryptoPunks are essentially out of reach for anyone who is not at least well-to-do, if not outright wealthy.

So if you don’t get in early, you might not get in at all. And with avatars, that FOMO doesn’t just apply to missing out on profit.

Another reason avatars are growing so popular is that they offer buyers a couple of things that art- and media- focused NFTs generally don’t.

Avatars allow their owners to express their personality. One BAYC buyer, retail clothing seller Kyle Swenson, told the New Yorker that he chose one dressed in a preppy style he preferred.

At the same time, owners gain entry to an exclusive community. Board Ape Yacht Club doubled down on that aspect — the graffiti bathroom, the access to exclusive hoodies and other merchandise — but many projects have members-only Discord and YouTube channels.

The @BoredApeYC Twitter channel has more than 150,000 members, and a quick scroll showed that nearly all the tweeters not using their Bored Apes as Twitter portraits were using different NFT avatars — CryptoPunks, for example.

In that way, avatars can also bring a more public sense of belonging. Swenson said that he decided to buy into BAYC after seeing Bored Ape avatars show up on Twitter accounts he follows.

An Identity in the Metaverse

“As Hiro approaches the Street, he sees two young couples, probably using their parents' computers for a double date in the Metaverse, climbing down out of Port Zero, which is the local port of entry and monorail stop. He is not seeing real people, of course. This is all a part of the moving illustration drawn by his computer according to specifications coming down the fiber-optic cable. The people are pieces of software called avatars. They are the audiovisual bodies that people use to communicate with each other in the Metaverse.”

If you were wondering where the terms “metaverse” and “avatar” that have been bouncing around crypto-Twitter so frequently of late came from, that’s it right there. Neal Stephenson’s seminal cyberpunk novel “Snow Crash,” released in 1992.

Really, the only part Stephenson didn’t predict — and name — a quarter of a century earlier was NFTs and the blockchains they are built on.

They aren’t really the type of avatars Stephenson was describing, which were 3D bodies that could move like a person walking through the virtual reality cityscape of the original Metaverse.

Stephenson’s Metaverse was more like the OASIS virtual world depicted in the recent film “Ready Player One” or a massively multiplayer online role playing game — MMORPG — like World of Warcraft.

The Sandbox and Decentraland are the two biggest pure blockchain-base metaverses, where anyone can buy a plot of “land” and develop it, putting up art, “assets” like houses, or playable games. These metaverses have racked up 230,000 virtual land sales and resales, bringing in nearly $115 million, according to NonFungible.

And as Stephenson predicted, avatars are a big part of these virtual reality metaverses. CryptoKitties, for example, are migrating from Ethereum to the Flow blockchain. While excessive gas prices have a lot to do with it, the ported CryptoKitty avatars are not only 3D and animated, they are compatible with several metaverses in that form.

The metaverse plots of land are NFTs. The “assets” like houses that can be placed on those lands are NFTs, And, the avatars are NFTs. In The Sandbox, that means you can choose one of its standard but customizable avatars, or bring in outside avatars. Choices include Smurfs, The Walking Dead, and CryptoKitties.

NFTs in the Play-to-Earn Gaming Revolution

Axie Infinity, is an NFT-based play-to-earn game in which players can create and sell items like Smooth Love Potions — known as SLPs — which can be used to breed new pets. Axie is the top money-maker in the entire NFT universe, according to CryptoSlam! Figures, which gives it 628,000 buyers who’ve spent $2.1 billion.
In countries like the Philippines, more than a few people are earning a living by “grinding” to farm NFT items like SLPs — as opposed to actually playing the game.
This article contains links to third-party websites or other content for information purposes only (“Third-Party Sites”). The Third-Party Sites are not under the control of CoinMarketCap, and CoinMarketCap is not responsible for the content of any Third-Party Site, including without limitation any link contained in a Third-Party Site, or any changes or updates to a Third-Party Site. CoinMarketCap is providing these links to you only as a convenience, and the inclusion of any link does not imply endorsement, approval or recommendation by CoinMarketCap of the site or any association with its operators. This article is intended to be used and must be used for informational purposes only. It is important to do your own research and analysis before making any material decisions related to any of the products or services described. This article is not intended as, and shall not be construed as, financial advice. The views and opinions expressed in this article are the author’s [company’s] own and do not necessarily reflect those of CoinMarketCap.
8 people liked this article

Tech Deep Dives
A Deep Dive Into Bakkt and its Mastercard Roll Out
CoinMarketCap takes a deep dive into Bakkt — a NYSE-listed crypto payment company behind the recent Mastercard roll out of cryptocurrency services to banks and merchants worldwide.
Oleh Angelika Polshikova
10 months ago
9m
Tech Deep Dives
Ethereum Proof-of-Work (PoW) vs Ethereum Proof-of-Stake (PoS)
With the long-awaited Ethereum Merge approaching in a month, recent developments on a potential fork of the ETH PoW chain have emerged. But what exactly does that entail? Read on to find out.
Oleh Ivan Cryptoslav
1 month ago
5m
Tech Deep Dives
What Is IoTeX (IOTX)? Features and Price Prediction
CoinMarketCap takes a deep dive into IoTeX (IOTX), a project that aims to empower the open economics for machines.
Oleh Hassan Shafiq
1 year ago
3m
See all articles