Also today... MicroStrategy's Bitcoin investment sparked a rather nasty impairment loss in the first quarter of 2022. 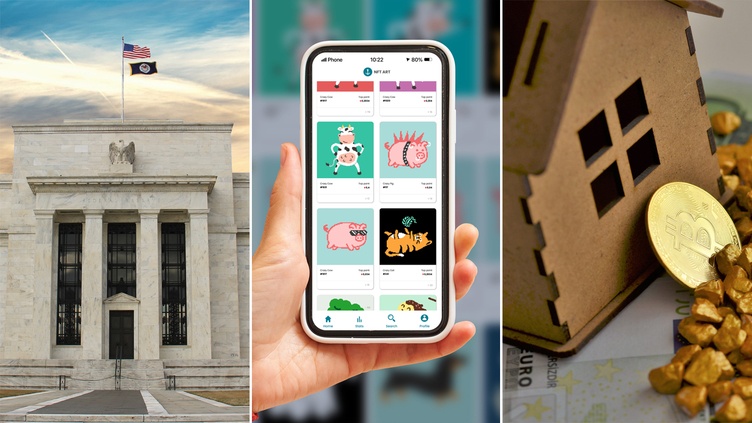 Before we begin — a quick word about the Federal Reserve's imminent announcement on interest rates.

The markets are exceedingly nervous, and the U.S. central bank is expected to increase rates by half a percentage point — the biggest hike since 2000.

All eyes are going to be on a press conference that Fed chairman Jerome Powell will give later today — as this could give us clues on how quickly interest rates will rise in the months ahead… and by how much.

Wall Street's reaction to the interest rate announcement could also be pivotal for Bitcoin — as stocks and cryptocurrencies have been closely correlated for some time now.

Is Elon Musk bored? He's certainly been causing a lot of mischief on Twitter. The billionaire appeared to have a dig at non-fungible tokens by tweeting a common criticism of these often misunderstood assets, writing: "I dunno … seems kinda fungible." He's also changed his profile picture to a collage of Bored Apes — causing ApeCoin to surge — with the creator of that image asking the world's richest man to remove it or give him a credit. Musk's also suggested that some Twitter users may have to pay a "small cost" in order to continue using the platform.

The Wall Street Journal has written an article claiming that NFT sales are "flatlining" — with the number sold on a daily basis plummeting by an average of 92%. While there's no doubt that the market has cooled in recent months, this might not tell the entire story. Data from DappRadar suggests demand for non-fungible tokens hasn't plunged as low as the newspaper states. Over the past week, it says 150,000 unique wallets interacted with OpenSea's smart contracts over the past week. That's 10 times higher than the figures cited in the WSJ for the whole of the NFT market. With exchanges building new NFT platforms — and OpenSea setting a new record for daily trading volume last weekend — "flatlining" may be too strong of a word.

MicroStrategy has revealed that it suffered a $170.1 million impairment loss on its Bitcoin investment in the first quarter of 2022. The business intelligence company — which owns more than 129,000 BTC — hasn't been immune from the sliding value of the world's biggest cryptocurrency in recent months. An impairment loss is an accounting measure that companies use to disclose how an asset's value has fallen since it was bought. Rather awkwardly, this impairment charge actually eclipses MicroStrategy's total revenues between January and March 2022, which stood at $119.3 million.

A big warning about crypto mortgages 🚨

An analyst says investors should be "skeptical" about crypto mortgages — and the current economic climate means they're a risky bet. Jon D. Markman from Weiss Ratings believes house prices and Bitcoin "are unlikely to be winners in the short term" — and this could affect those who take out crypto-backed home loans. A number of digital banks are now allowing aspiring homeowners to use Bitcoin as collateral when they're taking out a mortgage. He's worried that red-hot inflation and rising interest rates means we'll soon see "fewer buyers and low home prices" as the market cools down again. In his view, these products are only a win-win when property and crypto prices are in the ascendancy.
20 people liked this article