Crypto News, May 3: Bitcoin's Next Move, Meta Sued over Logo, Why Crypto.com's Token is Tanking 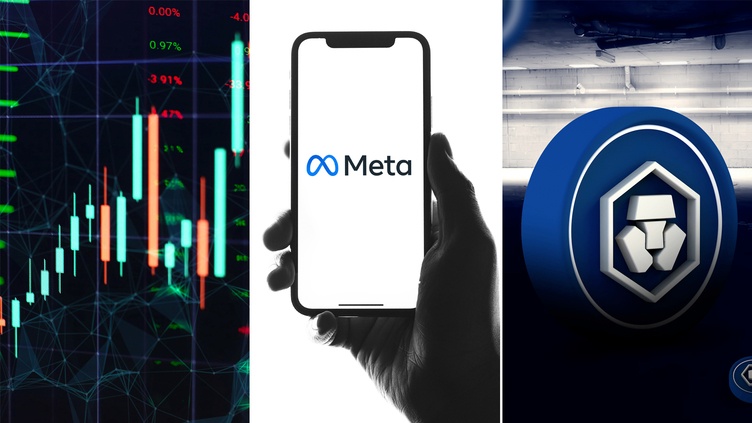 What's next for Bitcoin? 🧐

Bitcoin is dusting itself off after a rather terrible monthly close — ending April down 17.3%. And historical data from Coinglass shows that it's a pretty mixed picture when it comes to May. Since 2013, Bitcoin has ended up in positive territory five times in May — while suffering losses in the remaining four. Last year was a particularly bad one, too. Bitcoin plunged by 35.3% in May 2021 as the world's biggest cryptocurrency crashed to $30,000… weeks after hitting a new all-time high of $64,000. On average, a bad May results in losses of about 16.5%. By contrast, staying in positive territory typically delivers gains of 34.5%.

The SEC has announced that it's doubling the size of a special unit that aims to protect investors in the crypto markets. Twenty new positions are being opened — and this department is now being renamed as the Crypto Assets and Cyber Unit. SEC chairman Gary Gensler says the move is in response to the growing number of investors gaining exposure to crypto. It's hoped this unit will now be better equipped to police wrongdoing in the crypto markets.

Meta — formerly known as Facebook — is being told to stop using its logo by a blockchain company. The tech giant is facing legal action from the Dfinity Foundation, which claims Meta's infinity loop logo is too similar to its own. Lawyers representing Dfinity, which is responsible for developing the Internet Computer blockchain, fear that the similar logos will end up confusing customers. And they claim that Meta's "sordid" record when it comes to user privacy could affect Dfinity's efforts to encourage people to embrace blockchain technology.

Major crypto executives have written to the U.S. Environmental Protection Agency to dispel myths surrounding Bitcoin mining. It comes after 22 members of Congress called on the EPA "to ensure cryptocurrency mining facilities are not violating foundational environmental statutes like the Clean Air Act and Clean Water Act." The 11-page letter written by crypto industry heavyweights aims to dispel "misperceptions" about how BTC mining works — and highlights some of the problematic statements the politicians made. They argue that the energy it takes to complete a single Bitcoin transaction is wildly exaggerated — and mining doesn't release CO2 emissions.

Crypto.com is in crisis mode 🚨

Crypto.com is in damage control mode after plans to reduce staking rewards on its Visa prepaid cards were met with a fierce backlash. The embattled company had said the controversial changes were being introduced to "ensure long-term sustainability." But now, Crypto.com's CEO Kris Marszalek has announced that card staking earn rates will no longer be abandoned completely — and instead, a "more balanced approach" will be offered. Owners of high-end Obsidian, Icy White and Frosted Rose Gold cards will be able to earn 8% APY, falling to 4% APY for those with Royal Indigo and Jade Green cards. Insisting that changes need to be made, Marszalek said: "These are of course tough decisions — nobody wants benefits to be reduced, least of all me."
23 people liked this article