Ronin Hack Connected to North Korean Hackers, According to US Officials
Inhaltsverzeichnis
The Hack and Its Post-mortem
Crypto News

Ronin Hack Connected to North Korean Hackers, According to US Officials 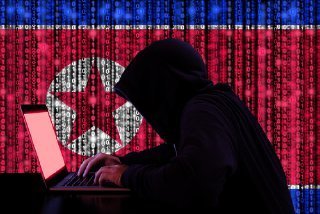 Yesterday, the United States Department of the Treasury announced that the Ethereum wallet tied to the Ronin hack had been added to its sanctions list. The hack, which saw 173,600 ETH and 25.5 million USDC stolen in two transactions, was the biggest recorded cryptocurrency hack ever.

"Identification of the wallet will make clear to other VC actors, that by transacting with it, they risk exposure to US sanctions. This demonstrates Treasury's commitment to use all available authorities to disrupt malicious cyber actors and block ill-gotten criminal proceeds.

There may be mandatory secondary sanctions requirements on persons who knowingly, directly or indirectly, engage in money laundering, the counterfeiting of goods or currency, bulk cash smuggling, or narcotics trafficking that supports the Government of North Korea or any senior official or person acting for or on behalf of that Government."

Former Ethereum developer Virgil Griffith was sentenced to a five-year prison sentence for breaking US sanctions law regarding North Korea only two days ago.
Lazarus is a cybercrime group sponsored by the North Korean state that was responsible for cyberattacks in South Korea, the Sony Pictures hack, a Bangladesh cyber heist, and the WannaCry ransom attack.
Blockchain analytics firm Elliptic wrote in a blog post addressing the recent developments that the Lazarus Group is believed to be a vehicle of the North Korean state to fund its nuclear and ballistic missile programs. Consequently, blacklisting the hackers' Ethereum wallet can have tangible geopolitical consequences in light of North Korea's renewed nuclear testing programs.

The Hack and Its Post-mortem

Ronin is an EVM-based blockchain for play-to-earn games that hosts Axie Infinity, a digital collectibles game. On March 23, hackers exploited the blockchain for over $600 million, but the hack was discovered only six days later. The Lazarus Group has since been attempting to launder the stolen funds.
In its wrap-up of the Ronin hack, Elliptic details how the hackers swapped the stolen USDC for ETH at DEXes to prevent them from being seized. They subsequently tried to cash out part of the ransom through centralized exchanges, which drew attention to their operation when the exchanges announced full compliance with law enforcement. The group later swapped $80 million through Tornado Cash, a mixer that can be used to obscure the provenance of funds.

$433 million remain in the hackers' original wallet, which now has been blacklisted by US authorities to prevent further money laundering.

Crypto News
Podcast: What CZ Thinks of Bitcoin's Price
Also today... could this new hotline save businesses who are told to pay crypto ransoms?
Von Connor Sephton
3 months ago
1 Minuten
Crypto News
Slope Linked to Thousands of Solana Wallets Being Drained, With Millions of Dollars Lost
In an official statement, Slope confirmed that a "cohort" of wallets were compromised in the breach — and while it has some early theories concerning what happened, nothing's firm yet.
Von Connor Sephton
1 month ago
1 Minuten
Crypto News
CoinMarketCap Daily, August 2: Square Users Go Bananas for Bitcoin
Today, CryptoPunk prices are going through the roof, while Ethereum is seeing some new (old) heights.
Von CoinMarketCap
1 year ago
2 Minuten
See all articles