How to Spot Crypto Unicorns Early

Today, CMC Academy presents four ways to find the crypto projects that have a chance at pulling off an extraordinary performance. 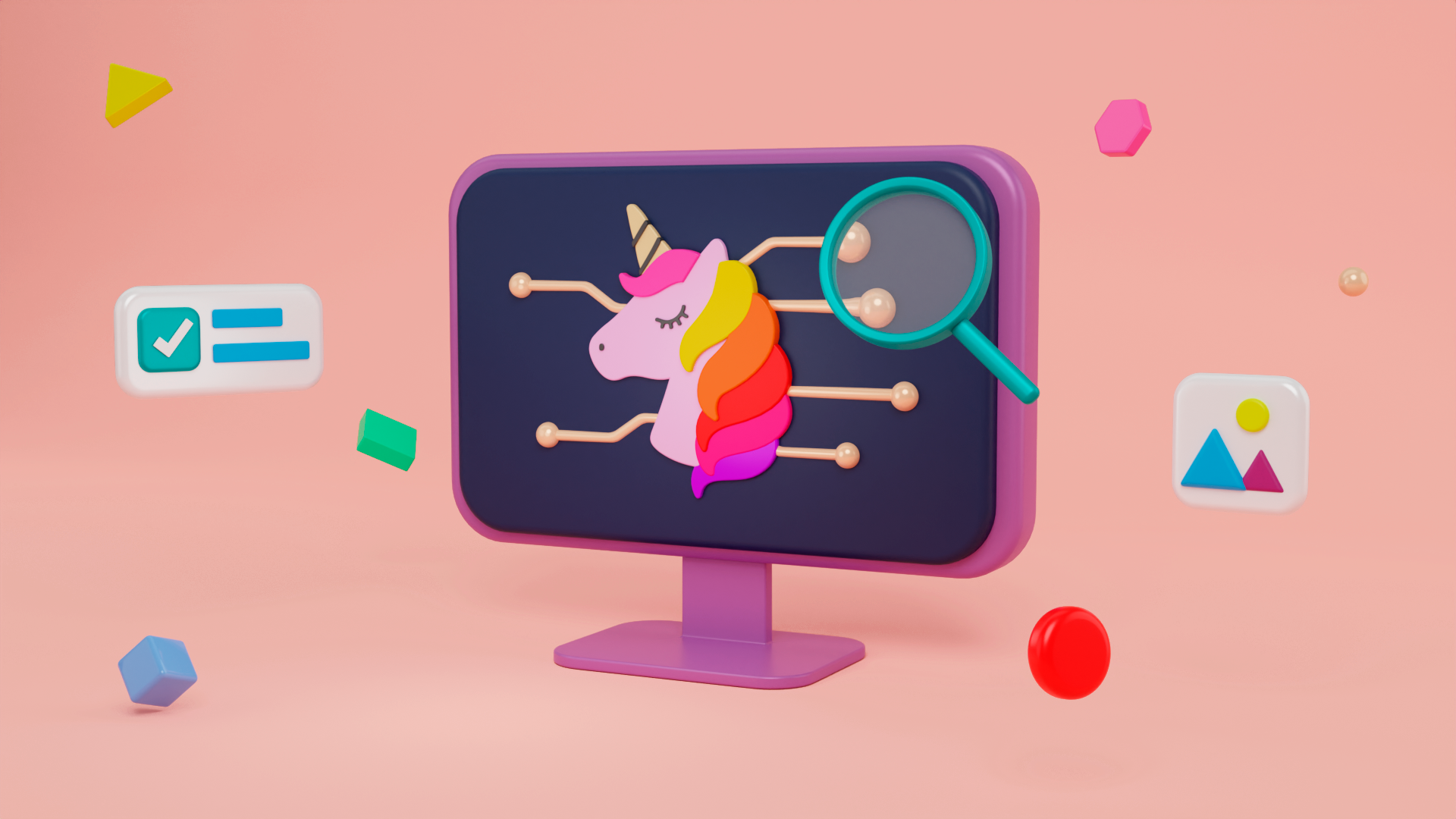 We’ve all tried to summon our inner Nostradamus in a bid to predict the next big thing in crypto. But as you may be well aware, unicorns remain incredibly rare, and the vast majority of projects fail to achieve notable success, making it difficult to separate the gold from the chaff.

Nonetheless, given the incredible risk-to-reward ratio promising projects often offer, there is a strong incentive to give it a shot.

Here, we present four different ways to filter through the sheer expanse of cryptocurrency projects to find those that have a chance at pulling off an extraordinary performance.

Indeed, of the top 10 current cryptocurrencies by market capitalization, six were funded by an initial coin offering (ICO) or similar fundraising mechanism. Further, still, more than a dozen IDOs and half a dozen IEOs achieved a more than 300x multiplier for participants in the last three years.

Unlike seed, private and pre-sale investments, ICOs, IDOs and IEOs are often accessible to casual investors — though there are usually some hurdles to jump through first, such as holding a specific token, winning a raffle or winning a gas war.

Fortunately, keeping track of upcoming ICOs, IDOs and IEOs is a simple process, thanks to our ICO calendar. This allows you to track which projects are set to conduct a public fundraising round and details the hosting platform, participation dates, price, hard cap and more. From here, you can further research the project to ascertain its attractiveness and potential to determine if you want to participate.

With that said, it’s important to bear in mind that while a large proportion of the top 100 cryptocurrencies were funded by ICO/IDO/IEOs, these can be considered outliers. The vast majority of public sales do not generate significant or, sometimes, even positive returns. Because of this, it is necessary to do your due diligence and research before taking part.

Check What the Smart Money Is Doing

Despite being relatively new, the cryptocurrency industry has a remarkably developed investment and trading landscape. Participants and investors are also heavily stratified, and the full spectrum of skill and experience levels are taking part — ranging from absolute beginners to bonafide savants.

As you might expect, many of the most competent cryptocurrency investors and traders are concentrated in cryptocurrency hedge funds and VCs — many of which leverage the latest insights, technologies and models to spot opportunities before everybody else. As a result, some of these funds have achieved impressive returns in recent years.

Many of these firms take advantage of the vast data asymmetry that exists in the cryptocurrency space, using this data to inform their investment decisions.

By simply tracking the assets that some of the more successful funds and ‘smart money’ are buying, it can be possible to identify promising opportunities — essentially outsourcing your research to the experts. That said, you should note that even the experts make mistakes, and you’ll be buying after them with some delay — by which time the asset might have drastically changed in price.

There are three main ways to track what the smart money is doing:

1. Use platforms like Nansen to track inflows and outflows to known VC/fund wallets.

2. Track the portfolios of popular VCs in our categories section.

3. Check the website or reports of your favorite funds to check which projects they recently invested in.

If you want to go one step further, many platforms also offer copytrading features, which allow you to directly copy the trades of high-performing traders. Some of the most popular platforms offering this feature include eToro and ByBit. Again, bear in mind that even experienced traders sometimes pick duds, like the rest of us.

Leverage the Most Powerful Tools

Cryptocurrencies are token-based assets that can be tracked on-chain with ease using a variety of block explorers and APIs. This has resulted in the formation of a huge number of tracking tools, analytics platforms, data aggregators and more — many of which can be used to spot undervalued and promising projects potentially.

To be classified as a unicorn, a cryptocurrency must have the potential to grow from a relatively low valuation to a high one in a long-term sustainable way. Because of this, it is wise to leverage tools that can allow you to spot smaller cap cryptocurrencies shortly after their launch, or once they have demonstrated some degree of promise.

There are two main ways to do this on CoinMarketCap. The first is to check the newly added coins/tokens page. This is where you’ll find the latest projects to be tracked by CoinMarketCap. The second way is to apply a filter to your CoinMarketCap dashboard. One option is to narrow your search by market capitalization. If your goal is to identify the next unicorn as early as possible, you may want to search for assets with a market cap under $10 million.

Other platforms can also be used to potentially identify promising coins early, these include:

It’s important to note that less established projects are typically higher risk. Though searching for potential unicorns among small caps can be highly rewarding, it is also a risky play. It is not recommended for beginners or those with a low risk tolerance.

As always, do your research. A lot of micro-cap cryptocurrencies have zero substance and many are outright scams.

Developers sit at the heart of most blockchain-based projects — particularly those pushing the boundaries of what can be achieved with distributed ledger technology and smart contracts.
But during times of high demand (i.e. during a bull run), there is often a shortage of truly talented and experienced developers. This can mean that both new and established teams with strong development units can have a major competitive advantage and stand the best chance of delivering a desirable product or service.

This can be a strong indicator of success, and some fundamental analysts will scrutinize the quality and track record of the core developers before considering a project for investment.

Unfortunately, the vast majority of projects don’t have established and credible developers on board, which can make it difficult to gauge their odds of success. Nonetheless, a handful of superstar developers have cropped up — many of which go on to lead their own successful ventures or get snapped up by well-heeled firms that are willing to pay for the best.

Andre Cronje is one example of a prolific developer that formed a cult-like following in recent years. After building or helping to build well-known platforms like Yearn Finance Keep3r, Sushi, Cover Protocol and more, Cronje developed a reputation for launching DeFi game-changers. His renown also helped to secure the success of many of the projects he launched.

By following what highly sought-after developers are doing, it can be possible to spot any early-stage projects they are working.

Some of the best ways to keep tabs on high-profile developers include:

1. Following them on social media.

2. Tracking their activity on Github to see which new projects they are contributing to.

3. Staying on top of interviews and discussions they participate in.

Crypto Basics
Last Week on Crypto Twitter: SBF Gets Paid A Visit
Last week Crypto Twitter finally, sort of, moved on from the FTX drama. Now it’s all about the who-got-infected-by-FTX-drama.
Von Daniel Phillips
6 days ago
5 Minuten
Crypto Basics
Proof of Reserves: These Exchanges Are Adhering to the New Standard
After the FTX collapse, a number of cryptocurrency exchanges have now moved to restore faith in CEXes by posting their Proof of Reserves.
Von Daniel Phillips
1 week ago
5 Minuten
Crypto Basics
The Grayscale Discount Explained: Could the Grayscale Bitcoin Trust Collapse?
Another week, another potential victim of contagion. You probably have heard phrases like "GBTC discount widens" or "Is GBTC in trouble?" swirling around.
Von Daniel Phillips
1 week ago
6 Minuten
See all articles