What Is LooksRare (LOOKS)?

We take a deep dive into one of the largest NFT marketplaces in the crypto space. 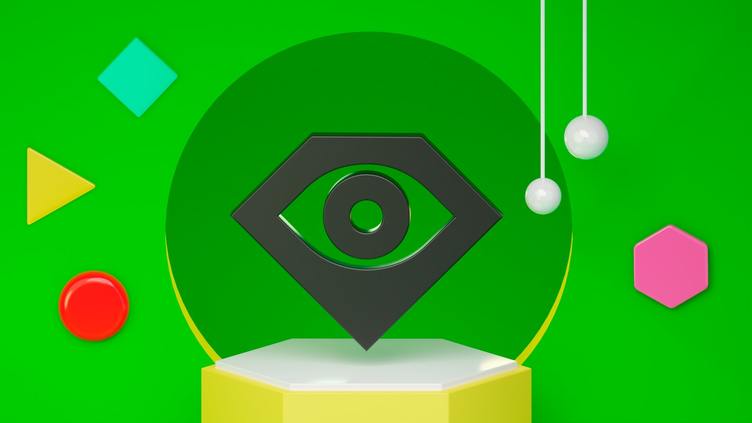 LooksRare is a community-first NFT marketplace that vows to focus on rewarding traders, collectors and creators. It prides itself on being founded “by NFT people for NFT people.” The platform famously launched with an airdrop to wallets that had generated a minimum of 3 ETH transaction volume on OpenSea. Over 110,000 wallets were able to claim LOOKS, amounting to 60% of all eligible wallets.

Its community-first approach is defined by three key pillars:

LooksRare is built with modular smart contracts, allowing the platform to roll out new features over time. The roadmap promises further innovation like the option to bid for all NFTs in a selected collection, bidding for NFTs with a certain trait (e.g. a Bored Ape with Gold Fur), and canceling multiple orders in one transaction.

Who Are the Founders of LooksRare?

LooksRare lists a total of 14 team members on its site, with all their identities hidden behind pseudonymous accounts. The project was launched by Zodd and Guts, two unidentified founders that provide no further information about their background.
LooksRare resembles, in many ways, the SushiSwap DEX, which was also founded by a pseudonymous account called “Chef Nomi.” Similar to Looks’ competition with OpenSea in the market, Sushi faced a bigger and more resourceful platform in UniSwap, which it tried to displace. LooksRare also copied SushiSwap’s approach to challenging the incumbent by launching a “vampire attack,” in which the platform airdrops free tokens to suck liquidity out of its competition.

LooksRare stands out from platforms like OpenSea and other attempts at challenging its grip on the NFT market like OpenDao(SOS) in several ways.
First, it differentiates from OpenSea by offering a different culture than its competition’s top-down, corporate approach to NFTs. OpenSea has faced criticism over its business strategy, and LooksRare tries to compete with a more democratic and user-oriented culture, similar to how Sushi challenged UniSwap. This is reflected in its tokenomics, with 75% of the total supply reserved for the community.
Second, LooksRare differs from other community-oriented projects by offering a platform that looks and feels professional. Users on LooksRare can trade NFTs directly from their wallets like MetaMask. After connecting to the website, they can customize their profile and start buying and selling single NFTs or entire collections. NFTs are either offered at fixed prices, or users can bid for them if the owner has listed an NFT for sale. All trades are paid for in ETH or WETH.
LooksRare undercuts its rival on trading fees, offering a flat 2% fee on all trades compared to OpenSea’s 2.5%. In addition, traders receive rewards in the native LOOKS token, which have led to accusations of wash trades taking place to boost the platform’s popularity and exaggerate its trading volume vis-a-vis other marketplaces.

How Many LooksRare (LOOKS) Coins Are There in Circulation?

LOOKS is the platform’s governance token. The total supply of LOOKS is 1 billion, according to the following distribution:
According to its emission schedule, LOOKS will reach its total supply after two years. The platform collects a 2% transaction fee in WETH on all NFT sales. Each 6,500 Ethereum blocks (approximately 24 hours), the collected fees are linearly redistributed to LOOKS stakers over the next 6,500 blocks.

How Is the LooksRare Network Secured?

LooksRare launched on Ethereum, which is secured by a proof-of-work consensus mechanism that requires miners to mine new Ether. A set of decentralized nodes validates transactions and secures the Ethereum blockchain. The protocol uses on-chain standards like EIP-712 and ERC-2981 and has been designed for scalability, speed, and security. The protocol stresses in its documents that it retains compatibility for deploying on scaling solutions on Ethereum.
This article contains links to third-party websites or other content for information purposes only (“Third-Party Sites”). The Third-Party Sites are not under the control of CoinMarketCap, and CoinMarketCap is not responsible for the content of any Third-Party Site, including without limitation any link contained in a Third-Party Site, or any changes or updates to a Third-Party Site. CoinMarketCap is providing these links to you only as a convenience, and the inclusion of any link does not imply endorsement, approval or recommendation by CoinMarketCap of the site or any association with its operators. This article is intended to be used and must be used for informational purposes only. It is important to do your own research and analysis before making any material decisions related to any of the products or services described. This article is not intended as, and shall not be construed as, financial advice. The views and opinions expressed in this article are the author’s [company’s] own and do not necessarily reflect those of CoinMarketCap. CoinMarketCap is not responsible for the success or authenticity of any project, we aim to act as a neutral informational resource for end-users.
11 people liked this article

NFTs
'South Park Meets WWE': Mila Kunis Backs New NFT Series
Last year, the A-lister launched Stoner Cats, which told the surreal story of five cats who get high after their owner’s medical marijuana falls into a fireplace.
By Connor Sephton
5mo ago
3m
Tech Deep Dives
Solana vs Binance Smart Chain (BSC) — An Overview and Comparison
CoinMarketCap takes a look at what two popular Layer 1 blockchains bring to the table — Solana and Binance Smart Chain — and how they differ.
By Avyan
10mo ago
5m
NFTs
Weekly Roundup: What Happened in Play2Earn Games and NFTs This Week? [Feb. 24, 2022]
CoinMarketCap takes a look at some of the most prominent P2E and NFT events — from a TV show based on World of Women NFTs, to celebrity DJ Steve Aoki earning more from NFTs than music albums.
By Andrey Sergeenkov
6mo ago
10m
See all articles