What Is Bitcoin Stock to Flow (S2F) model and How to Use It?

By Will Kendall
6m
Created 7mo ago, last updated 1mo ago

Is Bitcoin S2F model a crystal ball for crypto? Or should we throw it in the trash can of ideas that didn’t quite pan out? Today, CoinMarketCap Alexandria analyzes the accuracy of this tool. 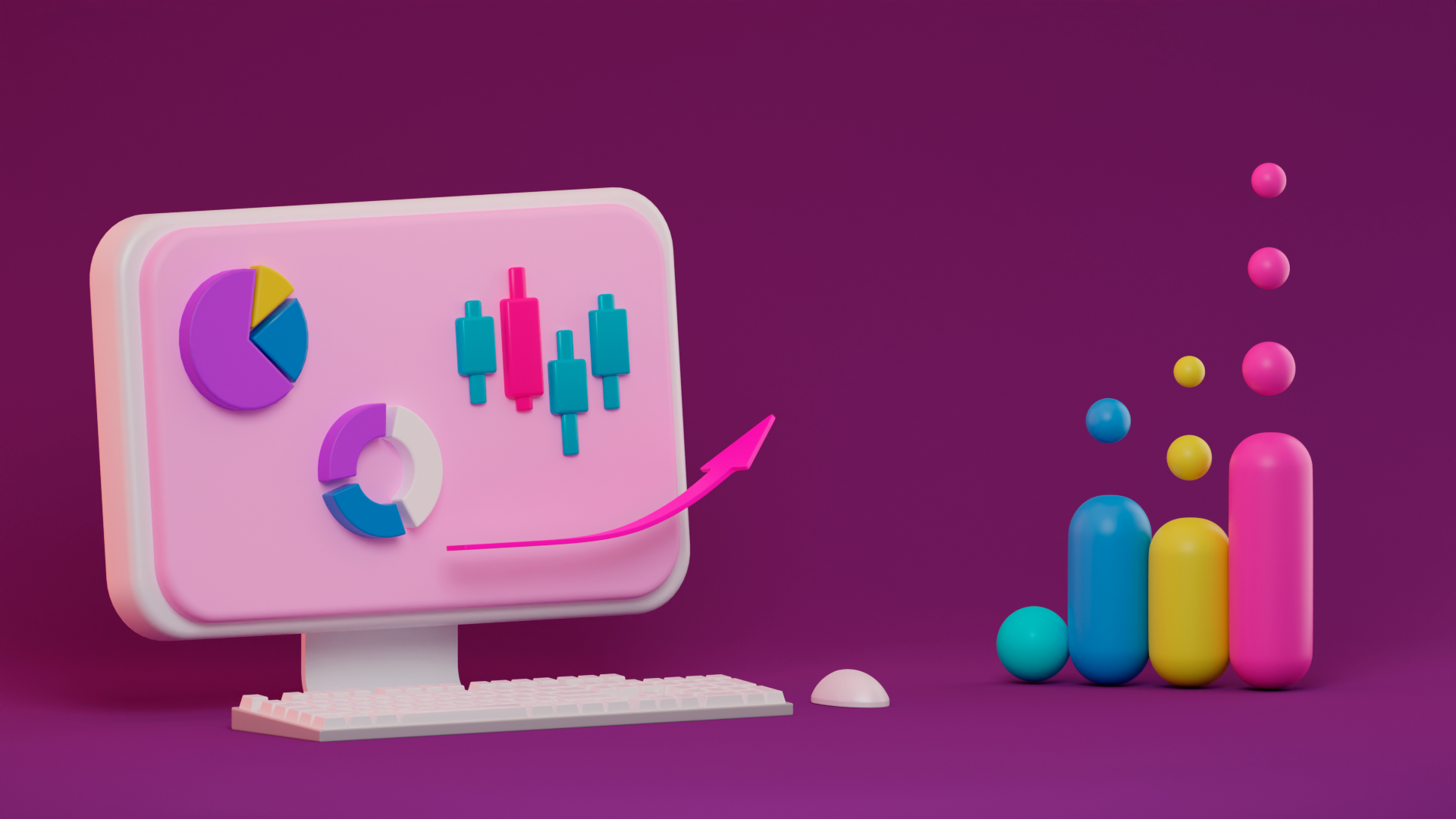 Bitcoin’s stock-to-flow model (S2F) states that Bitcoin’s price will rise as its supply diminishes. If the S2F model’s forecasts are correct, Bitcoin investors will receive tenfold returns every four years.

Of course, not everyone believes in the model’s forecasts; assorted analysts claim its predictions are fatally flawed or simply wishful thinking. And yet, scores of HODLers stand firmly by the model. They point out that up until fairly recently, its predictions were remarkably accurate.

So is Bitcoin’s S2F model a crystal ball for crypto? Or should we throw it in the trash can of nice ideas that didn’t quite pan out?

Rest assured, we explore these questions later in this guide. But first, let’s get to grips with what the S2F model is, and how it really works.

What Is The Stock to Flow Model?

The fundamental logic underpinning S2F models is that scarcity influences an asset’s value more than any other factor.

An S2F model calculates an asset’s scarcity by comparing its circulating supply, which is called the stock, with its annual incoming supply, also called the flow. The higher the S2F ratio, the scarcer and more valuable the asset is.

Bitcoin’s S2F model was created by PlanB, an influential analyst and investor in the crypto space. PlanB argued that because Bitcoin’s circulating supply and flow are known and that creating fake Bitcoin is difficult (if not impossible), we could use an S2F model to accurately forecast Bitcoin’s price movements.

How to Calculate Stock to Flow (S2F) Ratio?

To calculate the S2F ratio of any asset, you simply divide the total supply by the annual flow. This shows how many years, at the current production rate, are required to reach the asset’s current stock.

If you want to calculate Bitcoin’s S2F ratio, divide Bitcoin’s total supply, which is 19,060,593 BTC at the time of writing, by its fixed annual flow, which is 328,500 BTC. If you don’t know how to find these numbers, here’s a quick explanation.
Bitcoin’s circulating supply is easy to find; just check CoinMarketCap’s Bitcoin page here.

To calculate Bitcoin’s annual flow, you multiply the number of Bitcoin blocks mined each day, which is currently 144, with the block reward – 6.25 BTC – which gives you 900 new BTC entering the supply each day. You then multiply the 900 BTC by the 365 days in a year, giving you an annual flow of 328,500 BTC.

Keep in mind that Bitcoin’s flow isn’t constant; it halves after every 210,000 blocks are mined, or about once every four years. Since Satoshi created Bitcoin back in 2008, the reward has halved three times from 50 BTC to 6.25 BTC per block, but isn’t scheduled to halve again until 2024.

So over time, as fewer BTC enter the market relative to the total supply, Bitcoin’s S2F ratio will rise. And broadly, assets with higher S2F ratios should, in theory, grow in value over time. Comparatively, goods with low S2F rations, like clothes, food, and other consumable items, generally lose value over time.

Why Do We Use the Stock to Flow Model to Forecast Bitcoin’s Price Moves?

We use the S2F model to predict Bitcoin’s future price points because we have more reliable data about its current stock and flow than we do for many other assets, like commodities and precious metals.

These other assets’ stock and flow can be affected by too many unknown variables for the metric to be all that useful for forecasting. Variables like recessions, war, or pandemics, for instance, can dramatically alter the annual supply of gold (or other precious metals) in a matter of days.

Even if we discounted these variables, we still wouldn’t know gold’s precise supply or flow, simply because we don’t track it accurately. We also convert it into computer components and jewellery all the time, which further complicates the task of tracking its stock and flow.

As such, calculating gold’s (or other precious metals) exact S2F ratio requires a lot of guesswork, hence why commodities traders don’t use S2F models all that often.

But Bitcoin, on the other hand, isn’t influenced by any of these factors: Its flow cannot be altered or manipulated, and its total supply is always known. You also can’t take Bitcoin out of the market to manufacture consumable goods, like components or jewellery, for instance. This means that Bitcoin’s S2F ratio is almost perfectly accurate, which is why we use it to forecast Bitcoin’s future price moves.

What Does The Stock to Flow Model Predict Now?

As you can see in PlanB’s tweet below, the S2F model indicates that Bitcoin should be worth around $100,000, which is more than three times its true-daily value.

Is Bitcoin Still Following the Stock to Flow Model?

Bitcoin has deviated from the S2F model’s predictions during the past eighteen months, and it doesn’t look likely to match up with the model any time soon.

So for now, the answer is no; Bitcoin is not following the S2F model’s forecasts.

Is the Stock to Flow Model Accurate?

Well, over the long-term, yes; the S2F model seems accurate. Or at least it was up until last year. But again, over the short term, Bitcoin is not following the script.

For instance, had the S2F model been up and running between January 2013 and 2015, it would have been way off, as you can see in the chart below.

However, you can also see that after this aberration, Bitcoin’s price did match up with the S2F model through to the middle of last year (2021).

So it’s perfectly possible that the model is still accurate, but that unexpected events – like the war in Ukraine or the Covid-19 pandemic – can move Bitcoin’s price more than the model can account for.

Criticisms of the Stock to Flow Model

The S2F model has come under fire in recent years for a variety of reasons, first and foremost that it doesn’t appear to be especially accurate.

Some argue that the model relies too heavily on Bitcoin’s flow, which they believe will affect its price less over time, as demand can always be met by people willing to sell their Bitcoin. In other words, while flow does impact Bitcoin’s price, it is only a contributory factor; one which will become less relevant and cause the S2F model to forecast less accurately over time.

To illustrate, imagine we mined all of earth’s gold by the end of today. Each gold bar’s value would certainly increase, but not exponentially or forever, as plenty of gold would still be available for us to buy and sell. Comparatively, if 90% of earth’s gold suddenly vanished into thin air, its price would skyrocket, but that would be because the total supply (and not the flow) had dipped.

Also, the S2F model assumes that demand for Bitcoin will either rise or at least remain at current levels. However, what do you think would happen if US or EU regulators suddenly banned Bitcoin trading? Demand would evaporate, of course, and Bitcoin’s price would tank – which the S2F model doesn’t account for.

We should also consider the fact that Bitcoin is no longer the only cryptocurrency in circulation. So while it will undoubtedly keep the top spot for at least another few years, its dominance will likely wane as more and more cryptocurrencies emerge and syphon off attention and demand. This could permanently move Bitcoin’s price outside of the S2F model’s forecasts.

Conclusions on Stock to Flow

So is the S2F model worthwhile?

As such, it’s still a useful tool for gauging how scarce Bitcoin is at any time, but remember to take its predictions with a pinch of salt.

Crypto Basics
Week in DeFi: Frax Leads LSD Race, MetaMask Hops on the Bandwagon
Another exciting week in DeFi as markets rally and the LSD narrative heats up — check out our weekly roundup of the most important DeFi tweets, news and alpha you can't miss out.
By 0xKira
2d ago
4m
Trading Analysis
Technical Analysis: DOGE, SHIB, BABYDOGE, CATE, FLOKI and SAITAMA (Jan. W4)
Memecoins kicked off the new year with a bang! Will this run continue?
By Young Crypto Wolf
2d ago
3m
Trading Analysis
Technical Analysis: MANA, SAND, RACA, STX and GALA Price Prediction (Jan. W3)
With 2023 just beginning, many NFT and metaverse coins made higher highs. Is your favorite coin one of them?
By Scarpa
6d ago
2m
See all articles