Since last week’s analysis Bitcoin has fallen by over 25%. Let’s see what structures the coins have formed after the deep sell-off! 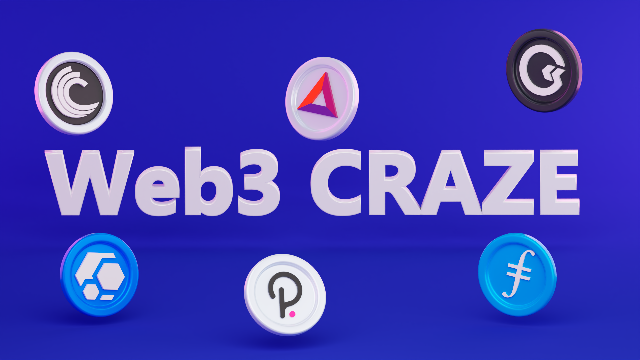 Since last week’s analysis Bitcoin has fallen by over 25%, let’s see what structures the coins have formed after the deep sell-off. We’ll check if they are hinting towards a continuation of the downtrend.

In last week's analysis, we had anticipated a huge move in Bitcoin would be seen soon. Since then, BTC hit a new 52-week low which was over 30% lower than the price at which we analyzed it last week!

Bitcoin is trading at a crucial support level situated at $21,500. However, it is not looking like it will sustain over it for too long and we might see a drop to the low set at $20,000. If buying volumes are not seen in the coming days, expect a bearish move to $19,500 which is the next support after $20,000. Avoid any fresh buys at the moment until the bulls are able to reclaim the resistance at $22,500. It looks like Bitcoin may form a zone similar to the one set previously at $28,500.

GMT collapsed by over 45% after the deep sell-off. However, a good sign for GMT investors is that the support at $0.55 was not broken. If it was, a further drop to $0.43 could have been seen.

Traders should not expect any bullish moves until the resistance at $0.81 is flipped. Also be cautious of a close below $0.55, as after it we could see GMT falling to $0.43.

The bulls were nowhere to be seen on Thursday as GMT was trading 6% lower which shows no signs of a reversal. This is why any fresh buys should be held off until we see the price sustaining over $0.81.

In last week's analysis, we expected DOT to test the support at $7.32 which is exactly what occurred during the fall.

We advised investors to avoid buying DOT as it was on the verge of breaking the support at $8.85. This week the same zone has acted as a resistance. It prevented DOT from breaking back into the zone it was trading in for the past month.

After plunging to $6.36 DOT recovered back to the resistance at $8.85. However, now we see a rejection that is now making it look like a re-test of the breakdown. This is a strong bearish indication. For this reason, traders should strictly avoid buying DOT until it is able to break back into the zone.

If you read our analysis last week, then the 30% fall in BTT would not surprise you. As we mentioned before, a sharp drop was seen soon due to the breakdown from the zone.

When we look at the chart, a clear breakdown from a strong support level can be seen. It was followed by almost a vertical plunge. It is unlikely that the price will be able to break back above the resistance anytime soon. Therefore, it would be best for traders to steer clear of BTT at the moment.

Moreover, BTT may trade in a sideways trend for a few days at this level. However, expect a continuation of the bearish move if a close below the current low is seen.

The bears were in control of the market situation for the past few weeks. Finally, they were able to break the support at $0.36 which resulted in a rapid 30% fall.

The bulls were quick to return after the breakdown. However, just like it was with DOT, the buyers were not able to flip the resistance. The chart now demonstrates a pullback in the price before the continuation of the sell-off. This is why traders should buy BAT only once it is able to trade back above $0.36.

The bears seem to maintain the grip as BAT was trading 10% lower on Thursday. Due to that, a breakout is unlikely to happen anytime soon.

In last week’s analysis for FLUX we pointed out that if a bounce was not seen, a breakdown won’t keep you waiting. The bulls failed to register a bounce which led to a breakdown in the price by over 30%.

We underestimated the intensity of the fall as FLUX hit a low of $0.4 before recovering by over 40% in just a single candle. This is when the bears returned in full force and made the bulls give up the entire recovery and thus forming a huge wick as seen above.

The bulls need to be able to push the price back above $0.62 to expect any bullish moves. Otherwise, they would be denied by the bears again.

The overall sentiment for FIL for the past few weeks had been strongly bearish. It was proved once again when the coin broke through the crucial support it had been trading over and hit a new all-time low.

At the moment FIL seems to be trading dangerously close to the all-time low. Therefore, traders should stay away from the coin at the moment: it looks like the weakest one compared to the others.

Remember that this is all based on the subjective views of the writer. As always, DYOR!
This article contains links to third-party websites or other content for information purposes only (“Third-Party Sites”). The Third-Party Sites are not under the control of CoinMarketCap, and CoinMarketCap is not responsible for the content of any Third-Party Site, including without limitation any link contained in a Third-Party Site, or any changes or updates to a Third-Party Site. CoinMarketCap is providing these links to you only as a convenience, and the inclusion of any link does not imply endorsement, approval or recommendation by CoinMarketCap of the site or any association with its operators. This article is intended to be used and must be used for informational purposes only. It is important to do your own research and analysis before making any material decisions related to any of the products or services described. This article is not intended as, and shall not be construed as, financial advice. The views and opinions expressed in this article are the author’s [company’s] own and do not necessarily reflect those of CoinMarketCap. CoinMarketCap is not responsible for the success or authenticity of any project, we aim to act as a neutral informational resource for end-users.
5 people liked this article