As BTC is about to trigger a bull run (reasons explained in the article), here are some levels to look out for in order to stay safe from unexpected price breakdowns! 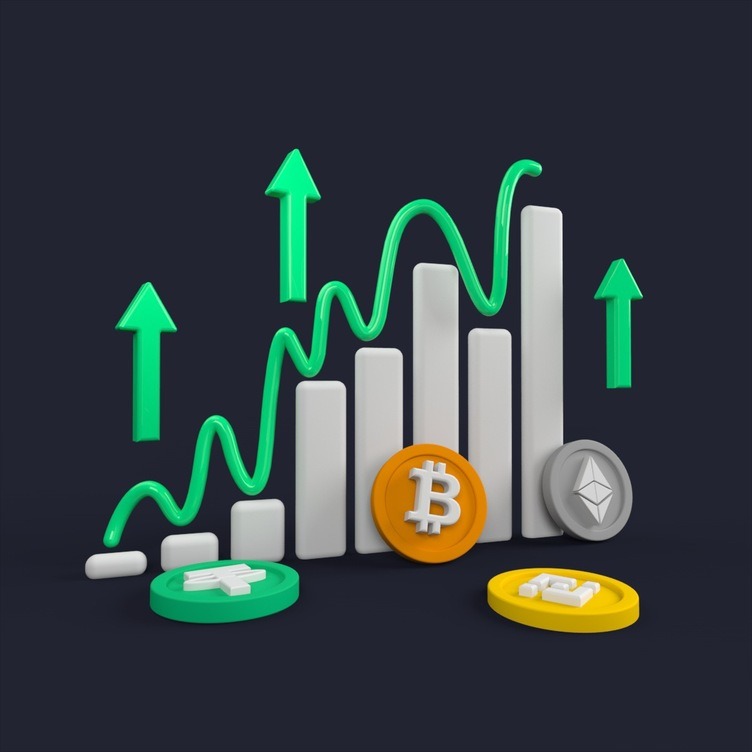 After making all-time-highs at the start of November, Bitcoin (BTC) has been on a constant downtrend. This could be due to a culmination of factors. Due to the fact that the price broke down its bullish market structure on the 1-day chart, it can be inferred that there was not enough buying pressure or the sellers believed that prices above $60k were more than thefair value for BTC.

At current prices, BTC has fallen more than 30% from the top at $69,190. Market sentiment is extremely low. This is because many market participants were exposed to higher beta alts that have been hit much harder, however, the future is likely not bleak. It has been proven in history time and time again that when everyone is scared, it is a good idea to look for entries in the market. Let’s look at the 1 Day chart to see what has happened.

BTCUSD in a 1 Day Chart

Price broke bullish market structure at $63,400 forming a clear downtrend. Lower highs continue to form on the daily chart where an attempt to close above is quickly batted away by sellers. BTC has lost $48,000, as you can see that it has attempted to flip the zone. However, there was too much supply and that zone has now been rejected. The price likely started to range between $40,000 to $52,000.

If the price does start to consolidate around $40,000, buyers will likely start to accumulate, as this was the top of the previous accumulation range and should offer good support. Nevertheless if the price reclaims $52,700 then this would allow us to move to $57,000. If it breaks below $40,700, then $30,000 would come into play, however this would be an incredibly good buying opportunity.
Last time when the price moved down to around $30K, it bounced back with buyers clearly showing that they believed that the fair market value was higher. If it is to consolidate around this level, it could potentially form a market structure very similar to may. Sentiment is almost identical to May as well with many market participants scared and believing that we will break down lower. The BTCUSD 1 day chart is structurally bearish. Does the 1 week chart also have this structure? Let’s dive in and have a look.

On the BTC 1-week chart, the price still has a bullish market structure. The demand zone around $45,900 – $47,300 held the price up here. This demand zone shows the eagerness of buyers to bid on BTC; therefore, in an ideal world, the price would form a lower high here. If buyers allow the market to close below $43,000, it would constitute a bullish market structure breakdown and the formation of a bearish market structure for BTC on the weekly chart will begin. This would likely send the price down to low test ranges at $30,000.
This is not something to worry about right now as price is sitting on support, whilst also being in a ‘golden pocket’ Fibonacci zone. $45,800 is an area of significant confluence, therefore, if buyers can hold this, there is no reason why BTC cannot move higher.

BTCUSD in a 1 Month Chart

The price is currently sitting on a bullish order block, as buyers have clearly stepped in here. This potentially could be a great place to go long, especially into January, which is generally a bullish month for BTC, averaging a return of 12%.
If BTC was to consolidate in a range between $47,000 and $60,000, it could result in an altcoin bull run, mainly for the alts showing continued strength here. The price only has a bearish structure if it closes below 35k on the monthly chart. Therefore, there is no need to panic as of yet.

BTC Dominance in a 1 Week Chart

As crypto becomes more mainstream, BTCD will become less and less relevant. This is because with the release of new coins into the market, the liquidity will diversify. However, throughout this run, it has paid well to focus on Bitcoin dominance. It allowed us to analyze whether BTC’s move will pull the liquidity out of the market or trigger a potential alt-season.

BTC Is About to Bounce

BTC dominance is consolidating right now at a high demand level. This is where you would potentially see a bounce, which usually signals BTC strength against the market. So it would likely be the best bet to be invested in BTC. For a run to be sustained, it has to move first and pull the market up with it. If alts, such as Ethereum, attempt to drag BTC up, it will likely be a short-lived move. Therefore we want BTC to pump here and lead the way.

ETHBTC in a 1-Week Chart

ETHBTC has broken out of a 200-day consolidation range and is now testing the top of the breakout point at 0.082. If the price is to flip 0.085, it would go up 0.1. However, right now, it is at the resistance level, therefore, BTC will likely outperform ETHin the short term, at the very least. If it breaks down the 0.07 level, there would be serious turmoil in the altcoin markets, but would be good for BTC, as more liquidity would flow back into it.
As BTC’s dominance is still high, its strength gives a good indication on where price is likely heading. Considering previous charts (2016-2021), in January, ETH tends to go higher in comparison to BTC, giving average returns of around 60%. This is something to look out for potentially running into next month.

Trading Analysis
Macro Uncertainty Drags Down Crypto: A Data Perspective by IntoTheBlock
One word has been the main point of discussion over the past couple of weeks, either in traditional finance or in crypto markets: Evergrande.
By Juan Pellicer
7mo ago
5m
Trading Analysis
Dog Tokens Prices Go Down, Liquidations Go Up, and More: Examining Recent Volatility With Data Fr...
With all-time-highs in volatility and plunging prices, last week was a wild one in crypto — see how everything shook out, and learn what it means for you with Flipside’s labeled, on-chain data.
By Brendan Murray
11mo ago
3m
Trading
How to Use Swap Farming on Binance?
Binance has introduced Swap Farming - a method through which users can swap tokens and earn 50% fee rebates during the initial farming period. Read more!
By Hassan Shafiq
5mo ago
2m
See all articles