Is Crypto a Good Investment During Stagflation?

Does this fearful combination of inflation and stagnation bode ill for crypto trading, or is crypto outside of its influence? 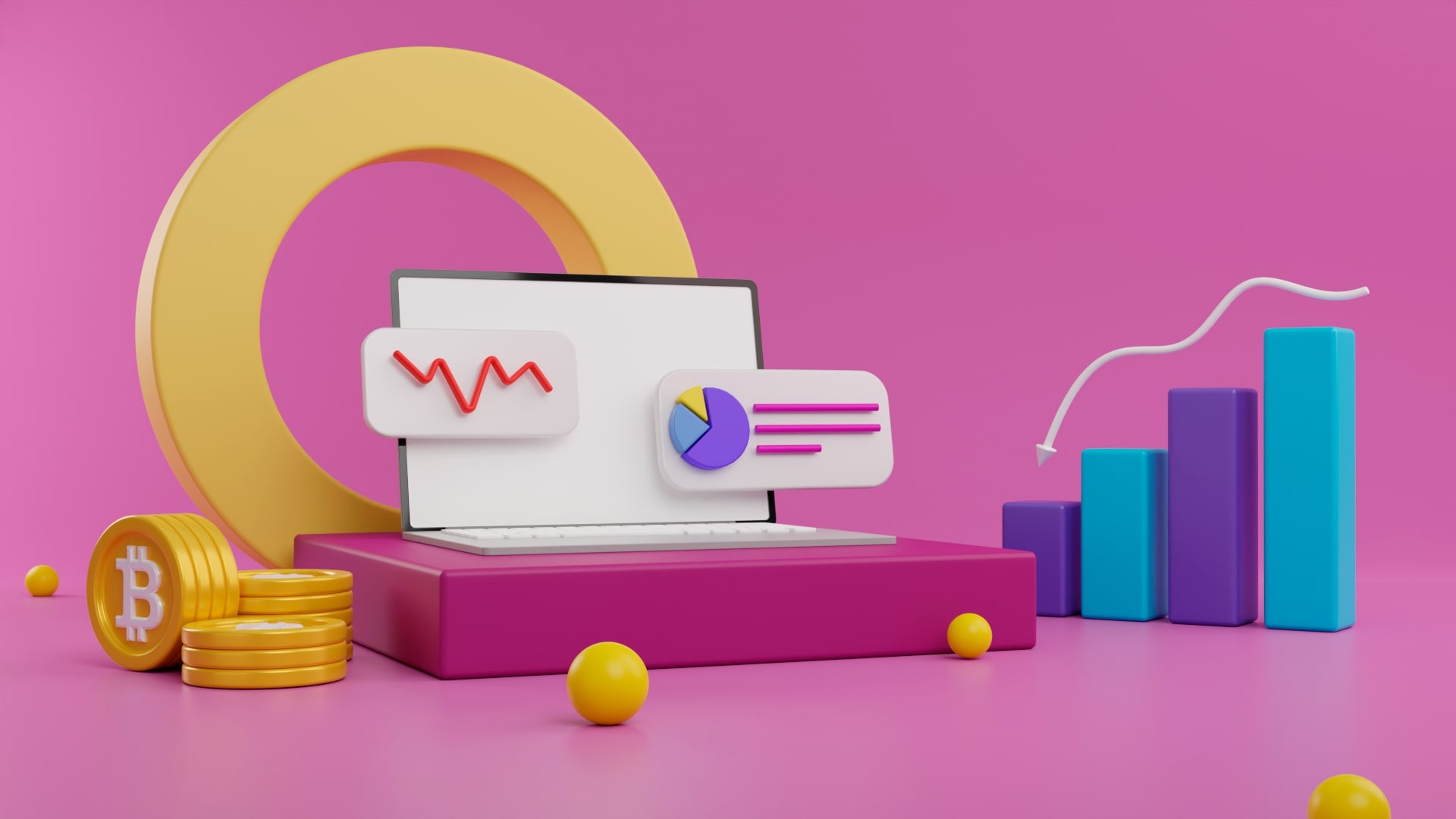 Stagflation. The boogeyman of policymakers and the middle class alike.

But is stagflation really going to knock the economy’s lights out just after it came back on its feet? What exactly does stagflation mean, and where does it come from? Most importantly, does crypto have to fear stagflation? In this article, we cover:

Stagflation is a combination of stagnation and inflation. You know it's bad when they combine two negative words to make a new one!

Put simply, stagflation means inflation and unemployment are increasing while the economy is slowing down:

Stagflation is one possible consequence of inflation. Inflation can come from two sources:
A combination of both is also possible. For a more detailed explanation, head to our explainer post about stagflation.
If you have been paying attention, you may have noticed that we are currently experiencing supply-side inflation for several of the above-listed reasons: cue rising energy prices, chip shortages and COVID lockdowns impacting several sectors.

Everyone's fear now is that this may lead to stagflation:

Stagflation is worse than inflation because it is harder to combat and can take longer to shake out of the system. We already ticked the first requirement for stagflation (inflation). What about the others?
Currently, the price of oil and gas is spiking. That came as a surprise and is making everyone's lives more expensive. Plus, we already had supply-chain problems due to the pandemic. Policymakers fear the economy may enter a recession, meaning we get two consecutive quarters of negative growth. A recession causes unemployment to increase. What can be done about that?
One tool policymakers have is monetary policy, i.e., lowering interest rates. If interest rates decrease, capital becomes cheaper. Banks are incentivized to lend. Investments increase, as does consumption.
Unfortunately, there is a conundrum:
All this time, we have been making a recession more probable by raising interest rates. That is the stagflation trap:
To add insult to injury, the anticipation of inflation can worsen things. Consumer behavior is reflexive — if you expect goods to become more expensive, you buy today rather than tomorrow and fuel the same inflation you fear.

One famous example of stagflation happened in the 1970s. As a result of the oil price shock, inflation in the U.S. spiked:

Inflation in the U.S. in percent:

As a result of this supply-side shock, the Fed hiked the interest rate to a (by contemporary standards) unheard-of 20%:

Interest rate in the U.S. (percent):

But unemployment spiked as well:

Unemployment rate in the U.S. (percent):

While GDP growth was negative in the years when interest rates peaked:

Stagflation arises when the economy experiences a supply-side shock beyond its control. Commodity prices increases are a good example — if the price of oil suddenly increases, the economy suffers (although that impacts the U.S. much less than it does resource-dependent Europe).

Does stagflation always have to lead to a recession?

It depends on how the central bank reacts. Let's look at three scenarios: a hawkish stance (the CB tries to fight inflation hard), a dovish stance (the CB doesn't do much), or a middle way:
In reality, the optimal solution is unclear. The Fed is currently mostly pursuing a mix of a middle way and a hawkish stance. Policymakers also use fiscal policy (i.e., spending government money) to tackle the problem.

What Does Stagflation Mean for Crypto?

This intuitively makes sense. During inflationary periods, investors prioritize capital preservation. This means assets that preserve value, like gold, do especially well (the same is being said for Bitcoin, but we’ll have a look at that…). Just look at its big bull run leading into the 1980s:

Admittedly, lifting the ban on owning gold in 1975 helped, but gold has traditionally been an inflation hedge. Compare that to the performance of the stock market, which traded sideways for most of the 1970s:

Of course, not all equities are created equal. Even during a recession, some sectors outperform, such as commodity-based companies during times when commodities are expensive.

With all that said, crypto has already reacted and taken a 70%+ beating from all-time highs. Many analysts expect another leg down if the economy officially enters recession territory (and possibly doesn't recover quickly).

How Cryptocurrencies Fare During Stagflation

If all equities are not created equal, shouldn't the same be true for crypto? Maybe not all cryptocurrencies are going to zero with haste?

Let's split crypto into three big buckets: BTC, ETH and all other altcoins.
BTC, aka digital gold, is actually cheap now if we consult the Bitcoin Price Temperature (BPT):
The BPT measures the distance between Bitcoin’s current price and its four-year moving average. Put simply, it measures if Bitcoin is cheap or not by historical standards. However, for most of Bitcoin’s existence, the Federal Reserve has been in “money printer go brrr mode.” The only time when interest rates briefly spiked (2.5% at the beginning of 2019) Bitcoin was not doing well, price-wise. When capital became cheaper, Bitcoin rallied.
Much will depend on if and when Bitcoin can break its correlation with other risk assets and really be perceived by markets as digital gold. This process will likely not happen quickly. On a multi-year timeframe, an entry around $20K looks solid, given the likely permanent expansion of money supply and increasing awareness for crypto. However, if the economy enters a recession, the bottom may still not be in.
ETH has an almost perfect correlation with BTC. Most somewhat-experienced crypto investors know that ETH really is just Bitcoin with a higher beta (higher % highs and lower % lows). Ethereum does not have Bitcoin's potential adoption angle of being a fully decentralized payment ledger, but that’s not what it’s trying to be. Ethereum is the “decentralized world computer,” a sort of decentralized Windows that anyone can use.
While BTC is now understood to be a digital commodity (even by Gary Gensler), it's not clear whether ETH is one. ETH is structurally more similar to high-risk equity with a clear leadership structure (the Ethereum Foundation). Furthermore, Ethereum has The Merge coming up. This switch from PoW to PoS could be bullish for ETH if the transition goes well, or it could be bearish if this first-ever switch leads to unexpected problems and consequences.
Either way, the price of ETH will almost certainly follow BTC and not lead it. It depends on your risk assessment whether The Merge is a potential bullish surprise that justifies more downside in the short term.

Finally, all other altcoins are even higher beta and make even higher highs and lower lows. During a bear market, they can bomb hard even if the bottom is seemingly already in. Just look at XRP's performance between March 2018 and December 2018, when it lost more than 50% after losing 70% in Q1:

You should size all altcoin investments very carefully. Look for utility and use cases (such as DEXes), profitability (like incoming trading fees) and a strong community of die-hard supporters.

Do You Invest During Stagflation?

Ok, so crypto is bad. Cash is bad because of inflation. Is there any way to escape becoming poor?

According to Lyn Alden, there are a couple of rules of thumb to follow for investing during stagflation:
Investing depends on personal factors like your investment horizon, your risk appetite and your liquidity preferences. If you are a crypto investor, first and foremost, the easiest course of action is to stay in cash and wait for more benevolent circumstances. Preserve your capital and wait until the market looks less grim. Investing is easier with a bullish bias.

Investing during stagflation is hard. Everyone's a genius when it's all going up, but the market now is a player-versus-player elimination game. It may be best to stay on the sidelines and wait for the dust to settle.

Trading
Bitcoin Drifts Further from All-Time Highs
Although BTC managed to break through $65,000 on multiple occasions, the digital asset struggled to remain above this price point.
By Connor Sephton
10mo ago
1m
Trading Analysis
Is Bitcoin a Speculative Asset: A Data Perspective by IntoTheBlock
This week, IntoTheBlock analyzes the on-chain data to see how speculative Bitcoin as an asset really is.
By Juan Pellicer
11mo ago
3m
Trading Analysis
Bitcoin Volatile With Opportunities, DOT Doubles in a Week: A Weekly Market Review by TokenInsight
TokenInsight looks at Bitcoin's wild price ride, and how DOT seems to be doing quite well for itself.
By TokenInsight
1yr ago
7m
See all articles