How to Successfully Launch an NFT Collection

Learn how to launch an NFT collection successfully by preventing exploitations during minting, ensuring fairness of the distribution and reducing the cost of gas fees when minting NFTs. 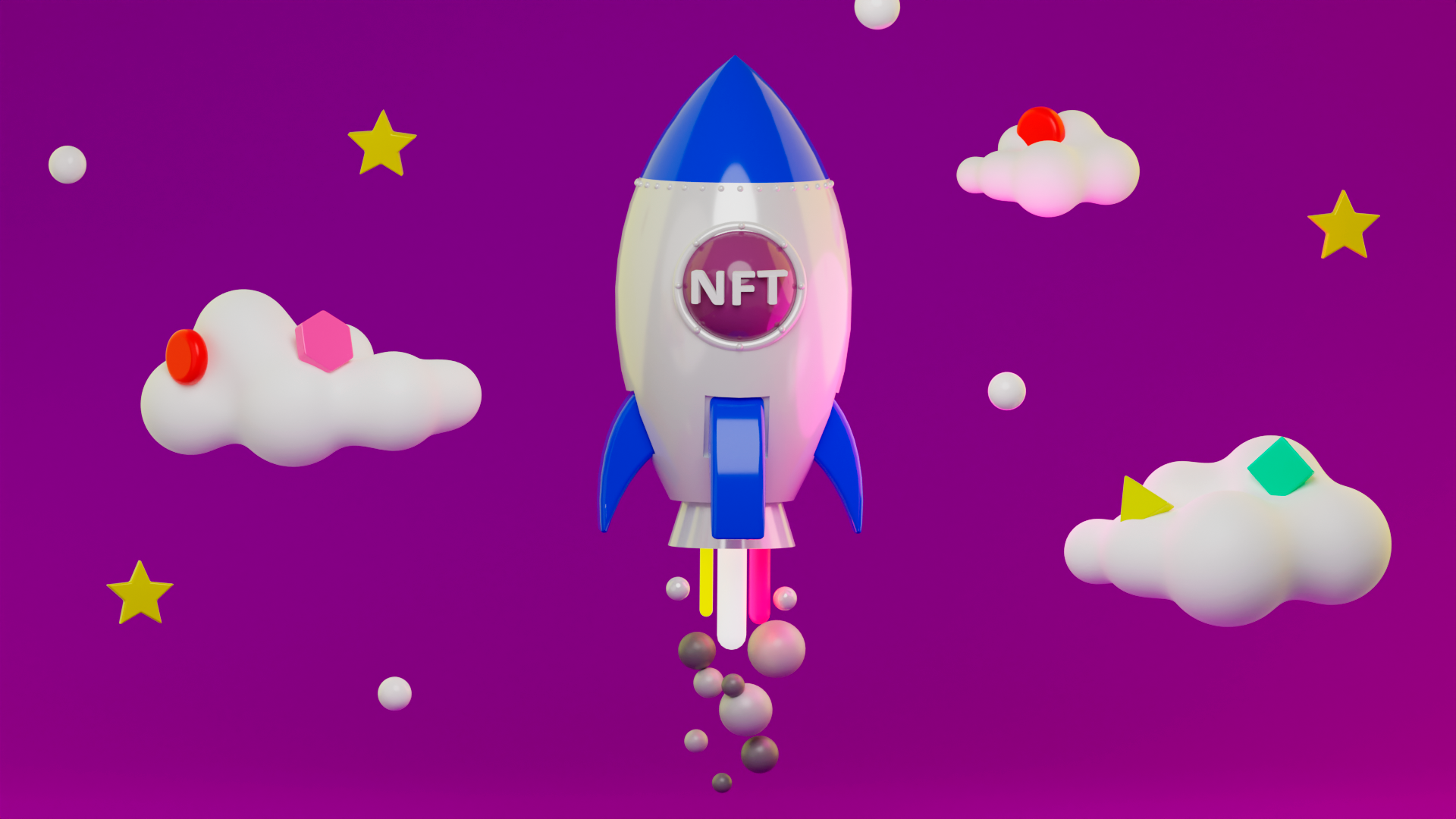 From what we have learned about the non-fungible token (NFT) market so far, it is one thing to have a quality NFT project, and it is totally another to launch it successfully.
With nine categories and over 10,000 NFT collections listed on OpenSea, the leading marketplace, NFT collections are plentiful. But what makes an NFT collection good? In this guide, we will discuss all the factors you need to consider when launching an NFT project.
Subscribe

What Makes an NFT Launch Successful?

When it comes to NFTs, success is relative. While some judge the launch of an NFT project on its initial buzz and whether it manages to sell out in minutes, a more intricate success metric focuses on the effectiveness of the processes involved. For the latter, the main areas of concern are:

Let’s dive into what each of these mean.

If you ask any NFT collector what they look forward to the most about a newly launched and promising project, chances are it will be to acquire some of the rarest NFTs in the collection.

Note that when an NFT collection launches, interested collectors can interact with the project’s smart contract in order to mint NFTs with varying attributes. The rarer the attributes associated with an NFT, the more value it fetches in the secondary market.
And so, a majority participates in these launches with the hope of minting NFTs with the highest rarity scores. The popularity of NFT launches stems from the assumption that the entire process relies on the random distribution of items. In essence, the general belief is that luck, instead of a predetermined requisite, plays an essential role when it comes to who ends up with the rarest mints.

Read more about the best NFT minting tools and how to mint an NFT for free.

However, if history has taught us anything, it is that systems such as this are constantly under threat of being exploited. Hence, it is no surprise that some participants attempt to improve their chances of ending up with the most valuable NFTs during the minting stage. In most cases, these users utilize mechanisms designed to exploit the launch.

For the most part, this can be done by looking for ways to extract the metadata of the NFTs in the collection. Using the metadata, it becomes easier to decipher the frequency of traits in each rarity score. With this information, all that is left to do is to manipulate the smart contract of the NFT collection such that only NFTs with high rarity scores are minted.

If this happens, the random distribution that was initially promised is lost, leaving the average participants with the less valuable NFTs.

For instance, let us consider the launch of Larva Labs’ Meebits. An attacker pulled the metadata from a distributed storage protocol called the IPFS (interPlanetary File System) and created a smart contract that checks Meebits ID before finalizing the minting process. In a case where the ID of Meebit does not match a predefined rarity score, it automatically reverts the minting process. As such, only the minting transactions for rare Meebits NFTs were finalized.

If you are launching an NFT project — what can you do to avoid this?

The answer is relatively simple: the launch model adopted should not favor those with high technical experience or more familiar with the intricacies of blockchains and smart contracts, thereby leaving everyday users at a disadvantage.

Another factor considered when assessing the success of the launch of an NFT collection is user experience. Knowing fully well that blockchain and crypto are generally perceived to be complex, it would behoove developers to opt for minting processes that do not overcomplicate things. More specifically, opting for simple models would level the playing field for both the less technical inclined participants and the blockchain experts.

It is worth mentioning that the cost of minting NFTs can be higher than the mint price, especially in cases where the NFT project utilizes a first-come-first-serve (FCFS) model.

Naturally, the FCFS model, as witnessed during the launch of the digital plot of lands of Otherside, the NFT-based metaverse created by Yuga Labs’ triggers a rise in gas fees. Since this was a highly anticipated launch, a high volume of transactions was submitted on the Ethereum blockchain, making it difficult for the blockchain to scale properly. As such, users had to pay more fees so that miners would prioritize their transactions. In the aftermath, it turned out that participants paid over $176 million worth of Ethereum as transaction fees alone.

One of the core goals of successful NFT projects is to build strong communities around their collections. No matter your views of Bored Apes (BAYC), one cannot deny the strength of its community — which ranges from BAYC-themed restaurants to Ape holders donning merchandise representing the collection.

To achieve this, it is advisable to ensure that NFTs get to the hands of a diverse group of users rather than concentrating on a particular demographic or location.

Lastly, the processes involved must be trustless. In other words, users should not be required to trust that the operator or developer would employ fair procedures and mechanisms — hence, the use of blockchain.

How to Launch an NFT Collection Successfully

Having explored the factors considered when rating the success of an NFT launch, it is time to highlight some things you can do to optimize your upcoming NFT minting event. But before going into that, let us first discuss the four main phases of an NFT launch.

So, the question is: how do you optimize all of these processes?

The Bidding and Clearing Phases

First and foremost, it is crucial to decide whether a continuous or sequential method for bidding and clearing is suitable for your launch.

In a continuous process, bidding and clearing occur simultaneously. Here, each bid is matched instantly with the remaining supply of the NFT collection. A prime example of the continuous model is the first-come-first-serve method mentioned earlier in this guide. As stated earlier, this model puts a lot of pressure on the underlying blockchain infrastructure. It could also potentially cause a spike in transaction fees.

A preferable model utilizes a more sequential method of implementing the bidding and clearing phases.

Unlike the continuous system, the sequential approach ensures that the bidding and clearing phases do not overlap. In the other words, the operator or smart contract first collects all the bids for a specified duration before attempting to match them against the remaining supply.

One of the perks of this approach is that it allows the operator to determine the fair clearing price. Also, it leaves no room for an unnecessary hike in transaction fees, since users are not trying to beat the rush. Lastly, it allows people from different time zones to participate in the minting event as the collection of bids usually lasts for days.

Other decisions to make revolve around the trustless nature of the bidding process. The goal is to ensure that most of the processes involved are executed on the blockchain rather than in an off-chain-based setup that requires users to trust the integrity of the developer.

In this phase, the major talking point is the need to implement mechanisms that mint the tokens, send them to the rightful owners, and refund losing bidders.

The goal is to make these processes as efficient as possible. To prevent gas auctions or cost inefficiency, it is preferable to distribute NFTs to winning bidders in batches as opposed to settling for an instant distribution approach that may force gas fees to spike.

The distribution phase is critical as the potential of making a profit in the secondary market may drive users to claim their NFTs at the same time, thereby putting the entire network at risk of experiencing a gas fee hike.

One way of preventing this is to block users from claiming NFTs. Instead, the operator will be responsible for sending out NFTs to winning bidders over time. With this, users do not have to do much to receive their tokens. The only requirement is that they add a delivery fee as part of the initial payment made for the NFT.

The last stage involves the reveal of the attributes of the NFTs.

To ensure that the entirety of the launch is not susceptible to exploitation, the metadata reveal phase must be the last stage. Remember that a leak of an NFT collection's metadata can give attackers all the information they need to selectively mint the rarest NFTs.

Well, securing the metadata right until minting is over is the best way of mitigating against such exploitations.

There are three options to consider when determining the time to reveal the metadata of a newly launched NFT collection.

In this guide, we have discussed some of the critical processes involved in an NFT launch and how they can be optimized. All in all, the core goal is to prevent exploitations, preserve the fairness of the distribution and reduce the cost of minting the NFTs.

Now go forth and launch your NFT collection!

How-to Guides
How to Mint an NFT for Free? Broke People Edition
From minting an NFT for free to building hype around your artwork, here is a comprehensive guide by CoinMarketCap Alexandria to kickstart your journey with zero fees!
By Aden Batool
6mo ago
9m
NFTs
Crypto News, Feb. 2: Is It Game Over for Gaming NFTs?
Nintendo, Sony and other gaming giants will think twice after witnessing a PR disaster unfold for Team17.
By Connor Sephton
6mo ago
3m
How-to Guides
Staking and Savings on Binance: Everything You Need to Know
From Binance's DeFi staking to Binance Launchpad, this guide covers all the popular staking and saving opportunities offered by the exchange.
By Jinia Shawdagor
11mo ago
5m
See all articles