How Blockchain can Bridge the Gap Between Online Advertising and Transparency

Global advertising spend rose to $657B in 2021, but over $35B were lost to frauds and scams in 2020 alone. Can blockchain be the solution to ad frauds? 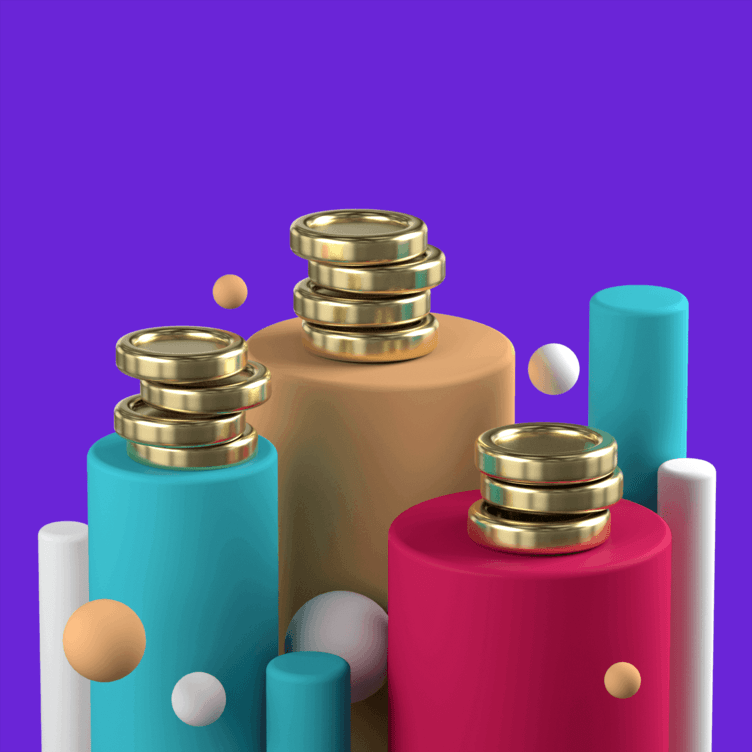 When it comes to cryptocurrency, there are many in favor of it, considering the total cryptocurrency market capitalization currently stands at around $1.7T. However, there are also many that are repulsed by this speculative asset. Fanatics or skeptics, one thing is for certain — the brilliant technology that is the blockchain.

Advertising and its Issues

Advertising and marketing, in contrast, is a field that dates back to the printing press. The field, however, is ridden with decades-old flaws that are getting stronger with the passing day. According to a study by ExchangeWire, future forecasts predict that fraud in ads can rise up to $50 billion over the next decade while 79% of researchers voiced their concerns over the lack of transparency in programmatic advertising.

Following are some of the most widely known issues with advertising;

Advertising is a massive industry with branches in the digital and real world. Every year, the advertising and marketing wings of corporations bring in large sums of profit. This profit, however, also requires huge sums of investments, and agencies to run campaigns for them. Their money is then prone to ad fraud, where a portion of their money does not reach the project and rather is pocketed by countless anonymous links in the long chain.

A study reported that for the year 2020 alone, ad dollars worth US$35 billion were lost to frauds and scams. This heavily impacted the annual advertising profits in countries such as the United States, China, and the United Kingdom, which lost $11.4 billion, $5.2 billion, and $1.6 billion respectively.

Due to the overcrowding of the programmatic trading scene with vendors and intermediaries, companies and advertisers are not entirely certain over how their ad budget is being spent. This creates an issue of transparency where those spending the money and those paying for the services do not have clear communication between them and thus, marketers are left on the sidelines in terms of exposure to where their ad money is going.

The advertising industry is swarmed by new people looking to take a bite out of the multi-billion dollar pie, which has caused for the roles of intermediaries or middlemen to become more and more prevalent with passing time. There is a lack of clarity regarding intermediary third parties in the space, as companies are unaware of undisclosed costs that can significantly decrease the performance of a campaign. Moreover, most advertisers are even left in the shadows about who they are working with when they hand their money over. The third parties are often undisclosed to the advertisers, which creates the problem of outsourcing too, where the company buying the advertising services reaches out to a firm that they consider trustworthy. However, that firm in turn hires more and more third parties to do the job that was assigned to them.

The Rapid Growth of Advertising

This air of nondisclosure, lack of transparency and mistrust is why many brands are looking to cut down their advertising budgets. However, the overall industry is still surging upwards. In mid-2021, a report by Magna Global projected that "Global advertising spending will grow by $78bn in 2021 (+14%) to $657 billion, a new all-time high, following a decline of -2.5% in 2020. The marketplace will continue to grow in 2022 (+7%)". This forecast was spot on, and a new projection by Zenith follows that by the year 2024, the retailer media advertising would grow from $77 billion to $143 billion.

Cryptocurrency isn't the only field that can benefit from the marvels of blockchain technology. Blockchain has promising potential in many other fields such as artificial intelligence, robotics and even the media.

According to EnvisionX CEO and Co-Founder, Zheng Zhang, blockchain can solve transparency issues by creating a viewable transaction atmosphere that will significantly reduce ad scams

The following are some of the ways in which blockchain can further enhance the field of advertising and marketing.

Features of Blockchain That Can Benefit Marketing

With the industry expanding with such vigor, there comes the threat of fraudulent actors in the market. It is therefore crucial to instill a system that will protect buyers and sellers.

Blockchain can massively contribute to creating an atmosphere of clarity among buyers and sellers in digital advertising. Following are the key features of blockchain tech that could potentially revolutionize the industry.

Blockchain technology follows a decentralized system, meaning that the decision-making regarding investors' money is not in the hands of only one group of people. The ledger of the blockchain is visible to all. This means that the transactions happen in the "public eye", leaving no room for mistrust.

There is no requirement for hidden fees, as transaction costs are laid out when dealing on the blockchain. This is especially helpful as the transactions are made between the buyer and seller directly.

Blockchain are capable of eradicating fraudulent advertising as the receipts for each transaction are  recorded on the ledger forever and can be accessed by any party, at any instant of the exchange.

This means that frauds or bad actors are easily traceable. Advertising fraud cuts off a major portion of the annual marketing revenue. Blockchain technology, with its transparency in keeping records visible to the consumer and for future use, helps advertising take a step forward in terms of minimizing scams and frauds. Self-executing smart contracts in the form of computer codes further enhance the security and transactions on the chains.

Due to the decentralization of data in the blockchain, data storage solutions can make data collection an extremely efficient task. User data is no longer limited to only one place or area and is dispersed over different regions of the world. This form of data collection is not only more secure, decreasing chances of tampering, but also efficient. It is a perfect model for storing such large numbers of user data and can help companies keep track of their personal data collection.

Due to the visibility that blockchain offers, consumers and advertisers alike can potentially have greater trust in the firm handling their money. The entire ledger being available for marketing companies will help them keep track of their investments and double-check the possibility of fraud. The contracts that take place on the blockchain are in the form of codes that will stay on a blockchain as long as it survives. This proves as a receipt that a firm has been paid by a company for marketing projects and if the firm does not act accordingly, the receipt can be a source of protection for the consumer.

The automation brought about by the programmatic advertising world has caused increased frequency of frauds in the form of hidden fees, and lack of transparency on the media buying activities of traders. This has caused buyers and sellers to be wary of the ad trading environment. Blockchain technology can effectively reduce all these issues due to a transparent, decentralized system.