By Ivan Cryptoslav
7m
3mo ago

Will Ethereum finally set its sights on flipping Bitcoin? Or will it fall into a brutal bear market? 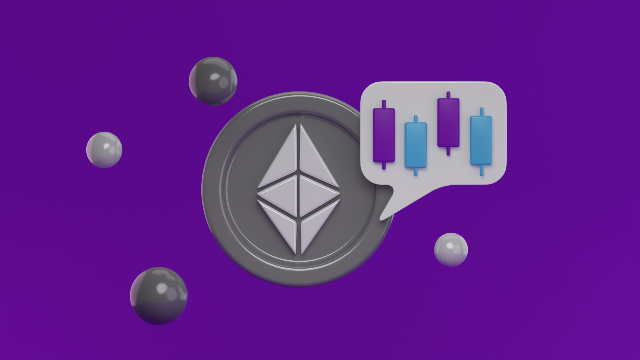 Our Bitcoin Predictions for Summer 2022 alluded to a rocky road ahead for Bitcoin. But could the same happen to Ethereum?
Ethereum bulls have reason to feel good about their hand. ETH ran up to its old resistance line of 0.08 to BTC in the 2021 bull run. Even after a lackluster start to 2022, ETH has been holding up well against BTC, giving Ethereum bulls every reason to believe that its old 2018 highs could come into play.
However, Bitcoin and Ethereum tend to move in lockstep. With Bitcoin correcting in the first four months of 2022, Ethereum has followed its lead. Calls for $10,000 for one ETH were a dime a dozen in 2021, but Ethereum failed to crack even the $5,000 mark. It could fall even further if Bitcoin doesn't find unexpected strength. Our Ethereum predictions for summer 2022 look at one big bullish ace up Ethereum's sleeve and at the bear traps along the way.

As for the Bitcoin predictions, jump to the conclusion for our purely informational and absolutely not-financial-advice price expectations.

In 2021, the Ethereum community was talking about one thing and one thing only:

The term was coined by Ethereum researcher Justin Drake. He argued that Bitcoin might be "sound money" because its supply is fixed, and its value cannot be inflated away. However, Ethereum would become "ultra-sound money," due to the EIP-1559 update introducing ETH fee burning and turning Ethereum deflationary. That update was indeed a significant reason for ETH running it back against BTC in 2021, and the supply of Ethereum did turn deflationary for stretches of 2021.

2022, however, has the biggest update thus far in store for the Ethereum blockchain, and many believe it will become the catalyst for a face-melting ETH run this year.

Ethereum — like Bitcoin — currently operates on proof-of-work, which is neither energy-efficient nor the most efficient way to process transactions. The Merge marks Ethereum's switch from proof-of-work to a proof-of-stake consensus mechanism. Validators, instead of miners, will be processing transactions on Ethereum, and the Beacon Chain will merge with the current Ethereum mainchain. It will transition Ethereum to its originally planned final state of a proof-of-stake blockchain and is expected to happen soon after June 2022.

The Ethereum community is bullish about The Merge as an event for several reasons.

First, The Merge has been promised and delayed for years on end. Even though it was supposed to take place years ago, constant delays in the roadmap bogged down its development. Even now, despite a successful shadow fork of the Ethereum mainnet, it was delayed again. Still, prediction markets are confident that The Merge will happen at least in 2022.
Its eventual delivery will take away the argument that Ethereum is not an environmentally sustainable blockchain. Considering the amount of ESG FUD that proof-of-work blockchains are facing, that will likely have a significant impact on the perception of Ethereum in the eyes of environmental groups and institutional investors (more on that below).
There is the idea that The Merge may be a "sell the news" event. However, the Ethereum community is convinced that the opposite will happen. For starters, 12 million ETH are already staked in the Ethereum 2.0 smart contract. Ethereum educators expect this number to increase to 20-30 million ETH after the switch to proof-of-stake. This would amount to up to 25% of the entire ETH supply, creating an outflow of ETH from the market.
Furthermore, staking below the 32 ETH minimum threshold is currently only possible via staking providers like Lido, Rocket Finance, or centralized providers. Unstaking is not available at all and will only be gradually enabled a few months after The Merge, limiting the selling pressure from ETH that enters the market. The result is an environment of decreasing ETH supply but increasing ETH demand as staking becomes more widely available and easier to operate.

This could lead to yet another, even more bullish, second-order effect: the influx of institutional investors into ETH.

Conclusion: The Merge could be the biggest deflationary event in Ethereum’s history and turn market dynamics upside down.

Crypto trader and BitMex founder Arthur Hayes argued in his essay Five Ducking Digits that The Merge will result in $10,000 ETH by the end of 2022 (and likely higher beyond that).
His argument is that ETH is fundamentally undervalued compared to other bonds if you apply standard financial valuation models. As Ethereum makes the switch to proof-of-stake, ESG concerns go out the window for institutional investors. This is the first step to unlocking ETH as a "perpetual bond" as Hayes calls it. The second is Ether's deflationary nature, making it comparable to local currency bonds and thus palatable for big money to come in.
Since Ethereum can be staked and provides a predictable high yield, the argument is that institutional investors doing the math should borrow in USD and buy ETH to stake it for a positive carry-trade. Remember that according to discounted cashflow models, ETH is fundamentally significantly undervalued. Hayes also argues that Ethereum has by far the most solid fundamentals compared to other layer-one blockchains:
All that leads Hayes to believe that Ethereum has more upside than Bitcoin and will trade at five digits by the end of the year. This is somewhat supported by indicators that whale wallets seem to be accumulating ETH in anticipation of the switch.

Multiplication of [Spot * Present Value of ETH Rewards] at a price of $3,320 / ETH according to Hayes

Conclusion: Institutional investors will soon have tangible reasons to get into ETH.

While The Merge makes a solid bull argument, its problem is that it may get bogged down by delays or wider market turmoil. Bears have a few solid trump cards they can play themselves that do not depend on Ethereum's fickle roadmap.

Unlike Bitcoin, Ethereum's on-chain data does not provide a clear bull signal. Active dApp addresses are flat, as are layer-one transactions. Though this may be due to layer-two growth, it's clearly off the November 2021 peak and lags behind Ethereum's layer-one rivals.
Conclusion: The lack of ecosystem growth is concerning.

Futures markets indicate a lack of interest in leveraged longs as funding rates are not significantly positive. In other words, professional traders expect sideways action at best for Ethereum and are not looking to take on added risk to their positions in the coming months.
Conclusion: Smart money is on the fence.

The undoubtedly strongest bear argument is Ethereum's unlucky correlation with Bitcoin. In a classic example of covering all one's bases, Arthur Hayes also makes the argument that Ethereum will drop in the short term — and that its correlation with tech stocks and Bitcoin is to blame for that. Indeed, the correlation bet ETH and the dropping NDX looks ominous:
Even if The Merge goes ahead earlier than planned, it will likely not be able to defy bearish macro conditions in the short run. Institutional demand seems to be dropping in anticipation of that. If tech suffers, Bitcoin will suffer and so will Ethereum.
Conclusion: Ethereum cannot escape a gloomy macro picture.

Sticking to the logarithmic chart to keep things nice and tight.

Looking at the weekly time frame, we have seen lower highs and lower lows. Price action is now approaching a major support level.

Taking a step back, we can see the overall trend remains in favor of the bulls. ETH found support at $2,500 in the first week of March. At the time of writing, ETH is now looking to confirm this level of support. If it does not confirm this level, we can expect a sell-off towards $2,200. This would leave its 2018 all-time high as the last major support level.

Something to look out for is the bulls breaking the local top. This is a sign that the bulls are returning.

TLDR: ETH is also testing major support. A loss of this level leaves $2,200 on the table for a higher low. If there is a close below $1,850, expect lower lows.

This technical analysis is done by Young Crypto Wolf.

If Bitcoin has a difficult summer, will the same happen to Ethereum?

The answer is “it depends.”

Ethereum has one major bullish indicator that could even benefit from a delay as the market gets hyped up by the impending switch to proof-of-stake. On the other hand, the market won’t wait too long after recent comments that Ethereum is in its closing stages of proof-of-work. Besides all of that, the macroeconomic sword of Damocles is still threatening to choke off a bull rally.

ETH looks in a good place for the medium term, but summer 2022 may just be a bit too early for fireworks. We probably won’t hit new all-time highs just yet, but much of the downside looks already priced in.

Trading
Weekly Crypto Twitter Roundup, Jan. 29: Wanted Dead or Alive: Celebrities to Push NFTs
This week’s crypto Twitter action shows us that nowadays, even the sweet embrace of death is not enough to free one from having to promote NFT releases.
By Andrey Kartsev
7mo ago
9m
Trading Analysis
Key Bitcoin Indicators Remain Strong as Positive News Offset Decreasing Price: A Data Perspective...
IntoTheBlock takes a look at what Bitcoin has been up to over the past week, following the Tesla news.
By Lucas Huang
1yr ago
3m
Trading Analysis
Technical Analysis: MANA, APE, SAND, RACA, VRA, AXS and GALA Price Prediction (June - W1)
With the market finding a little bit stability, it is only logical to check out our favorite metaverse and NFT category! Wanna know which coin will outperform? Let's find out!
By Scarpa
3mo ago
4m
See all articles