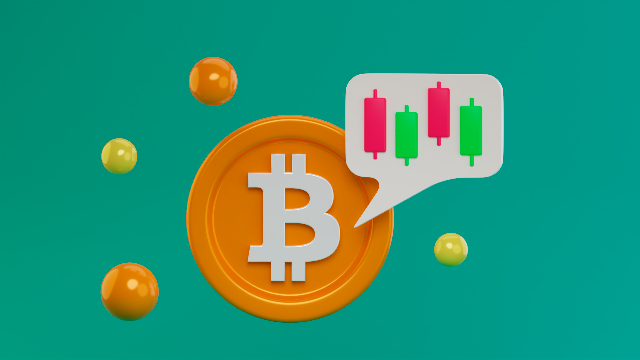 Sell in May and go away is an old Wall Street adage that summer months bode ill for investors. But is that also true for Bitcoin?

This research of seasonality in Bitcoin returns suggests that Bitcoin experiences heightened volatility during the summer months (June through August). While July returns break even on average, it is the most volatile summer month. August sees below-average returns, while June tends to be a profitable but volatile month.
With that in mind, investors anxiously await the summer of 2022 and hope that volatility will come to the upside after Bitcoin's rough start to the year. In our Bitcoin predictions for summer 2022, CoinMarketCap Alexandria breaks down the bullish and bearish catalysts for Bitcoin and looks into the technical setup for the summer months.

If you're particularly impatient, jump to our conclusion to find our (purely informational and not financial advice) price expectations for the Bitcoin price in summer 2022.

After opening around $47K, BTC immediately fell into the mid-30s in January. A brief recovery back to around $45K in February was slapped down by the bears. Another attempt at a breakout in early March suffered the same fate. Bitcoin finally put in a strong rally at the end of March to match its yearly open — and then the bears struck back to push the price down below $40K.

Do Bitcoin bulls have any hope left for the traditionally difficult summer months? Let's look at a few reasons to be bullish on Bitcoin.

Glassnode is the leading on-chain data and intelligence platform and publishes weekly analyses of on-chain data and price fluctuations. According to its Week 16 Report, Bitcoin is looking solid from an on-chain data perspective:
The report concludes that long-term holders with higher cost bases than $14,6K have likely been capitulating throughout the recent correction. In doing so, they have been selling to new holders between $35K and $42K, indicating that much of the sell-side pressure has been absorbed already.
Conclusion: on-chain analytics suggest this is an accumulation range.

Regulation Is Slowly Picking Up

Although regulation sounds like a bearish indicator, it does not have to be.

Quite the opposite. Increasingly, countries are taking the issue of digital assets seriously and getting their hands dirty with regulation. This means they expect crypto to stay, so the more countries adopt crypto regulation, the more mainstream it becomes and vice versa. Of course, not all regulation is created equal, but the news has largely been positive recently.

Granted, none of these examples is a paradigm shift in terms of crypto regulation. Still, they show that many countries are looking to incorporate Bitcoin and other crypto-assets into their financial systems rather than outlawing them. Even Russia and the European Union — both hardly fierce crypto advocates — have been passing more favorable digital asset laws (or, in the EU's case, at least avoided banning crypto).
Conclusion: Regulation has rarely looked better than now.

A BTC Spot ETF and Other Fresh Money Inflows

Much of the recent price correction has come down to a lack of new money coming into the crypto ecosystem. With existing investors rotating between ecosystems and narratives, different assets have pumped at different times. Still, sideways price action has been the best-case scenario.
New money is about to come into crypto and specifically Bitcoin. Investment giant Fidelity announced a plan to allow retirement savers to put BTC in their 401(k) accounts. Elsewhere, the first Bitcoin Spot ETF has been cleared to go by the Australia Securities Exchange (ASX). The Australian Financial Review expects an inflow of $1 billion into Bitcoin following the launch of the ETF. Even within the crypto sector, money is flowing into Bitcoin. The Luna Foundation has continued to accumulate Bitcoin and is far from done, according to its own plans.

Many of these buyers may not pump the price to stratospheric heights immediately, but they are indicative of a steady inflow of new money into Bitcoin.

Unfortunately for bulls, the bears have a lot of good reasons to feel supremely confident about their prospects for a Bitcoin bear summer 2022.

The inflation horse has been beaten to death at this point. Still, it's the number one trump card bears can play, as inflation in the US and most other nations hit multi-decade highs in recent months. This is bad for Bitcoin for two reasons:

The market anticipates the Federal Reserve to raise interest rates to up to 2% throughout 2022. However, will that be enough to curb inflation? Will it be followed by more monetary tightening in 2023? Is the rate hike going to choke off the economy and lead to the recession many expect at this point?

Much of this uncertainty is weighing heavy on BTC. Add to that geopolitical uncertainty and another potential spike in commodity prices if the war in Ukraine escalates. Oh, and have we mentioned the supply chain crisis that may unfold due to new COVID lockdowns in China?
Source: https://twitter.com/ZaidZamanHamid/status/1516612957815414787

No one knows exactly how bad it is going to get, which usually does not bode well for risk-on assets like Bitcoin.

Conclusion: It may be bad or down horrific for Bitcoin, but the macroeconomic situation is dire no matter how you look at it.

Correlation With Other Risk-on Assets

Bitcoin has been basking in the glory of rising tech stock valuations and expanding liquidity while it could. But it looks as if investors are now coming forward with the bill, and tech and crypto will have to pay up.

Bitcoin's correlation with the NASDAQ has been rising relentlessly over the last year, from only 0.1 to 0.6 in April 2022 (1 being perfect correlation). As NASDAQ has reversed from all-time highs, so has Bitcoin. Much of the macroeconomic uncertainty has weighed on tech stocks, which some investors have already considered vastly overvalued. Still, excess capital had to find yield somewhere, and growth companies like Google, Apple, and Tesla have proven to be the best bet.

However, this increasing correlation shows that Bitcoin is still a long way from being the inflation hedge its proponents want it to be. If tech continues its correction and Bitcoin follows, it will likely have a knock-on effect on its perception as an inflation hedge.

On the one hand, the dollar is Bitcoin's best friend. The expansion of stablecoins may well lead to a de facto adoption of the dollar at the expense of local currencies. That's a priori good for Bitcoin — the more stablecoins are used, the easier it is to purchase BTC.
However, the USD currency index (DXY) has traditionally been Bitcoin's archrival. As the DXY and the value of the dollar rise, Bitcoin falls and vice versa. Unfortunately for Bitcoin, rising interest rates in the US are great news for the dollar. Capital is rushing out of Bitcoin and back into bonds to get those safe returns.
While some analysts expect a weakening of the dollar's dominance over the longer run, that is not going to happen in the immediate future. For the next few months, the greenback will likely reign supreme, meaning Bitcoin could see further downside in the short term.
Source: https://twitter.com/JohalMiles/status/1515667652865310730
Conclusion: More dollar strength (or consolidation at high levels) could spell more pain for Bitcoin.

Using the logarithmic chart and the weekly time frame to keep things simple and clear.

The higher time frame gives us a better idea of the overall picture. Here, we can see BTC is currently at a major support level. Since November, it has been forming lower highs and lower lows. Zooming out, we can see that since COVID, BTC has seen some incredible gains. Price action is now respecting its bullish channel.

Taking a closer look at our most recent price action, we can see the support is getting weaker. A sell-off towards $34,000 is healthy for BTC and still allows for a higher low to print. However, if the price extends towards $31,000, you should have your stops ready. If Bitcoin loses this level of support, there will be a big sell-off.

Something to look out for is the bulls breaking the local top. This is a sign that the bulls are returning.

TLDR: Bitcoin is testing major support. A loss of this level leaves the possibility of a higher low at $34,000. Buckle up if there is a close below $31,000!

This technical analysis is done by Young Crypto Wolf.

This summer could be a difficult one for Bitcoin.

Its bullish indicators (on-chain data, regulation, institutional interest) do provide some short-term relief. Still, there is a lot of uncertainty over how much inflation is yet to come and whether geopolitical events and supply-chain bottlenecks will continue to beat down stocks and crypto.

Considering all the uncertainty, a target price for Bitcoin until the end of August is extremely difficult to make. But Bitcoin may trade closer to $30,000 than to $60,000 when the summer is over.
This article contains links to third-party websites or other content for information purposes only (“Third-Party Sites”). The Third-Party Sites are not under the control of CoinMarketCap, and CoinMarketCap is not responsible for the content of any Third-Party Site, including without limitation any link contained in a Third-Party Site, or any changes or updates to a Third-Party Site. CoinMarketCap is providing these links to you only as a convenience, and the inclusion of any link does not imply endorsement, approval or recommendation by CoinMarketCap of the site or any association with its operators. This article is intended to be used and must be used for informational purposes only. It is important to do your own research and analysis before making any material decisions related to any of the products or services described. This article is not intended as, and shall not be construed as, financial advice. The views and opinions expressed in this article are the author’s [company’s] own and do not necessarily reflect those of CoinMarketCap.
2 people liked this article

Trading
Technical Analysis: BTC, ETH, NEAR, ADA, FTM and AVAX (Nov. W4)
Bitcoin continues the sideways movement as it has been unable to break the resistance at $18,500.
By Ivan Cryptoslav
1h ago
3m
Trading
Technical Analysis: MANA, SAND, RACA, STX and GALA Price Prediction (Nov. W4)
After the FTX collapse, let's see how metaverse and NFT tokens are performing!
By Ivan Cryptoslav
1h ago
2m
Trading
What Is a Grid Trading Bot and How to Use It?
Today, we discuss grid trading bots and how you can use them to your advantage.
By Ivan Cryptoslav
1d ago
7m
See all articles