Crypto News, May 30: BTC Starts Well, LUNA… Not So Much

Bitcoin is catching up to equities rebounding last week, as it starts Monday up 5%. The same cannot be said for altcoins, with LUNA getting no love from the markets following its re-launch. 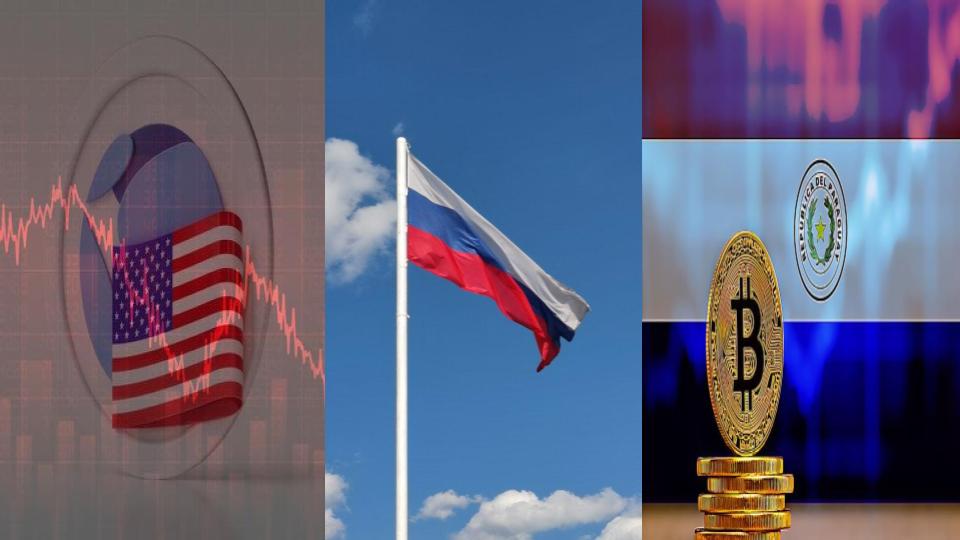 Bitcoin bulls are digging up their bull memes again, as BTC is up 5% to start the week over the last 24 hours. Even though BTC did not avoid yet another weekly red, it looks poised to snap its losing streak this time, as traders and analysts agree that a bear market rally may be imminent. Altcoins will look for Bitcoin to lead the way, as most alts suffered more losses in the last week.

LUNA is trading after Terra’s new version went live. However, it did not get off to the best start and dumped 75% almost immediately after its launch, highlighting the fact that rebuilding lost trust will be no easy feat. Most investors on social media and in the markets seem to agree that it will require more than just forking the old Terra chain to revive the ecosystem.

Paraguay’s Congress delivered the goods for South American crypto investors by approving a draft bill that regulates the mining, trading, and custody of cryptocurrencies in the country. The bill is set to go back to the Senate for approval and could then be signed into law by the President. Even though critics warned of heightened energy consumption due to Bitcoin mining and the alleged illicit use cases of crypto, data shows that crypto approval in Paraguay is quite high already.

Russia Could Allow Crypto in Foreign Trade, Speeds up the Digital Ruble 🤨

Russia continues to push ahead with its crypto regulation plans. The Ministry of Finance amended its draft bill to include an article that would allow paying with cryptocurrencies in foreign trade. How well this would work to evade sanctions is unclear, but the country is also moving ahead with its own digital currency. The Bank of Russia brought forward a pilot project to launch a digital ruble, with the new launch date being April 2023. This marks further progress toward Russia’s goal of getting itself of dollar dependence as soon as possible.

Who's Behind the UST Depeg? Nansen Data Provides Answers 🧐

Crypto analytics firm Nansen conducted an on-chain analysis of the Terra (UST) depeg, and its findings did not disappoint. The firm identified seven wallets that kicked off the death spiral behind the depeg. After withdrawing UST from Anchor and swapping it for other stablecoins, market arbitrageurs and price inefficiencies accelerated the decline. One of the wallets was identified to belong to Celsius, which is an interesting turn of development considering the company’s recent struggles following speculation of UST exposure.
This article contains links to third-party websites or other content for information purposes only (“Third-Party Sites”). The Third-Party Sites are not under the control of CoinMarketCap, and CoinMarketCap is not responsible for the content of any Third-Party Site, including without limitation any link contained in a Third-Party Site, or any changes or updates to a Third-Party Site. CoinMarketCap is providing these links to you only as a convenience, and the inclusion of any link does not imply endorsement, approval or recommendation by CoinMarketCap of the site or any association with its operators. This article is intended to be used and must be used for informational purposes only. It is important to do your own research and analysis before making any material decisions related to any of the products or services described. This article is not intended as, and shall not be construed as, financial advice. The views and opinions expressed in this article are the author’s [company’s] own and do not necessarily reflect those of CoinMarketCap. CoinMarketCap is not responsible for the success or authenticity of any project, we aim to act as a neutral informational resource for end-users.
2 people liked this article

Crypto News
Bitcoin Plunges Below $52,000 as $6B Options Expiry Looms
To make matters worse, a billionaire hedge fund founder believes there's a decent probability Bitcoin could be outlawed.
By Connor Sephton
1yr ago
2m
Crypto News
XRP Pump Ends in Tears as Altcoin Falls By 45% in Just Three Hours
The crash was disastrous for those who attempted to invest in XRP at a pre-determined time.
By Decentralized Dog
1yr ago
2m
Crypto News
Weekly Roundup: What Happened in Play2Earn Games and NFTs This Week? [Nov. 5, 2021]
CoinMarketCap takes a look at some of the most prominent play-to-earn and NFT events, from a DAO raising funds for lobbying efforts in Washington to NFTs descending upon NYC Times Square.
By Andrey Sergeenkov
9mo ago
8m
See all articles