While Tether published an update with improving liquidity that should soothe nervous markets, Ethereum is continuing preparations for its Merge — which is now penciled in for August. 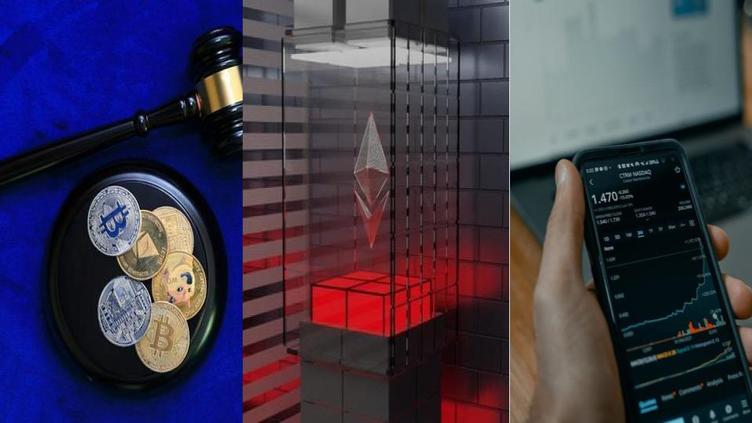 Tether reported a 17% decrease in commercial paper in the first quarter of 2022. Another 20% decrease is to follow in Q2, as the company rushes to prove its solvency amidst market concerns that it may not have the reserves to back circulating USDT. According to the report, 52% of its reserves are now in cash or cash equivalents, with only 37% in commercial paper — a significant decrease from last year.

Ethereum’s core developer Preston van Loon said at the Permissionless conference that Ethereum’s Merge will happen in August (if everything goes according to plan). He was echoed by fellow Ethereum researcher Justin Drake, which marks yet another bullish sign for Ethereum’s switch to Proof-of-Stake to finally happen. Prediction markets now consider The Merge to be practically guaranteed to happen in 2022.

Following a meeting in Koenigswinter, Germany, the leading industrial nations G7 published a statement that called for swift and comprehensive regulation of cryptocurrencies. The statement follows the collapse of LUNA and UST, which wiped out over $300 billion in market value. Calls for more regulation were echoed by Janet Yellen and the governor of the Bank of France.

The Commonwealth Bank, Australia’s largest one, announced the temporary suspension of its crypto trading pilot. The bank cited a lack of regulatory clarity and concerns over market volatility, following the fallout of the LUNA/UST crash. Australia’s largest bank had already had problems with regulatory approval before the crash but may be looking to limit possible reputational damage with this move.

FTX US to Move Into Stock Trading 💵

The US branch of crypto exchange FTX announced the launch of FTX Stocks, an equity trading service that will offer US stocks and ETFs. The full launch will come mid-summer, according to FTX officials. The announcement follows the recent acquisition of 7.6% of Robinhood shares by FTX CEO Sam Bankman-Fried. The company said a merger is currently not planned.
This article contains links to third-party websites or other content for information purposes only (“Third-Party Sites”). The Third-Party Sites are not under the control of CoinMarketCap, and CoinMarketCap is not responsible for the content of any Third-Party Site, including without limitation any link contained in a Third-Party Site, or any changes or updates to a Third-Party Site. CoinMarketCap is providing these links to you only as a convenience, and the inclusion of any link does not imply endorsement, approval or recommendation by CoinMarketCap of the site or any association with its operators. This article is intended to be used and must be used for informational purposes only. It is important to do your own research and analysis before making any material decisions related to any of the products or services described. This article is not intended as, and shall not be construed as, financial advice. The views and opinions expressed in this article are the author’s [company’s] own and do not necessarily reflect those of CoinMarketCap. CoinMarketCap is not responsible for the success or authenticity of any project, we aim to act as a neutral informational resource for end-users.
29 people liked this article

Crypto News
Weekly Wrap: What's Happening in the Metaverse This Week? [Dec. 22, 2021]
CoinMarketCap takes a look at some of the latest happenings in the metaverse — from Adidas Originals' NFT launch raking in $60 million under a week, to a violation on Meta's Horizon Worlds.
By Andrey Sergeenkov
6mo ago
8m
Crypto News
U.K. Vows to Clamp Down on Misleading Crypto Ads
Figures released by the FCA last year suggest 2.3 million Britons now own cryptocurrencies, but many consumers have made an investment without being aware of the risks.
By Connor Sephton
5mo ago
3m
Crypto News
Legal Challenge Launched Against El Salvador's Bitcoin Law
One theory doing the rounds is that President Bukele might be indirectly behind this legal challenge.
By Connor Sephton
1yr ago
2m
See all articles