Buterin Calls for Anonymizing Ethereum Transactions as Feds Crack Down

There are kinks to be worked out, like how to pay gas fees for the transaction, but Buterin says there are several possible workarounds. 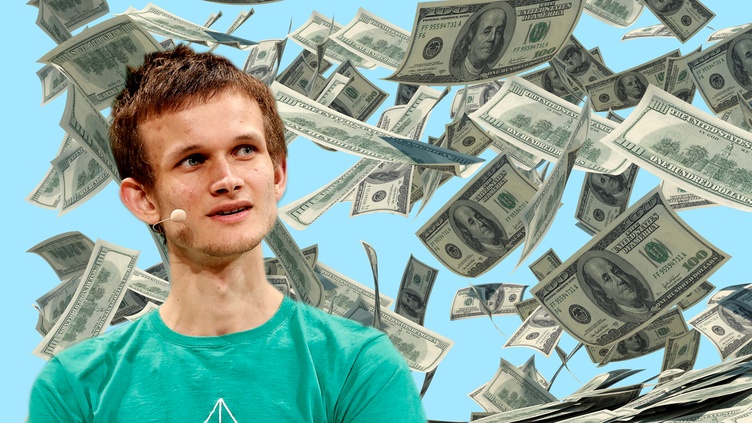 Just as U.S. and EU authorities are cracking down on crypto anonymizers they say assist money laundering, Ethereum co-founder Vitalik Buterin has proposed a method of hiding the identity of the recipients of all ERC-20 tokens.

In a Jan. 20 blog post, Buterin proposed updating the blockchain to support single-use "stealth addresses" that would make it much easier to protect the privacy of recipients of any type of token on the Ethereum blockchain. This would include NFTs, Ethereum Name Service (ENS) addresses and more obscure ERC-20 tokens.

"In practice, using the entire suite of Ethereum applications involves making a significant portion of your life public for anyone to see and analyze," he said, pointing out that blockchain transactions are open to see.

While this "is widely recognized" as an "important problem," he said:

"Discussions on improving privacy have largely centered around one specific use case: Privacy-preserving transfers (and usually self-transfers) of ETH and mainstream ERC20 tokens."

In a telling example, Buterin said this is a weakness of services like Tornado Cash, pointing to the mixing service that was recently sanctioned by the U.S. government. One of its lead developers, Alexey Pertsev, is in jail while awaiting trial on money laundering charges in The Netherlands for helping code Tornado Cash. And Coinbase is funding a lawsuit challenging the U.S. designation of the decentralized mixing service as a sanctioned entity.
That means incorporating these privacy tools into the most widely used smart-contract blockchain could have unintended consequences. Recall that Litecoin was banned from some major South Korean exchanges last June after adding opt-in privacy features. Stealth addresses would do this for essentially every ERC-20 token.

While blockchains do provide privacy, it is pseudonymity not true anonymity. The recipient's identity is hidden behind a private key, but transactions can be tracked from one address to another.

Blockchain intelligence firms and law enforcement discover identities by looking for anything connecting an address to a person, such as an exchange account with Know Your Customer (KYC) information.

Stealth addresses of the type Buterin is proposing would work differently than mixers. What they do is automate the generation of one-time use addresses and spending keys making it easier to hide the identity of the recipient of a transaction. Buterin said:

"Stealth addresses give the same privacy properties as Bob generating a fresh address for each transaction, but without requiring any interaction from Bob."

There are kinks to be worked out, like how to pay gas fees for the transaction, but Buterin says there are several possible workarounds.

Bitcoin
Charlie Munger Goes Full 'Crypto Voldemort' in Calling For a Ban
Berkshire Hathaway's Vice Chairman said the U.S. should follow the example of China, which "wisely" banned all cryptocurrencies.
By Leo Jakobson
1h ago
3m
Altcoins
The Couch Doge Sat On is Being Auctioned Off
But rather awkwardly, bids are only being accepted in Ether... not DOGE.
By Leo Jakobson
1h ago
2m
Metaverse
Saweetie To Headline Virtual Super Bowl Concert in Roblox Metaverse
The rapper's VR show will be part of the NFL's official Super Bowl LVII weekend event schedule, letting the league tap into the hugely popular metaverse concert circuit.
By Leo Jakobson
1h ago
2m
See all articles