A Deep Dive Into Streamr
Table of Contents
What Is Streamr?
How Does Streamr Work?
Tech Deep Dives

A Deep Dive Into Streamr 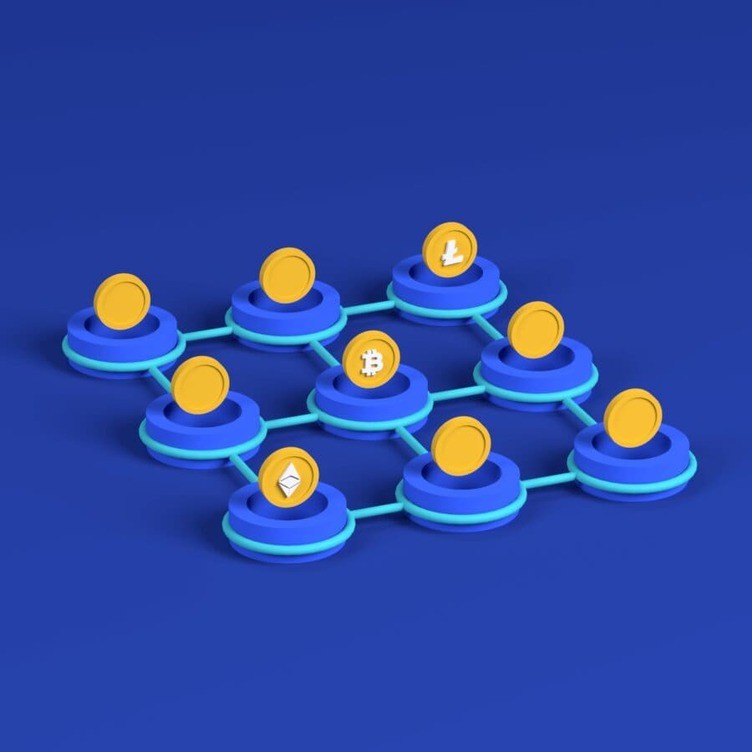 Real-time data is key to the functioning of practically every form of media there is — it’s a crucial resource for the numerous firms that rely on up-to-date data for their operations.

Now, a decentralized real-time data streaming network known as Streamr is looking to blend the benefits of blockchain with real-time data messaging to power a new array of use cases, while revamping old ones.
Subscribe

Streamr is creating the infrastructure and tools for decentralized real-time data. At the heart of the project is the Streamr Network, a pub/sub layer zero protocol for peer-to-peer real-time data messaging. The technology works in conjunction with other blockchains such as Ethereum and xDai chain, which are deployed for security, identity and payments. On top of the Streamr Network sits the application layer, which includes the Data Union framework, Marketplace and all third-party applications in the Streamr ecosystem.

The goal of Streamr is to create an alternative model for real-time data sharing, transport and monetization where data is interconnectable and secure, while remaining in the hands of those who produce it. In this model, data flows become easily shareable and tradable, unlocking the potential for new business models to emerge that leverage and help develop efficient and scalable global data economies.

Web2’s current data infrastructures are run by big tech, and almost every company and individual in the world relies on them in some way. This potentially huge problem can only be solved one piece at a time, and Streamr co-founders Henri Pihkala and Nikke Nylund have set out to help address this by building a new form of real-time data infrastructure.

How Does Streamr Work?

The Streamr Network is a plug-and-play middleware solution that can be deployed by any decentralized application or by blockchain networks as an infrastructure building block. When building on Streamr, DApp developers no longer need to rely on centralized services like Google Cloud or AWS for their message transportation due to the network’s peer-to-peer architecture.

Each data stream on the Streamr Network can be considered one of its basic units. Each has its own address/ENS name and pertains to a single data feed, e.g. live GPS data for cargo, a stream of tweets or a price feed. The platform allows users to buy and sell a wide range of real-time data products through the Streamr Marketplace, helping users earn a passive income.

In the Streamr Network, the data is published to individual streams that other users can subscribe to either for free or for a fee (depending on the stream). There is almost no limit on the format or quantity of data that can be fed into Streamr, as images, video or any other type of domain-specific data could be pushed into a stream.

Each stream or pub-sub topic has its own peer-to-peer overlay network that is created and maintained by a set of BitTorrent-like trackers.

According to the project whitepaper, this solution can be used to power a variety of messaging arrangements that are frequently used in real-world applications.

The network inherits robust node consensus abilities and much of the necessary infrastructure from the Ethereum stack. This allows the network throughput to scale linearly with the number of participating nodes, allowing it to process millions of data points per second.

There are several different roles within the Streamr Network ecosystem:

For a deep dive on Streamr’s token economics, check out this post by Streamr co-founder Henri Pihkala.

What Stage of Development Is Streamr In?

While the network itself is already up and running, the tokenomics are still in development and will be fully deployed in the Streamr Network sometime in 2022. As part of the near-term roadmap, the DATA token will be used to bootstrap the growth of the network. Network participants are incentivized to mine DATA tokens by contributing bandwidth and by staking to earn yield. The token supply is hard-capped, with new DATA tokens only minted if a governance proposal is passed by the Streamr community.

DATA tokens will have a variety of uses within the Streamr platform, both as a means of payment on the Streamr marketplace and for rewarding key stakeholders in the network.

Streamr recently launched the Brubeck Testnet, which means the network is now open for anyone to run a node and earn DATA rewards in exchange for providing bandwidth and helping to power the network. So far, over 30,000 nodes have participated in the testnet and claimed rewards from the 2 million DATA prize pool, giving the team valuable insights into the network’s performance.
Once the testnets have been completed and the data they generate analyzed, the full Brubeck milestone is expected to launch later this year.

Traditional data pipelines rely on the centralized servers or cloud services that data typically flows through and stakeholders connect to. This can create vulnerable silos that suffer from vendor lock-in. With the Streamr Network, this central vulnerability is removed and replaced with secure peer-to-peer network architecture. For apps, it operates like any traditional message queue or pub/sub message broker, but underneath, the data transport service is delivered by a swarm of independently operating nodes working together to help power the network.

When combined with a companion blockchain, access to the data streams can be tokenized, enabling data content to be monetized and traded peer-to-peer without any third parties involved. The cryptocurrency Streamr DATAcoin (DATA) plays a key role in helping to power this ecosystem by providing a means of exchange between stakeholders and a strong incentive for further growth and adoption.

Existing use cases include:

How Does Streamr Compare With Its Competitors?

Like most blockchain platforms, Streamr has its fair share of competitors — most notably IOTA and Ocean Protocol.

The main technical difference between the Streamr Network and IOTA is that IOTA is a tangle-based distributed ledger, and Streamr is not. Instead, Streamr is an off-chain P2P network for scalable real-time data delivery in the pub/sub pattern. This makes Streamr an excellent fit for low-latency, high-throughput use cases like algorithmic trading, high-volume M2M messaging and other use cases with a lot of recipients for each message (i.e. broadcasting).

Micropayments are possible with IOTA but not Streamr, since it is not a blockchain/distributed ledger. Streamr is a companion network that deploys a blockchain for security-critical things like payments, access control and managing correctness proofs from nodes. It runs alongside other blockchains like Ethereum and xDai, but is fundamentally blockchain-agnostic and could run alongside any blockchain (with sufficient programmability).

Ocean is primarily a data marketplace that makes data sets available against payments. There is also a marketplace in the Streamr ecosystem built on top of Streamr Network and Ethereum with some overlap with Ocean's offering, but in the case of Streamr, data buyers buy real-time data, whereas on the Ocean marketplace only static data sets are available.