Indian crypto exchanges were forced to halt deposits over the ongoing confusion about the country's new, strict crypto regulations. 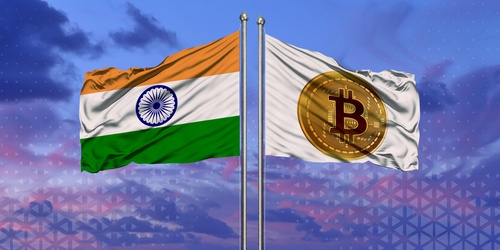 Indian crypto investors have not had it easy in 2022.

The latest blow was dealt this week when two of the largest Indian crypto exchanges, CoinSwitch Kuber and WazirX, disabled deposits due to the lack of regulatory clarity in the country.

Users could not deposit via the so-named United Payments Interface (UPI), a real-time payment system regulated by the Indian central bank that is essential infrastructure for crypto exchanges to process payments. In a statement, WazirX said that it had disabled deposits via UPI as far back as December and quoted the regulatory situation as the reason for its decision.

Coinbase also suspended payments only a day after its Indian branch started operating.

The National Payments Corporation of India (NPCI), overseeing the UPI payment system, announced in a statement that it was "not aware of any crypto exchange using UPI."

Recall that Indian investors have recently been slapped with a crypto tax of 30%.

According to Sathvik Vishwanath, co-founder and CEO of Indian exchange Unocoin, people earning less than one million Indian rupees ($13,000) are affected by the 30% fixed income tax on crypto — a significant blow to the local cryptocurrency ecosystem.

Consequently, trading volumes on Indian crypto exchanges have been in freefall. Since the start of April when the tax came into effect, exchanges have seen their volumes decline by over 50%.

Most devastating for Indian crypto investors is the structure of the tax, which equates cryptocurrency investments to gambling. While profits are taxed at a whopping 30%, losses cannot be offset against other investments. Although ostracizing the crypto industry through this high tax didled to some criticism —including a petition that tried to get the government to reconsider its position — the law eventually passed without any issues.

Ironically, though, the payment integrations for gambling and fantasy sports applications — which fall under the same law applying the 30% tax — continue to work as usual.

Some exchange officials remain hopeful that the law will be revised to attract more taxpayers, but Indian exchanges seem to be in for more pain in the short term.
16 people liked this article

Crypto News
SHIB INU Briefly Crashes Over Whale Fears
Your favorite dog coin is still hanging in there — even after losing a quarter of its value over the past day.
Bởi {author}
9 months ago
1m"
Crypto News
MoonPay Raises $87 Million from Justin Bieber, Paris, Hilton, Maria Sharapova and Others
Crypto payment company MoonPay raised $87 million from A-list celebrities as part of its Series A round.
Bởi {author}
3 months ago
2m"
Crypto News
Bitcoin's 10 Biggest Moments in 2020
A flash crash, a halving, a record high: These are the 10 defining moments for Bitcoin in 2020.
Bởi {author}
1 year ago
5m"
See all articles