Just Five Altcoins in the Top 100 Are Up Right Now… Which Ones?
Mục lục
Crunching the Numbers
Crypto News

Just Five Altcoins in the Top 100 Are Up Right Now… Which Ones?

It's important to stress that this article shouldn't be regarded as investment advice. The markets are extremely turbulent right now, and things can change in the blink of an eye. 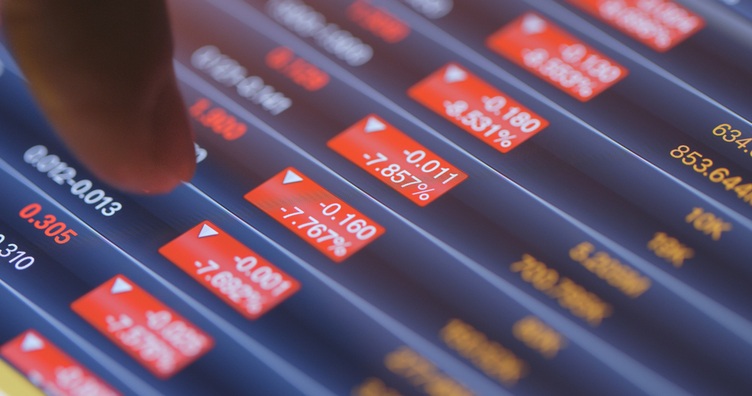 It's been a torrid start to the week for the crypto markets.

That being said, not all altcoins have ended up in the red.

As of 3pm London time on Monday, a small handful of coins in the top 100 by market cap remain in positive territory.

Waves — a blockchain that enables non-fungible tokens, decentralized autonomous organizations and custom tokens to be created — is actually up by 9% over the past 24 hours.

While this may seem impressive on the face of it, WAVES may be overcompensating after a shock plunge of 16.3% in the space of three hours last Thursday.

NEAR Protocol is also bucking the trend after surging by 5%.

The Proof-of-Stake blockchain describes itself as a "climate-neutral, high-speed and low transaction fee" network — and there doesn't seem to be any major news development in particular that's driving today's gains.

Lido DAO is up 4.3%, and much of this was linked to excitement over an upcoming listing on Binance, the exchange that owns CoinMarketCap.

But this doesn't tell the entire story. LDO actually fell by 33% in the space of three hours earlier on Monday as the token's value tumbled from $3.36 to $2.25.

Axie Infinity — which is still licking its wounds after being caught up in the biggest crypto hack of all time — has risen by 2.68% at the time of writing.

There are still signs that the embattled project is still being punished after crypto worth $625 million was stolen from the Ronin Network.

At the time of writing, AXS is trading at an 81.5% discount from all-time highs set back in November 2021.

That's a far steeper decline over the past six months than what Bitcoin and Ether have suffered — with both of these cryptocurrencies down by about 52%.

Last but not least, 1inch Network narrowly makes it onto the list of altcoins that are currently clinging on to some gains. It's up by a very modest 0.52%.

Overall, just five cryptocurrencies out of the top 100 by market cap are currently registering gains on a 24-hour timeframe right now — stablecoins excluded.

It's important to stress that this article shouldn't be regarded as investment advice — nor a suggestion that these cryptocurrencies are worth buying because they're the only ones in positive territory. The markets are extremely turbulent right now, and things can change in the blink of an eye.

A sizable number of altcoins have suffered double-digit losses over the past day as painful selloffs continue.

Algorand and STEPN are currently the two biggest losers in the top 100 — both down by close to 13%.
Tezos, Polkadot, Shiba Inu and Enjin Coin aren't too far behind.
Aave, Kava, Cardano and Cronos have also shed more than 10% — along with THORChain, Curve DAO Token and Theta Network.
10 people liked this article

Crypto News
Celsius Network Fully Pays Off Maker Loan — What Does This Mean for Customers?
This is significant because it means Celsius can now reclaim over $440 million worth of collateral in the form of Wrapped Bitcoin.
Bởi {author}
2 months ago
2m"
Altcoins
These are the Worst Performing IDOs of 2021
Not all IDOs go to the moon. Check out which tokens made the cut for worst performing IDOs of 2021.
Bởi {author}
9 months ago
3m"
Crypto News
Bitcoin Banknotes Could Soon Exist... Is This Really a Good Idea?
Noteworthy's bold idea creates more questions than answers.
Bởi {author}
1 year ago
2m"
See all articles