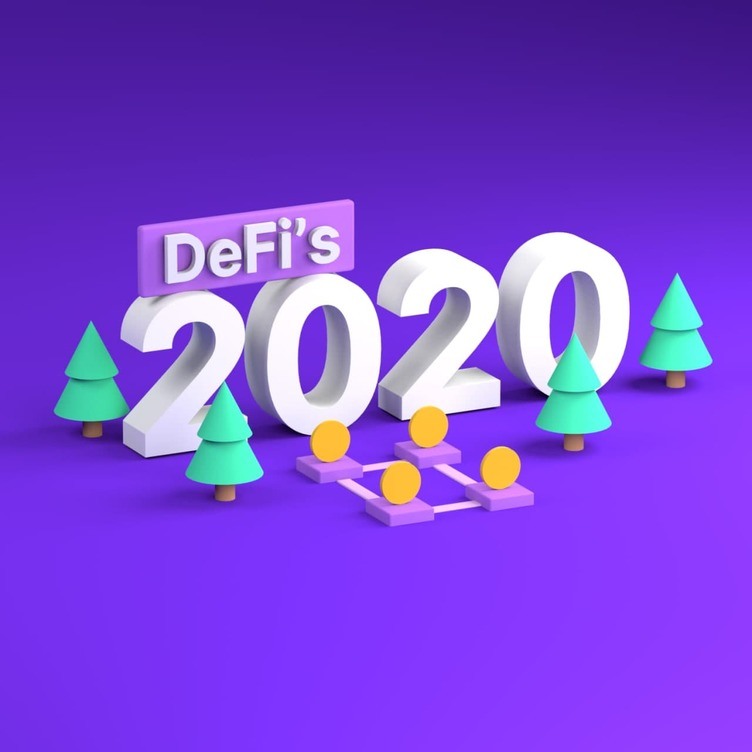 Twelve months ago, decentralized finance was exceedingly niche. But over the course of this year, it’s become one of the biggest buzzwords in crypto — attracting billions of dollars in investment as a result. Here, we take a look at the highs (and lows) in a countdown of DeFi’s 10 biggest moments in 2020.

10. The year of the DeFi token

Also in September, when DeFi hype was at its peak, Uniswap caused a splash when it announced plans to distribute 150 million UNI to everyone who has used the decentralized exchange. Each UNI was worth $3 at the time and it quickly hit highs of $8.44 — meaning lucky recipients could have cashed out with a profit of $3,376.

Uniswap’s status as the world’s biggest DEX was threatened through a dramatic fork. SushiSwap’s debut saw millions of dollars in liquidity leave Uniswap, but this new upstart itself faced ruin when its creator withdrew $14 million from a fund intended for developers. Uniswap suffered further headwinds when its yield farming program came to an end in November — with the total value locked in the platform decreasing by $1 billion in under 24 hours.

As November began, BTC was the center of attention once again as prices began to surge. Binance’s DeFi Composite Index declined by more than 60% at one point, with the exchange revealing that some DeFi tokens had lost up to 90% of their gains. Curiously, this didn’t appear to have much of an effect on the total value locked in protocols.

It wasn’t all doom and gloom. Several tokens staged an impressive recovery, and figures from Dune Analytics showed that the number of DeFi users has climbed substantially as the year drew to a close. There were about 580,000 people using these protocols at the start of October — but by mid-December, this had almost doubled to 1.12 million.

5. DeFi crimes go through the roof, too

Sensing an opportunity, cybercriminals increasingly turned their attention to DeFi over the course of 2020. According to CipherTrace, about 20% of the funds lost to hacks and theft in the first 10 months of the year came from the decentralized finance space — an alarming statistic given how DeFi hacks were “virtually negligible” back in 2019.

Crypto’s flash crash in March caused carnage for MakerDAO. On Black Thursday, the value of Ether fell sharply — meaning that the collateral used to secure loans was automatically auctioned off. In some cases, those buying the debt were able to put in bids of 0 DAI and get significant chunks of ETH in return, creating millions of dollars in debt. New MKR tokens needed to be minted to plug the gap and save Maker from collapse.

In the aftermath of the sell-offs, a class action lawsuit was filed in which investors claimed they suffered six-figure losses when their collateralized debt positions were abruptly liquidated. The organization was accused of “intentionally misrepresenting the risks” that investors faced. Arbitration proceedings in the $28 million lawsuit began in late September.

Aside from the danger of losing all your money, a report by BraveNewCoin unveiled a series of other serious risks associated with DeFi. They included the threat of Ethereum experiencing network congestion that results in higher fees and failed transactions, critical vulnerabilities in smart contracts, poor design, and regulation that could result in protocols getting shut down.

It hasn’t all been doom and gloom though. The total value locked in DeFi protocols has continued to rise steadily despite all of this drama — increasing by a staggering 2,300% over the course of 2020. With institutional interest at unprecedented levels, and new applications emerging all the time, it’s going to be fascinating to see how DeFi evolves in 2021.

Crypto News
FTX Asks To Subpoena Sam Bankman-Fried, His Family and Top Lieutenants
The executives and lawyers seeking to unwind FTX's abysmally recorded assets have complained that they are getting no cooperation.
Bởi Leo Jakobson
5 hours ago
3m"
NFTs
NFT Contest in Nike's Web3 Venue .Swoosh Offers Designers Access and Royalties
The virtual sneaker design contest will pair winners with Nike designers to create virtual kicks that could be dropped with its first NFT drop.
Bởi Leo Jakobson
5 hours ago
2m"
Crypto News
FBI Hacks Hive Ransomware Gang, Saving 300 Victims $130M
The FBI infiltrated the Hive network in July, stealing decryption codes for some 1,300 old and new attacks, as well as contributing to a sizable drop in ransomware payments in 2022.
Bởi Leo Jakobson
5 hours ago
4m"
See all articles