Wanna read an interesting story? Strap in for a wild story about a crypto exchange that grew to be one of the biggest in the world before financial trouble and hacks brought it to its knees! 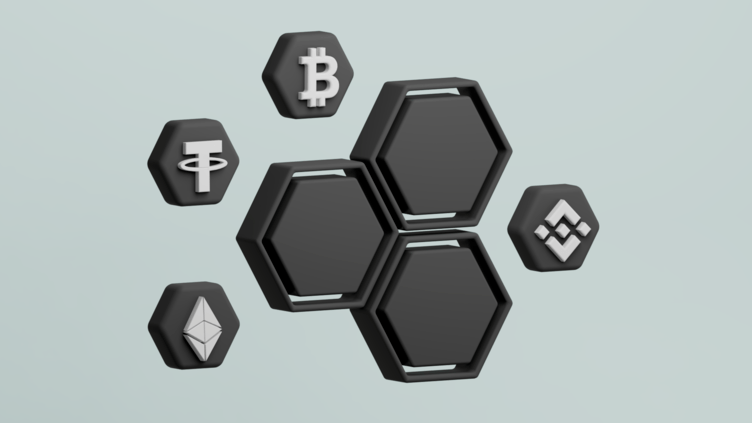 If the last crypto bull run was your first, you probably have never heard of Cryptopia.

Strap in for a wild story about a crypto exchange from New Zealand that grew to be one of the biggest in the world before financial trouble and hacks brought it to its knees.

Rob Dawson and Adam Clark, two software developers from Christchurch, New Zealand, initially started Cryptopia as a hobby. In 2016, though, things started getting serious. The two founders quit their jobs and threw their savings into Cryptopia to pursue the exchange full-time. One year later, Bitcoin peaked on its infamous 2017 bull run.

"We're in an unprecedented time with adoption and interest in cryptocurrencies and blockchain surging and Cryptopia is dedicated to being a quality service provider in this evolving landscape."

- Rob Dawson December 2017
In May 2017, Cryptopia issued its first stablecoin - the NZDT, a coin pegged to the New Zealand dollar. It was one of the early attempts to establish a stablecoin in a still fledgling market.
Cryptopia's user base surged from 30,000 users at the beginning of 2017 to one million in December 2017. It grew from two employees to over 50, had over 400 coins listed for trading, and way over $1 million in volume per day, a massive amount in 2017.

In January 2018, Cryptopia hit 1.4 million users. It surpassed the 2 million mark at the end of 2018. However, its astronomic rise was also the reason for its eventual fall.

Cryptopia's Turn for the Worse

As a consequence of the surge in users, the platform started experiencing technical difficulties. This caused the founders to suspend sign-ups and some trading activity temporarily.

- Rob Dawson, January 2018.
However, users were unsatisfied with trading in markets like Litecoin and Dogecoin (far less popular in 2018 than in 2021), so they took to Twitter to voice their anger

"As these guys are extremely hard to reach for outsiders the only point of contact for their clients is to create a support ticket. But since they just ignore those, all people with problems are now currently in the dark."

The problems didn't stop there. At the end of January 2018, Cryptopia had its ASB bank account closed and had to stop deposits to its NZDT stablecoin. On February 9, 2018, Cryptopia had to close accounts for NZDT and forced users to withdraw their funds. Reportedly, Cryptopia stumbled over the bank's anti-money-laundering laws and had to pull the plug on its stablecoin as a consequence. The NZDT was to be re-released in early 2019. It never came to that, though.

On January 15, 2019, Cryptopia announced that it had suffered a security breach.
Back then, there was speculation that the hack may be part of an exit scam. Police said in its investigation that they were keeping "an open mind" to all possibilities. 19,391 ether were transferred to unknown wallets, with significant amounts of other ERC-20 tokens going missing as well.
On January 29, 2019, another 1,675 ETH were stolen from over 17,000 Cryptopia accounts.
Cryptopia resumed trading on 40 trading pairs in March 2019, but not without several users accusing it of insider play and manipulating trades. The comeback was short-lived, and in May 2019, the exchange went into liquidation, led by consultancy and audit firm, Grant Thornton New Zealand, as liquidators.

Grant Thornton realized the magnitude of the task, calling it in "the best interests of stakeholders" and warning users that liquidation may take months rather than years.

That turned out to be a prescient statement as the liquidation process developed into an endless saga that keeps dragging on. It became quickly evident that Cryptopia would struggle to pay out its creditors because of missing data. Its debt was about $4.22 million, with users in the US, Germany, the Netherlands, and Russia the most exposed.
The case has dragged on ever since. Grant Thornton managed to recover some funds, although the complex interior dealings made it impossible for the liquidators to put an estimate on when all the money would be recovered (and if that would be the case). At one point, even the High Court of New Zealand chipped in and found Cryptopia to be liable.
The claims process eventually started in December 2020, though not after a creditor sued Grant Thornton over alleged ethics failures. To top things off, in July 2021, news surfaced that a former employee stole $170,000 in crypto from the exchange, though he was allegedly not connected to the hack. In its final update from December 2021, Grant Thornton announced that 76% of creditors had already interacted with the claims process. However, it did not release information about the progress of the actual refunds being processed.

Cryptopia is a forgotten classic when it comes to crypto exchange hacks - a cautionary example of how dirty things get when an exchange gets hacked and goes under. Although the allegations that the hack was an insider job were never confirmed nor denied. The situation turned into an endless nightmare for creditors regardless. Cryptopia remains an unfinished story to this day.

Crypto Basics
Week in DeFi: Frax Leads LSD Race, MetaMask Hops on the Bandwagon
Another exciting week in DeFi as markets rally and the LSD narrative heats up — check out our weekly roundup of the most important DeFi tweets, news and alpha you can't miss out.
Bởi 0xKira
2 days ago
4m"
Crypto Basics
What Are Cryptocurrency Hedge Funds?
Cryptocurrency hedge funds work much like traditional hedge funds in that they allow individual investors to contribute to an expert-managed investment pot.
Bởi Daniel Phillips
1 week ago
6m"
Crypto Basics
Blockchain Gaming: Pipedream or Prophesy?
CoinMarketCap Alexandria analyzes the state of blockchain gaming in 2023 — and its future potential.
Bởi Daniel Phillips
1 week ago
7m"
See all articles